In conjunction with the Maximum India Festival in Washington D.C., architecture firm Serie Architects (based out of London and Mumbai and headed by Christopher Lee and Kapil Gupta) has created “The Monsoon Club”, a multi-purpose performance space at the Kennedy Center For The Performing Arts.  The installation piece converts the Kennedy Center’s terrace gallery into an atmospheric and intimate space with its “floating carpet” above, a 3-dimensional carpet which has been suspended over the main space.  It’s made with a system of colored threads whose overall graphic pattern creates a dynamic sense of movement and a brilliant sense of materiality, all the while hiding the necessary technical equipment up above.  The pattern was influenced by traditional “dhurries”, a type of flat-woven rug in India which provides for a poetic salute to India and the festival’s guests.  There are four different colors used in the threads (white and three shades of blue), and the installation piece took 2 months and 20 people to install including 5 staff members from Serie Architects and 15 students (and let’s not forget the countless Indian food delivery guys who always seem to get left out of the credits).  The threads are secured into 120 plywood panels which are themselves secured to the exisiting concrete ceiling, and the plywood panels are drilled with a pixelated grid of holes that hold the more than 1,000,000 threads.  A complex network of tagging and coding was used for the assembly.  The Maximum India Festival ran from March 1-20, 2011, so your chances of ever seeing this installation for yourself are Minimal.  (All images courtesy of Serie Architects). 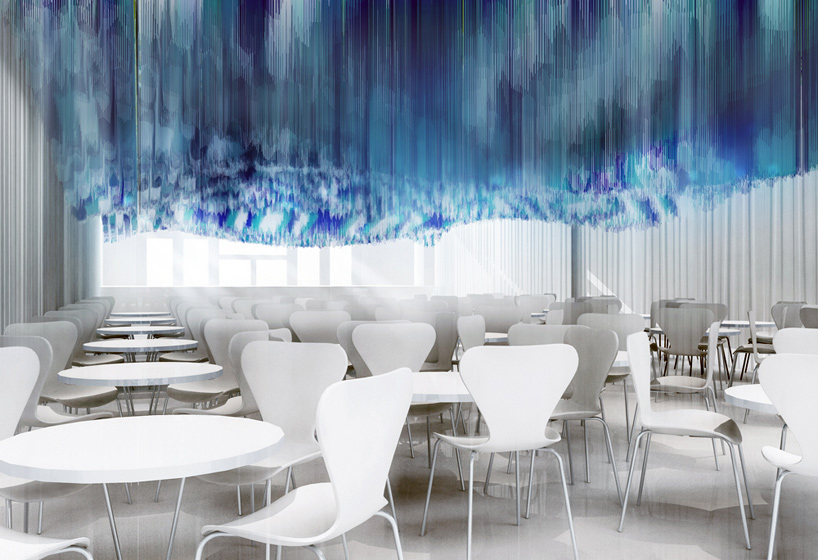 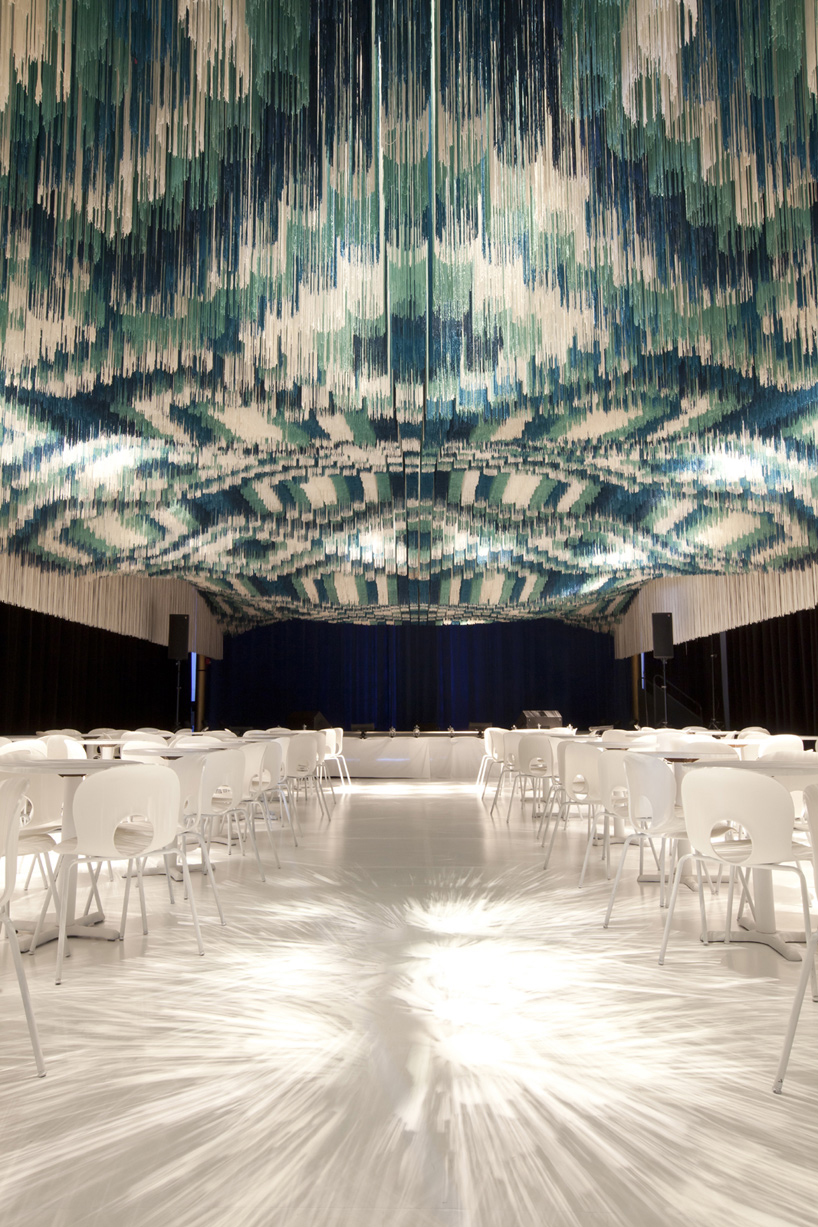 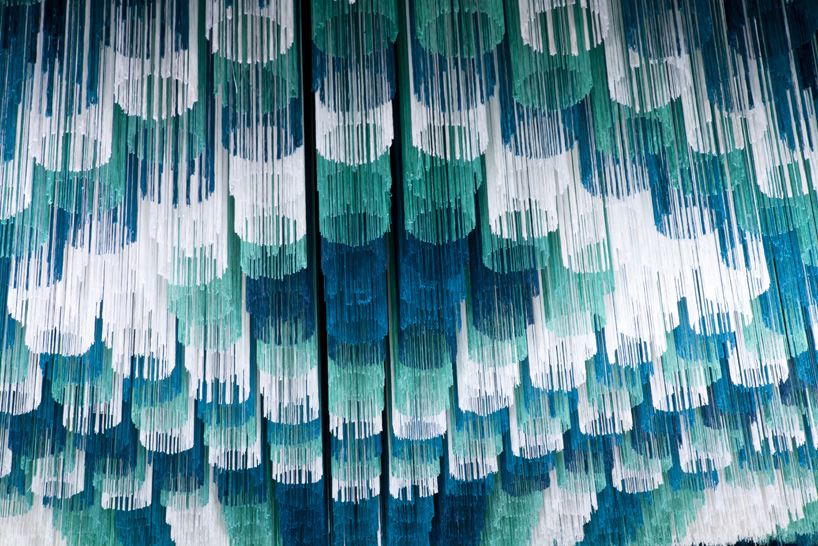 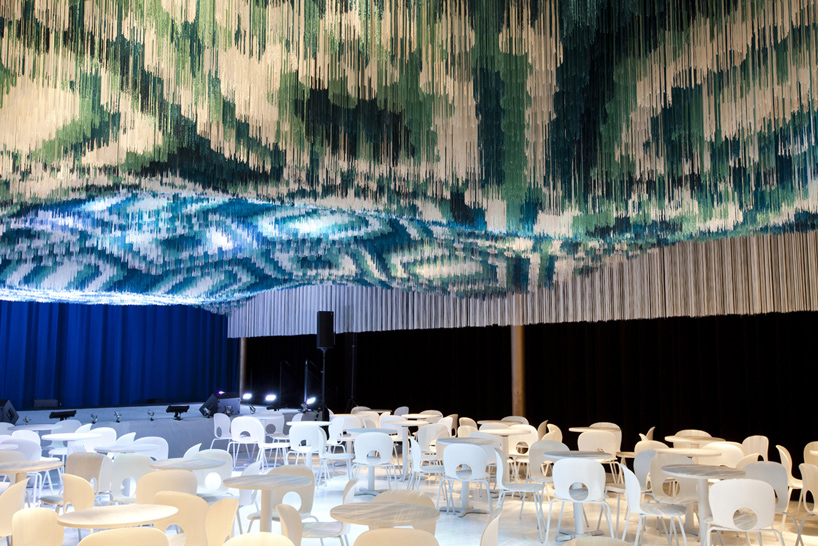 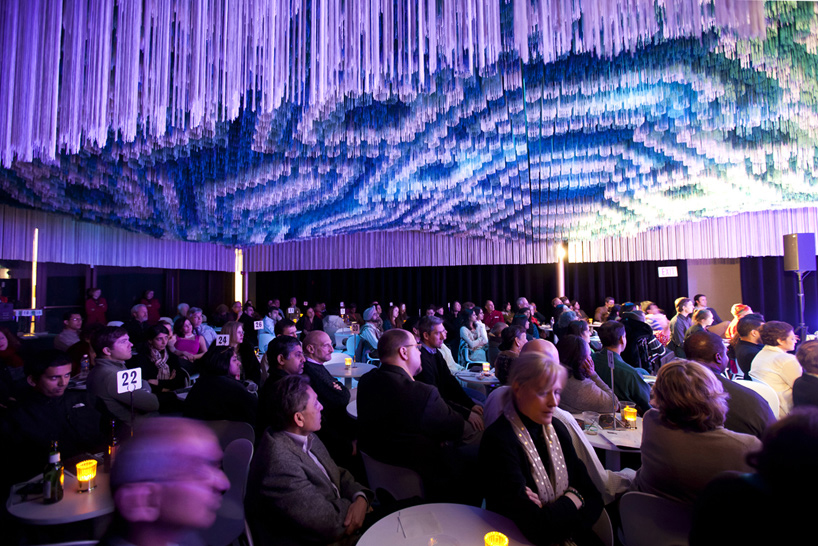 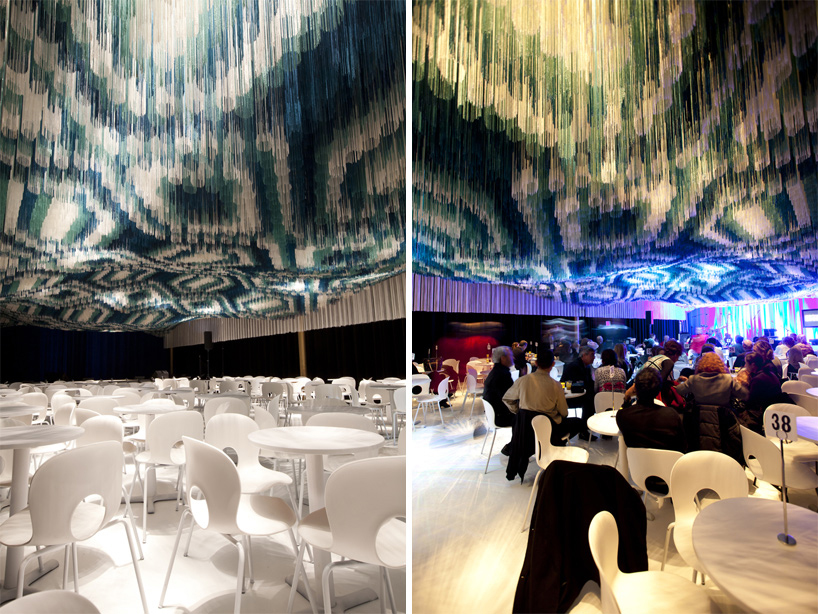 Previous post:
The 1993 “60 Minutes” Interview That Launched The Career Of Judge Judy, One Of The Wealthiest and Most Powerful People On Television Next Post:
Obama Holds Town Hall At Facebook Headquarters Today As Zuckerberg Continues To Wrap Washington Around His Finger