There’s something so uniquely revelatory about an old map.  Apart from literature or song, a map is an incredible combination of reality, extrapolation, unknowns, artistry, geography, the cosmos, and s many other elements.  I just came across this terrific BBC documentary series “The Beauty Of Maps” which goes deep inside London’s British Library and its staggering collection of maps numbering more than 4 million.  One of the first they profile is the Hereford Mappa Mundi dating to 1300 A.D. when Britain was on the verge of the Renaissance and Dante was about to embark on his Divine Comedy. It is the world’s oldest surviving wall map, and it measures 158 cm by 133 cm, some 52″ in diameter and is the largest medieval map known to still exist: “The Hereford Mappa Mundi has inspired wonder and caused confusion for centuries. It seems to defy logic: it’s a map and a medieval encyclopedia that charts both the known world of the physical and the unknown world of belief.” Get ready for some incredible map porn ladies and gentlemen: 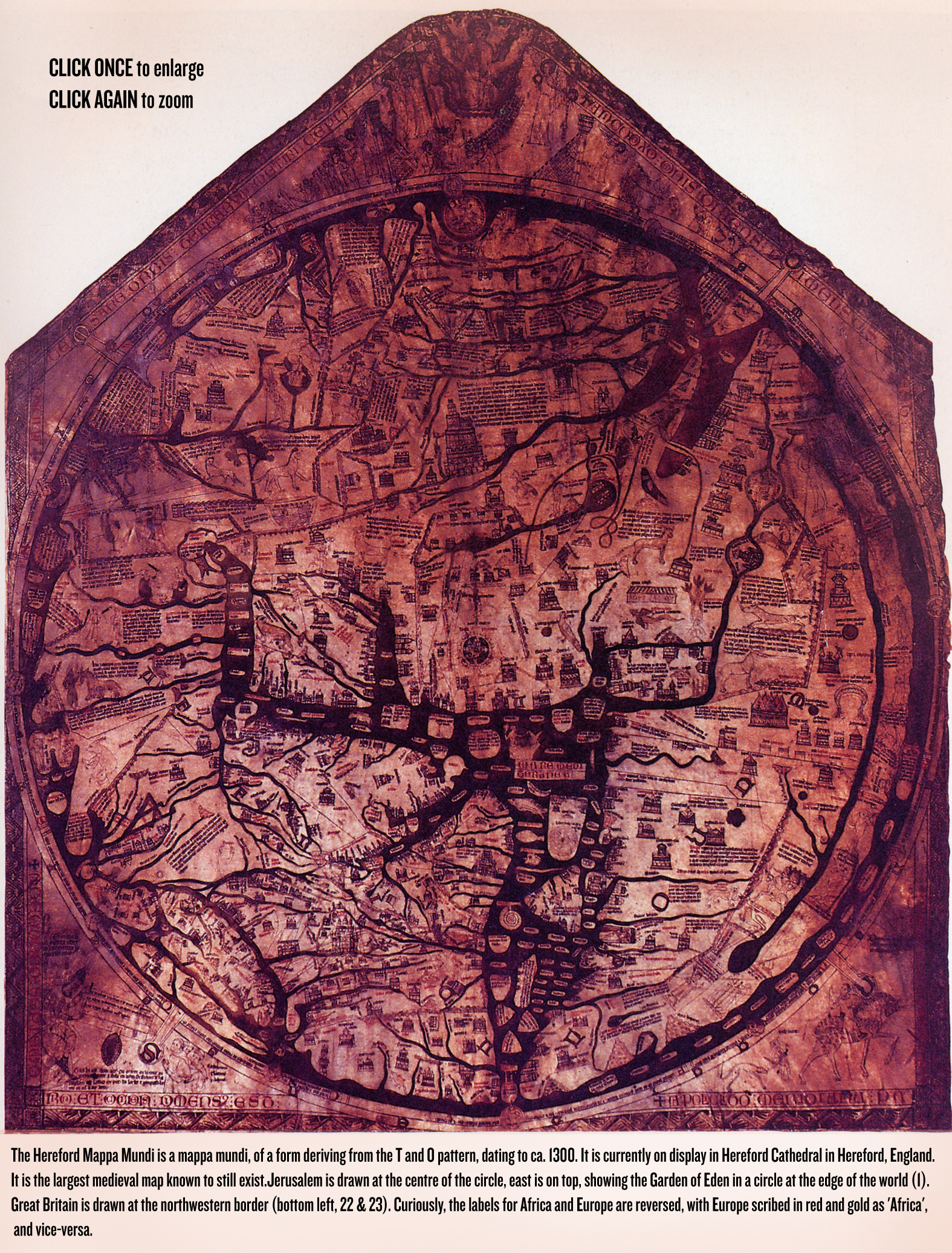