Patricia Sund is a guest keeper at the Cincinnati Zoo and she just posted this clip of Cookie, one of the zoos youngest little penguins (yes, that’s the real species name), the smallest penguin species in existence.  Cookie is reportedly the mascot of the Zoo Bird House, but she’s not without her problems: she suffers from what’s known as “bumblefoot” which requires her sock to be changed daily. The Los Angeles Times reports that little penguins, also called blue penguins or fairy penguins, are native to the coastlines of southern Australia and New Zealand, and to-date, 22 little penguins have been hatched at the Cincinnati Zoo. And by the way, I shiver and squeal in the exact same way when I’m tickled on the belly like that too. 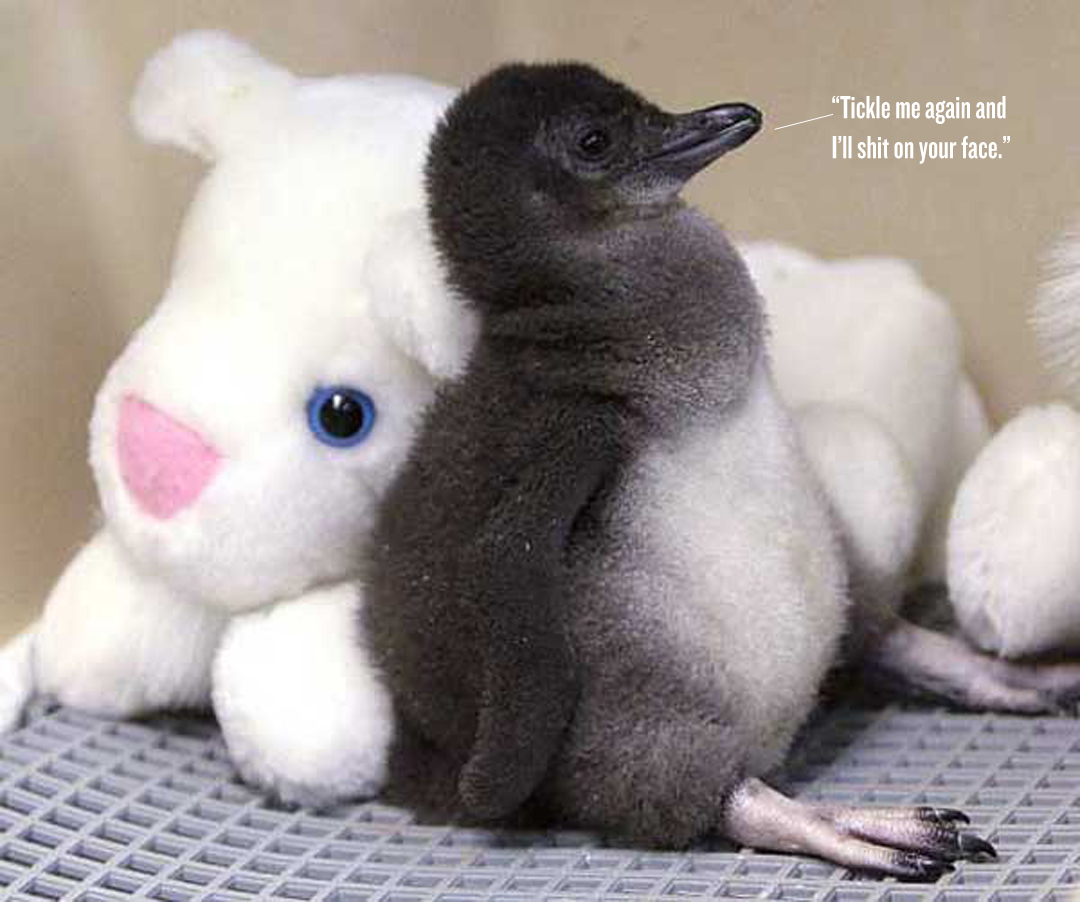 Sources: The Huffington Post and The Los Angeles Times

Previous post:
The Parish Of Little Clifton “Pines/Sun” Next Post:
The 1993 “60 Minutes” Interview That Launched The Career Of Judge Judy, One Of The Wealthiest and Most Powerful People On Television