I thought this rug design by brothers Mauricio and Sebastián Lara was pretty damn smart.  I’m sure after a while I would get tired of it, but it would be a great thing to pull out for an acid party with your friends at the cottage (“Duuuuuude…I think the entire living room is being sucked into your carpet man!”). The weaving technique originated in Tibet some 3000 years old, and the Odabashian Rug Company executed the Lara brothers’ design earlier this year for an exhibition at the Franz Mayer Museum in Mexico City. Their press release says the rug is made in India by Nepalese craftsmen, and the materials used to weave it are from New Zealand, Egypt and India. The rug reminded me of a painting I had seen at the Guggenheim in New York about ten years ago.  Imagine a painting that was about 2-feet tall by 10-feet long with 5 deep perspective square rooms in a row.  As you walked past it, however, the perspective moves in the exact opposite direction as it does in reality.  I just spent the past 15 minutes trying to track down a video to show you what happens, and after some clever keyword searches I finally found the damn thing and you can check it out below. 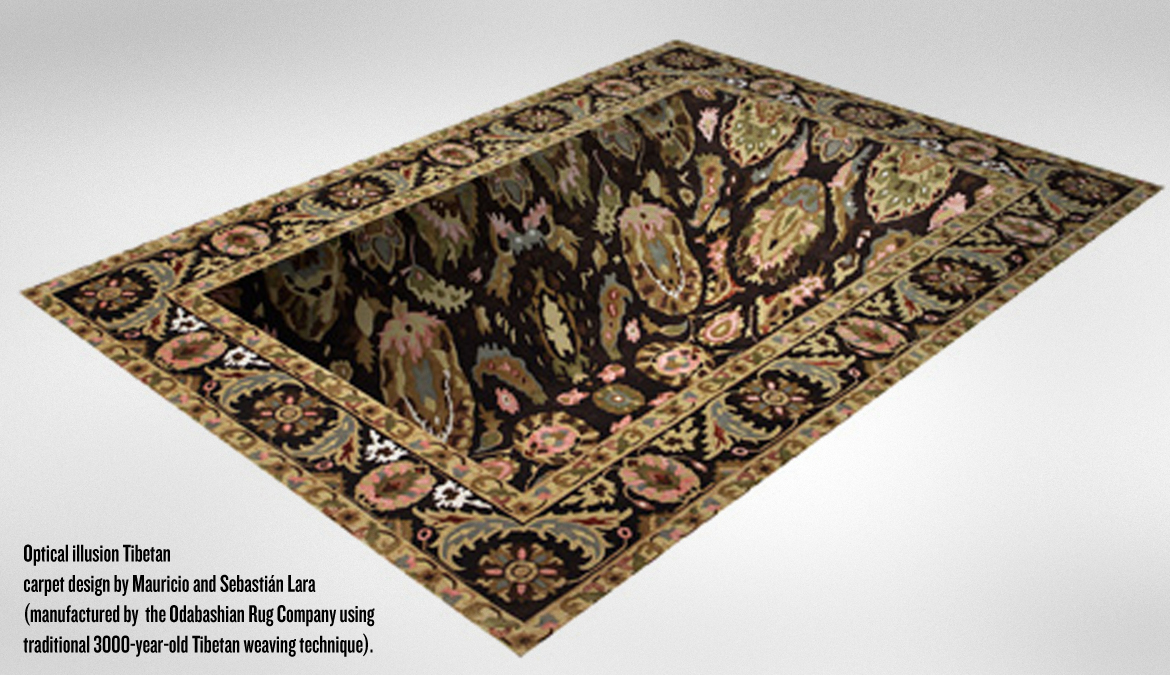