My Impromptu Night With Ricky Martin

One of my clients was nice enough to surprise me with a couple free Ricky Martin tickets for tonight’s show here in Montreal.  I can’t say I’m familiar with all of Ricky’s music, but I can’t say I’m a newcomer either.  My friend Joey came as my plus-one and each of our vidas got a little more loca for 1.5 hours.  I’ve gotta hand it to Ricky though because he’s one classy bitch.  I caught his recent appearance on Oprah where he walked us through his life story (he just released a new autobiography entitled Me, which makes sense because You would have made no sense at all) and I was seriously touched.  He has two babies, a rock solid relationship with his partner, and is inspiring a whole generation young gay latinos to hold their heads high and be proud of who they are.  It’s easy to take for granted sometimes how gay culture is so interwoven with daily life here in Montreal.  Being gay here carries about as much significance in the minds of Montrealers as what brand of floor wax you use.  Nobody gives a shit — 100% freedom.  Latin America is a whole other ball game though, where the closet is a very, very populated place.  The most amazing thing I learned from watching that Oprah episode was seeing the testimonials of so many young latinos who were personally thanking Ricky for making the process of coming out to their families so much easier.  This, ladies and gentlemen, is where the power of celebrity has one its finest, most impressive hours.  Ricky is making a whole lot of people’s lives so much better than they would have been had he not been so forthcoming about his own life story.  And you’re not just an inspiration to the latino gay community Ricky — me and my friends salute you for being an incredible role model for so many gay men around the world.  Those two baby boys of yours are two of the luckiest kids on earth.  Oh, and I almost forgot to mention: AMAZING SHOW! 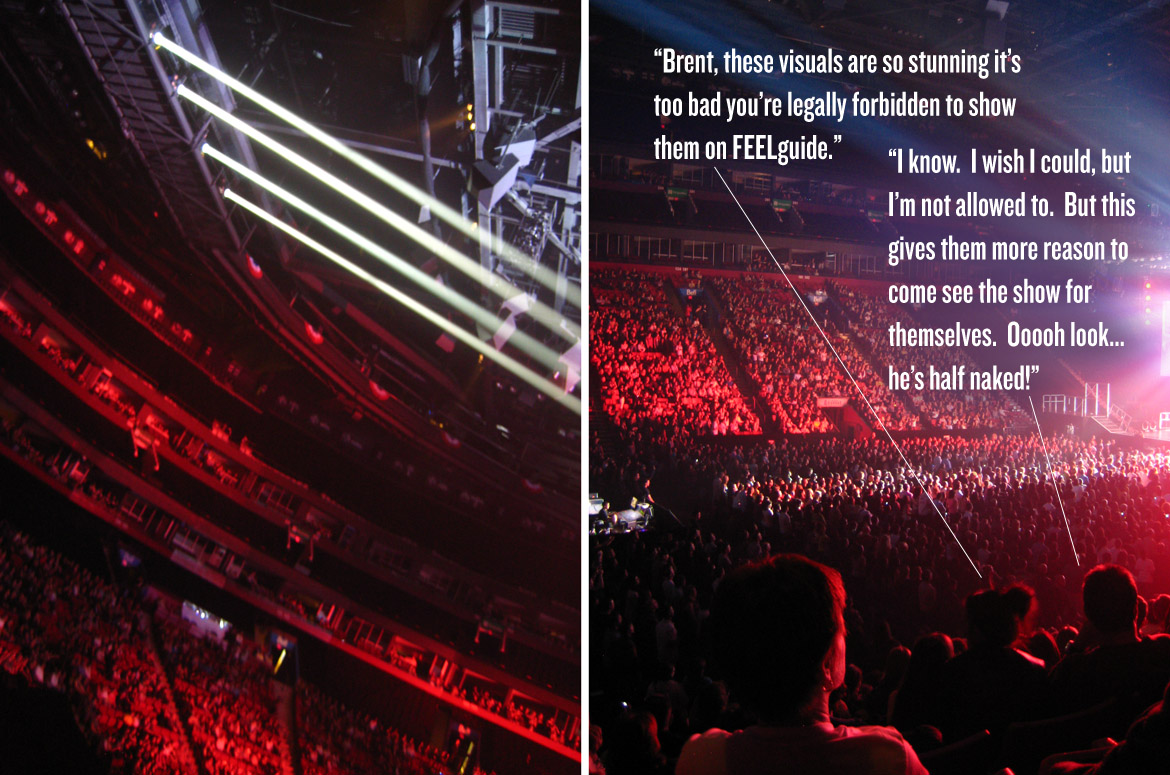 Previous post:
Popular Science Ranks The Hottest Gadgets Of April 2011 (Ready To Be Outdone By the May Gadgets) Next Post:
The Rave Reviews For “Bill Cunningham New York” Make Me Wish I Didn’t Have To Wait One Day Longer To See It