21-Year-Old Stanley Kubrick’s First Assignment As A Photojournalist For The 1949 Story “Chicago: A City Of Contrasts”

Long before The Shining and 2001: A Space Odyssey (the greatest movie ever made by-the-way) Stanley Kubrick was just a kid with a dream and a camera.  The guy had mad skills as a photographer, but had a miserable time in high school (he barely graduated in fact).  His first camera was a gift from his dad at age 13, and a mere 8 years later he took a shot of a newstand owner the day after FDR’s death.  It was this shot that secured him a job with LOOK magazine as an apprentice photojournalist.  One of his first assignments was for a story called “Chicago: City Of Contrasts” which sent Kubrick on a journey through the Windy City where he visited night clubs, a lingerie company, a trading floor, a slum, a chi-chi-foo-foo hotel suite, a boxing ring, and other spots.  Two years later in 1951, Kubrick began working on his first batch of documentaries.  To see more of Kubrick’s photos for his Chicago LOOK assignment, be sure to visit Ology. 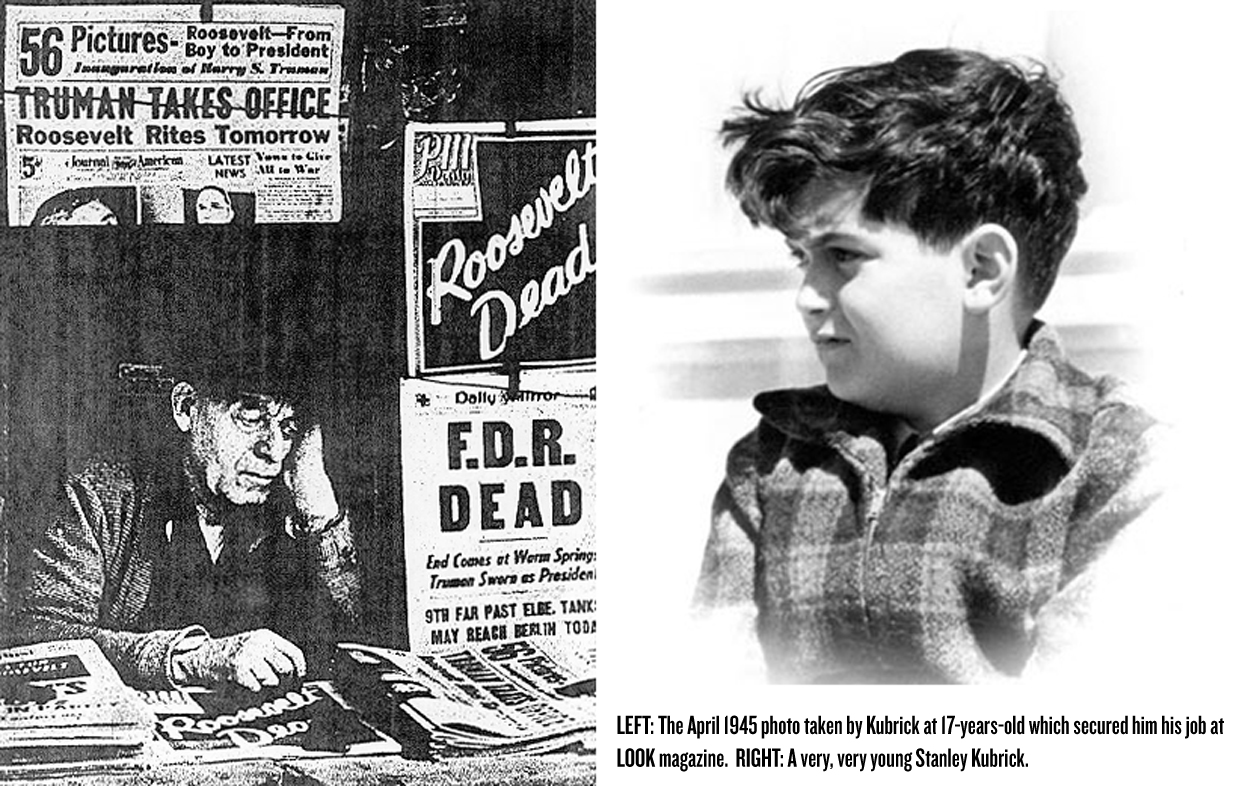 Previous post:
The WTF Files: Alice Cooper And Salvador Dali Next Post:
60 Minutes Gets An Impossibly Rare Tour Of The Vatican Library’s Mindshattering Works Of Art (NOTE: You Absolutely Must Watch This)