I have yet to see Antichrist but Lars Von Trier‘s Dancer In The Dark remains one of the most powerful films I have ever seen, securing Lars a front row seat in my heart.  Dogville starring Nicole Kidman — another brilliant offering from Von Trier — was easily one of the most overlooked films of 2003. The man is a certified cinematic genius and it looks to me like he’s just getting warmed up.  I finished watching the trailer for his latest film Melancholia a few minutes ago, and can hardly believe my eyes — a visual and conceptual 2-minute feast which has left me wondering if these goosebumps are ever going to go away.  The bombshell cast includes: Kirsten Dunst, Kiefer Sutherland, Alexander Skarsgard, Stellan Skarsgard, John Hurt, Charlotte Rampling, Charlotte Gainsbourg and more, with the stunning digital cinematography of DOP Manuel Alberto Claro. The film centers around a mysterious red planet that has been hiding behind the sun for centuries and is just now coming into sight.  Its trajectory has it headed straight for earth, just as Dunst is celebrating her lavish wedding and beginning of her new life with Skarsgard.  As the planet gets closer, skeletons seem to emerge from everyone’s closets, mysterious events start to take place, and all hell appears to break loose.  The film’s tagline, “A beautiful film about the end of the world,” is no exaggeration.  Melancholia could feasibly debut at Cannes in May since it is scheduled to premiere in Scandinavia at the end of the same month, and its UK premiere is slotted for July 1st.  Magnolia Pictures has the North American rights but they have not made any announcements about its release.  CAN-NOT-WAIT! 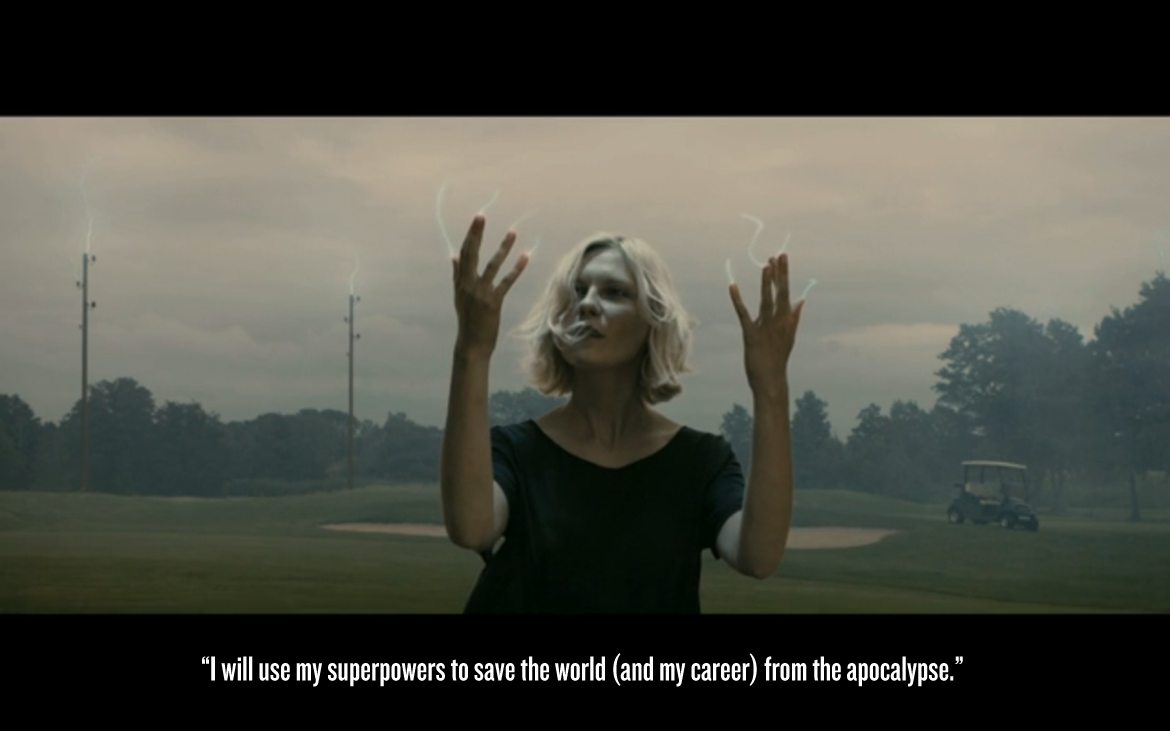