SeeClickFix: The Crime-Fighting And City-Saving Site Inspired By Farmville

Fast Company has a brilliant new article about a company called SeeClickFix based out of New Haven, Connecticut.  Inspired by the countless hours they saw people spending on Farmville building and cultivating online cities, the team at SeeClickFix decided to take that same concept and put it to use in reality.  A couple days ago SeeClickFix launched on Facebook and it encourages users to report “non emergency” alerts about anything from a crime in progress to a pothole on your street.  SeeClickFix then feeds the information to utilities, the government, and the community; the issue is (ideally) fixed; and that information is in turn relayed back to the community. The project is already up-and-running in New Haven where police receive SCF updates on their blackberries.  A representative for New Haven’s police force says the site’s integration with police smart phones has “spearheaded a number of arrests.” To read the full article for more information just head over to Fast Company. To learn more about the company and its site be sure to visit SeeClickFix. 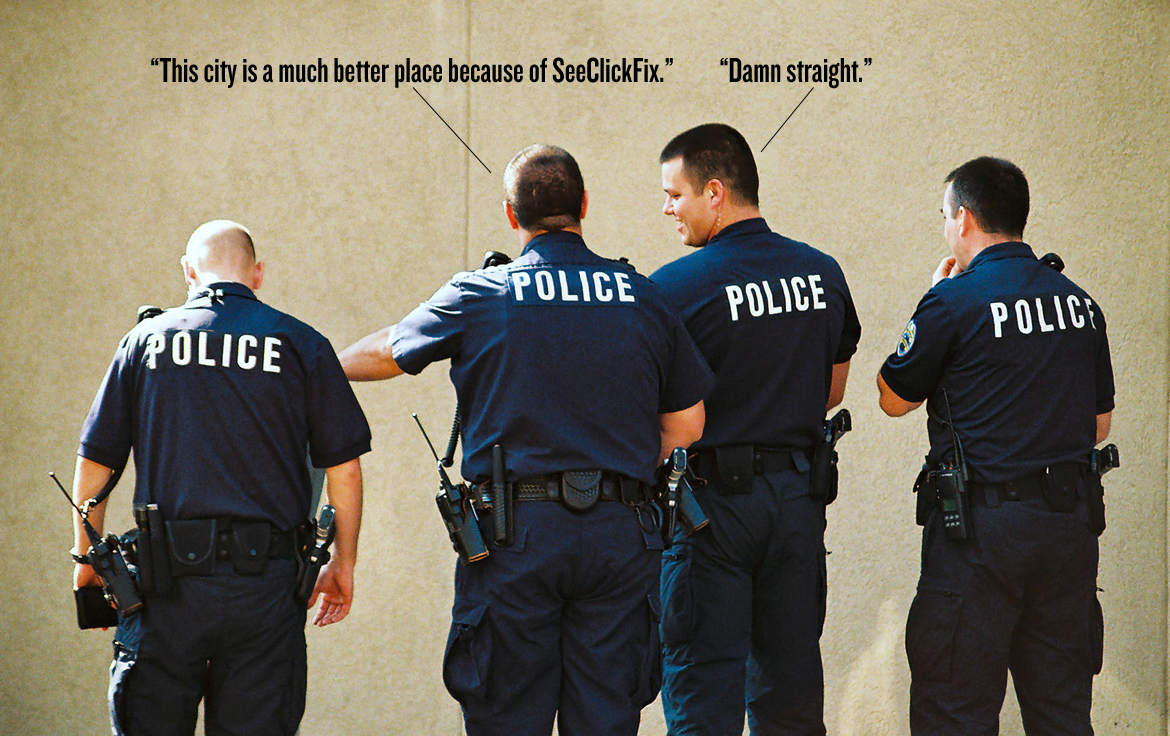