As much as I realize Hollywood’s “bandwagon” effect — whereby one successful idea ends up spawning countless clones — is the norm in show biz, I can’t help but be annoyed with all the superhero nonsense that’s been thrown on the silver screen lately.  Are these films serving as some sort of fuzzy blanket for America in times of uncertainty and waning influence around the world?  Vanity Fair is equally as frustrated and VF columnist James Wolcott just published this essay on the overexposed genre entitled “Superhero Movies: Turn Off The Projector”.  Here’s an excerpt:

… Gridlock conditions have hit the superhero genre, clogging the metropolitan skies, Imax screens, and creative arteries. Pre-emptive fatigue is the only reasonable reaction to the next slate of doomsday scenarios being death-rayed out of the dream factories—battlefield earth has been saved so often from evil-baddie destruction and criminal anarchy that it’s a wonder the planet doesn’t look like a spat-out peach pit by now. How far can Hollywood rummage through the costume bin before the only thing left is Wonder Woman’s training bra?

… Too much money is riding on each start-up or franchise installment to accommodate the air cushion that buoyed the romantic wonder of Christopher Reeve-Margot Kidder flights in Superman, the ironies of Gene Hackman as shiny-scalped evildoer Lex Luthor, scoring laughs with one layup sarcasm after another. The arousing sexuality of Ornella Muti slinking around in a catsuit in Flash Gordon (1980) was answered by Michelle Pfeiffer’s full-bodied meow as Catwoman in Batman Returns (1992), but since then it’s been mostly toys for boys on a Götterdämmerung scale. It’s as if the superhero genre went all-in with steroids, which bulk the muscles and ramp up the aggro but shrink the dangly bits, making them easier to sausage into the Speedos of freedom.

To read the full piece just head over to VanityFair.com. 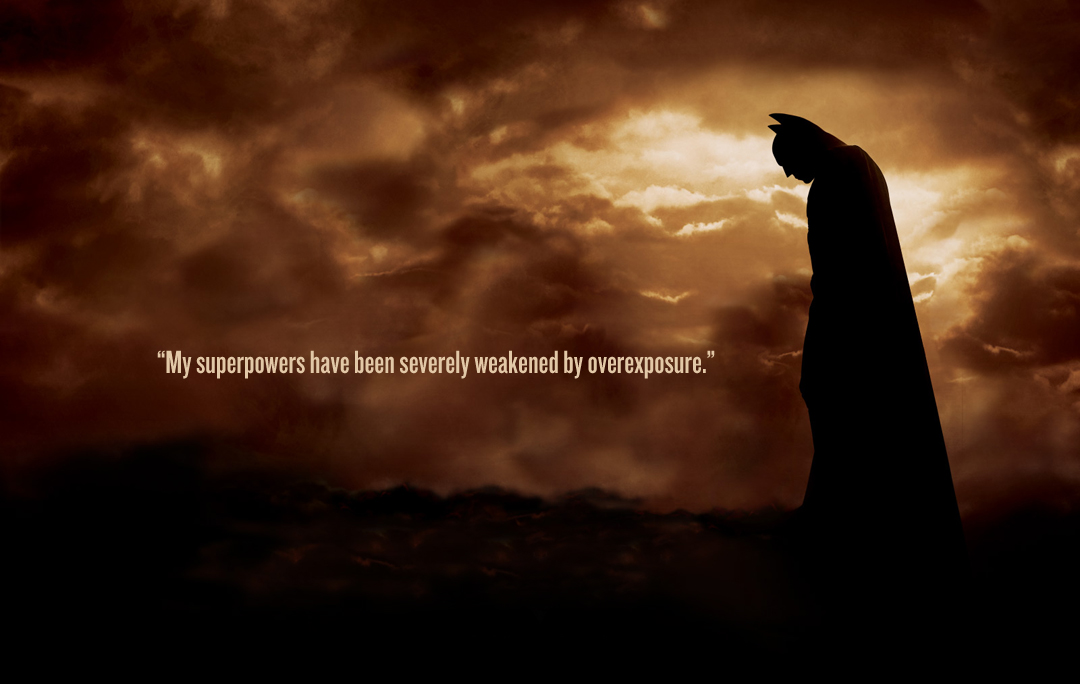