Richard Branson announced this morning his next project: Virgin Oceanic.  Branson will “fly” a special solo sub to the most extreme depths of the ocean floor, including Mariana’s Trench (a depth of 36,201 feet) where no human has ever been. His team if full of an incredible list of impressive scientists and explorers, and his goal is to collect data and images that have never been seen by human eyes and are “unknown to science”.  His submarine will use specially-designed flying wings to propel the ship downwards in much the same way as dolphins and rays. Another facet of the mission is to collect data from the ocean floor.  Virgin is partnering with Google who will stream the dives on Google Maps. All of the data will be added to Google Earth’s interactive map.

An added perk will be a predicted 30 Guinness World Records being set: “Each dive will be the world’s first solo dive to the bottom of the five deepest trenches in the world” he wrote on his blog today. “So there’s 5 just to start with! We will discover a whole new world. A world full of undiscovered species and for those who dream, a world where Spanish galleons have lain unplundered for centuries!” Below is an infographic showing the proposed trek.  For a more detailed image you can head over to Virgin Oceanic’s Flickr. 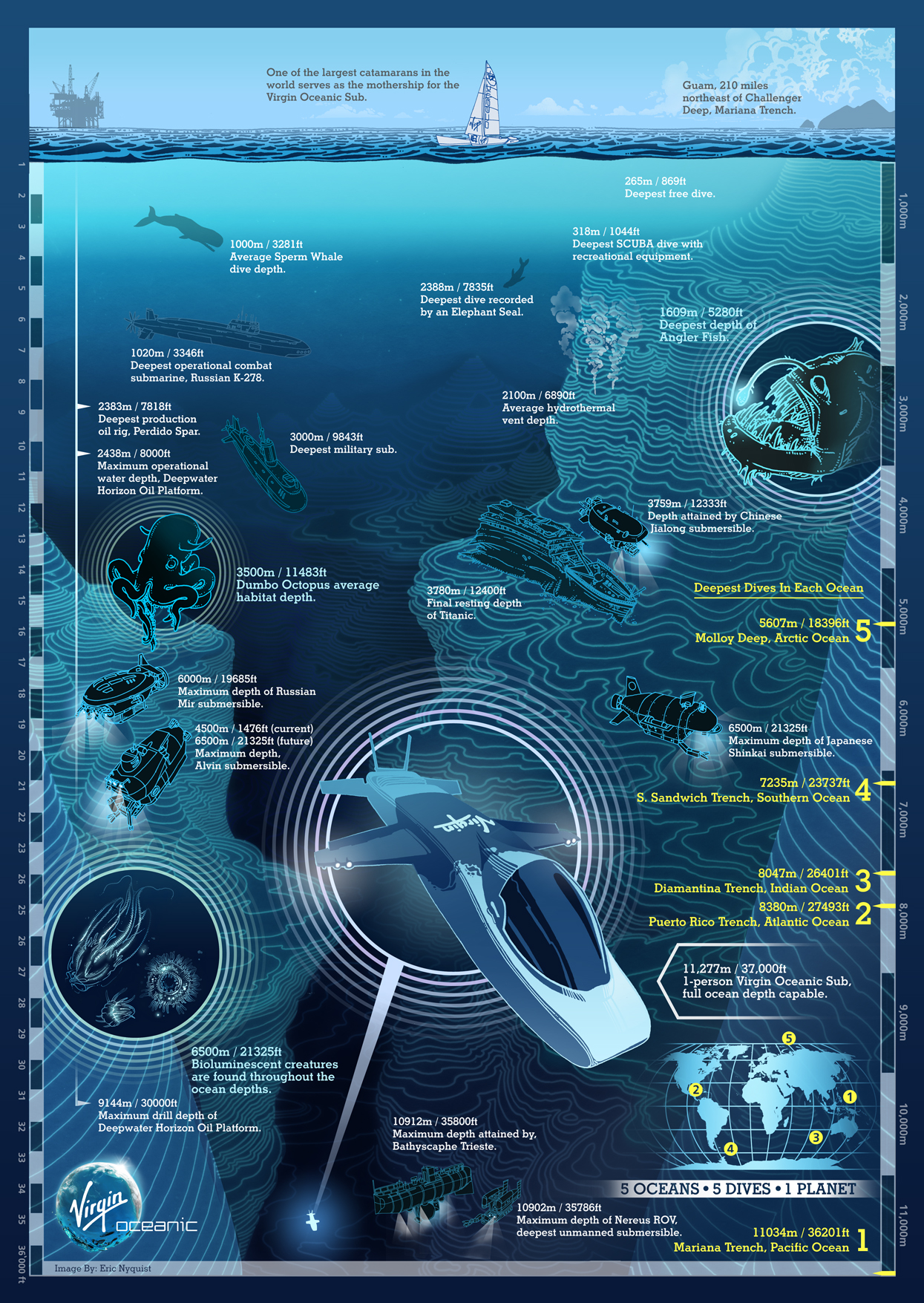