The program for Paris’s new RATP Formation Center was to gather together all of the previously dispersed workshops dedicated to the maintenance of Paris’s transportation system. Designed by French design studio Stéphane Maupin, the facility sits elegantly within its rough urban site which includes: Paris’s main freeway, train tracks, factories, and social housing.  The design was influenced heavily by this juxtaposition by using 22m-tall concrete pillars that clash with raw materials. The triangular site is determined by its parking lot, the existing road, and the existing tracks.  A multi-dimensional atmosphere of various spatial experiences is achieved by use of footbridges, staircases, and aerial lifts. A tripod helix on top of the building mixes the vertical chimney and light projectors.  The design is also covered with numerous solar panels, serving as a beautiful symbol of the company’s environmental ethos in the midst of a storm of urban chaos. 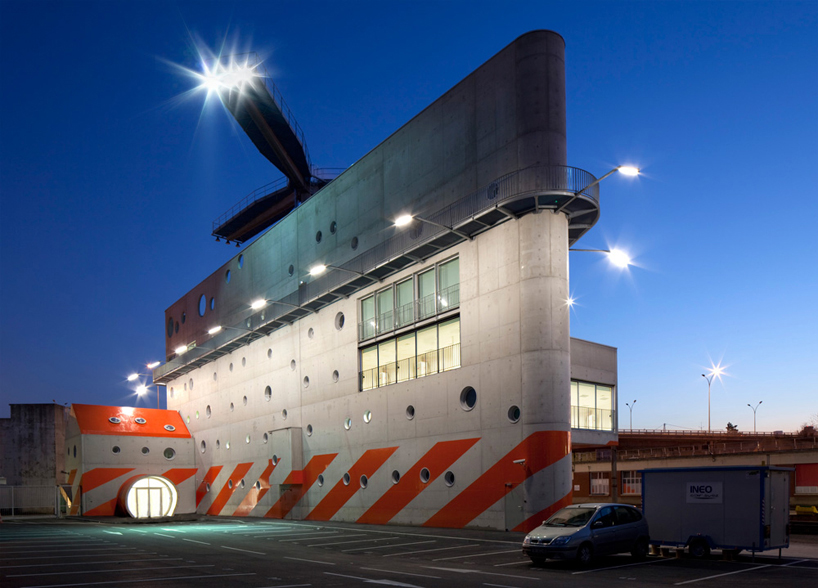 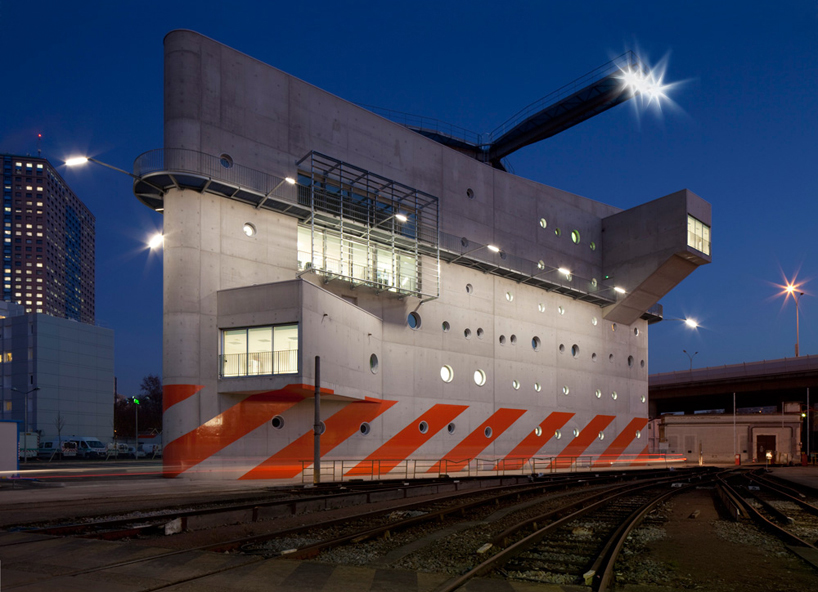 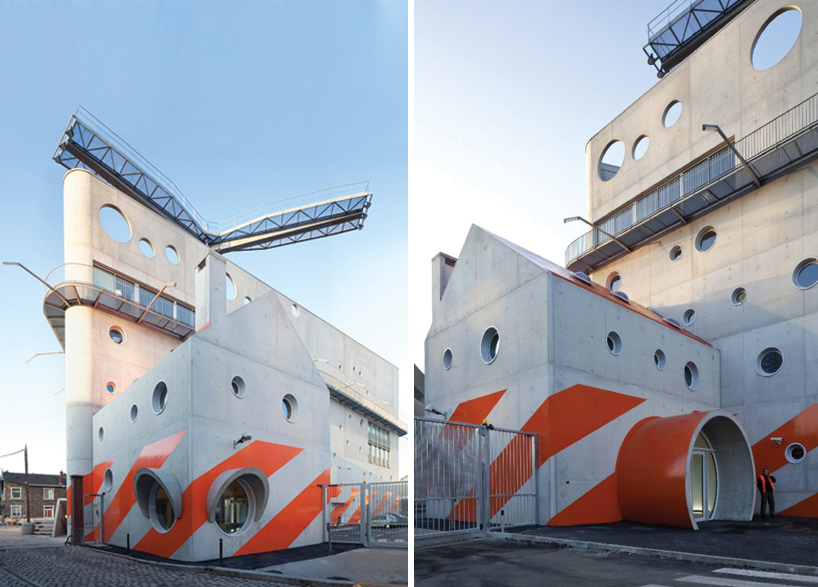 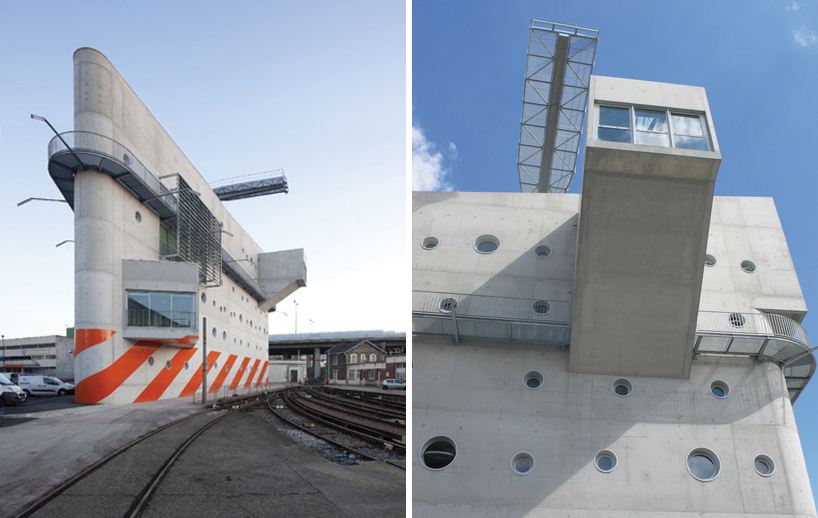 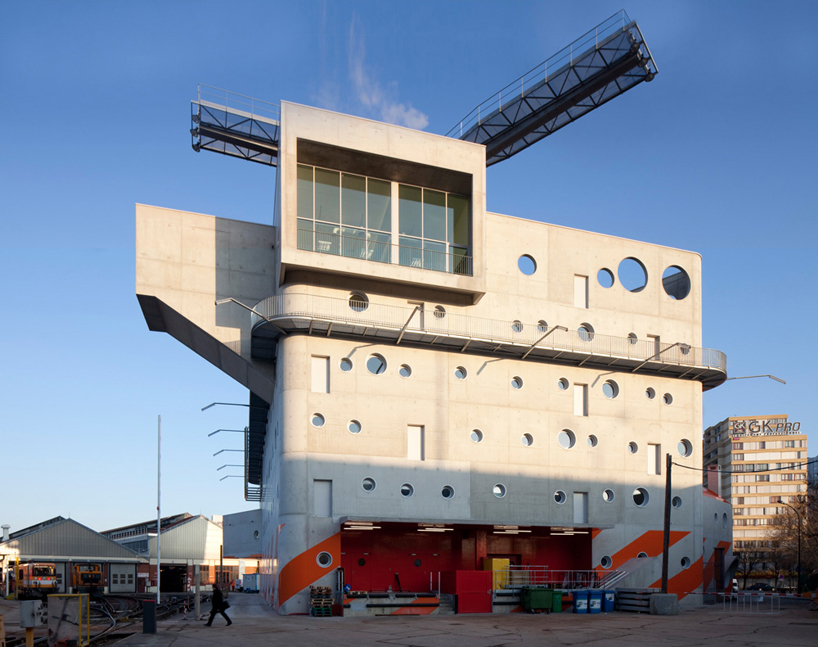 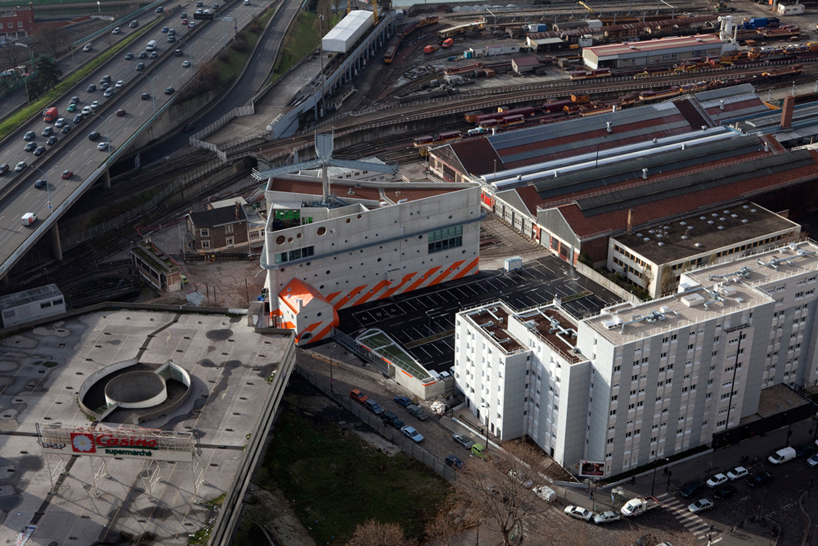 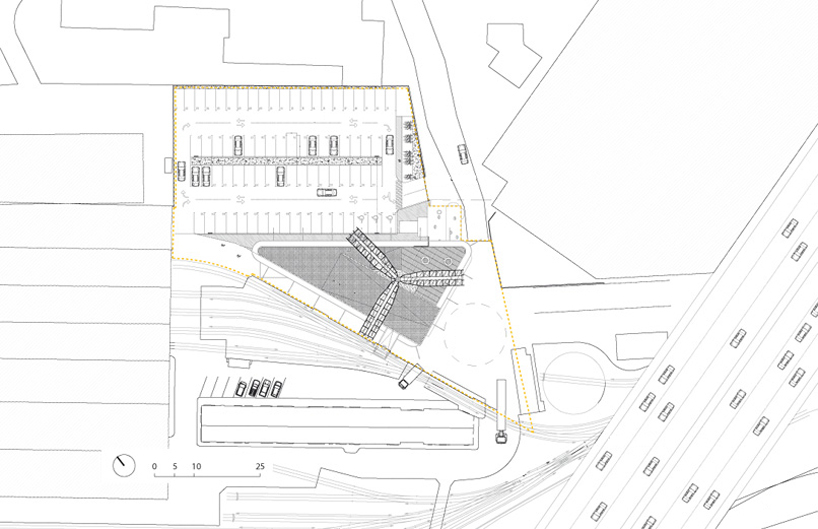