For the first time ever my orchid is about to burst open with a fresh batch of blooms.  I think the mistake I’ve been making for the past year comes from an “expert” I read online a long time ago who recommended dipping the orchid and not soaking it.  As a desperate measure I switched to the 3-hour soak and in less than 3 weeks a 2″-long branch turned into 7″ and it has 4 buds that are growing so fast I can almost see them getting bigger if I stare at them long enough.  I wish I could say it’s one of those super complicated orchids, but it’s just the basic Phalaenopsis variety, but still — I’m a very proud pappa.  I’m very much experiencing a flower “awakening” these past couple weeks, so when I came across the following passage from Eckhart Tolle’s A New Earth it really hit me straight in the heart and soul:

“… Much later, those delicate and fragrant beings we call flowers would come to play an essential part in the evolution of consciousness of another species.  Humans would increasingly be drawn to and fascinated by them.  As the consciousness of human beings developed, flowers were most likely the first thing they came to value that had no utilitarian purpose for them, that is to say, was not linked in some way to survival. They provided inspiration to countless artists, poets, and mystics.  Jesus tells us to contemplate the flowers and learn from them how to live. The Buddha is said to have given a “silent sermon” once during which he held up a flower and gazed at it.  After a while, one of those present, a monk called Mahakasyapa, began to smile.  He is said to have been the only one who had understood the sermon.  Acocording to legend, that smile (that is to say, realization) was handed down by twenty-eight successive masters and much later became the origin of Zen.”

I just found this stunning illustration by the legendary artist Ernst Haeckel, called “Orchids” from his book Art Forms in Nature. If flowers are the doorway to Zen, then I’m sure Haeckel’s illustrations could get you pretty close too.  SEE ALSO: Ernst Haeckel (1834-1919). 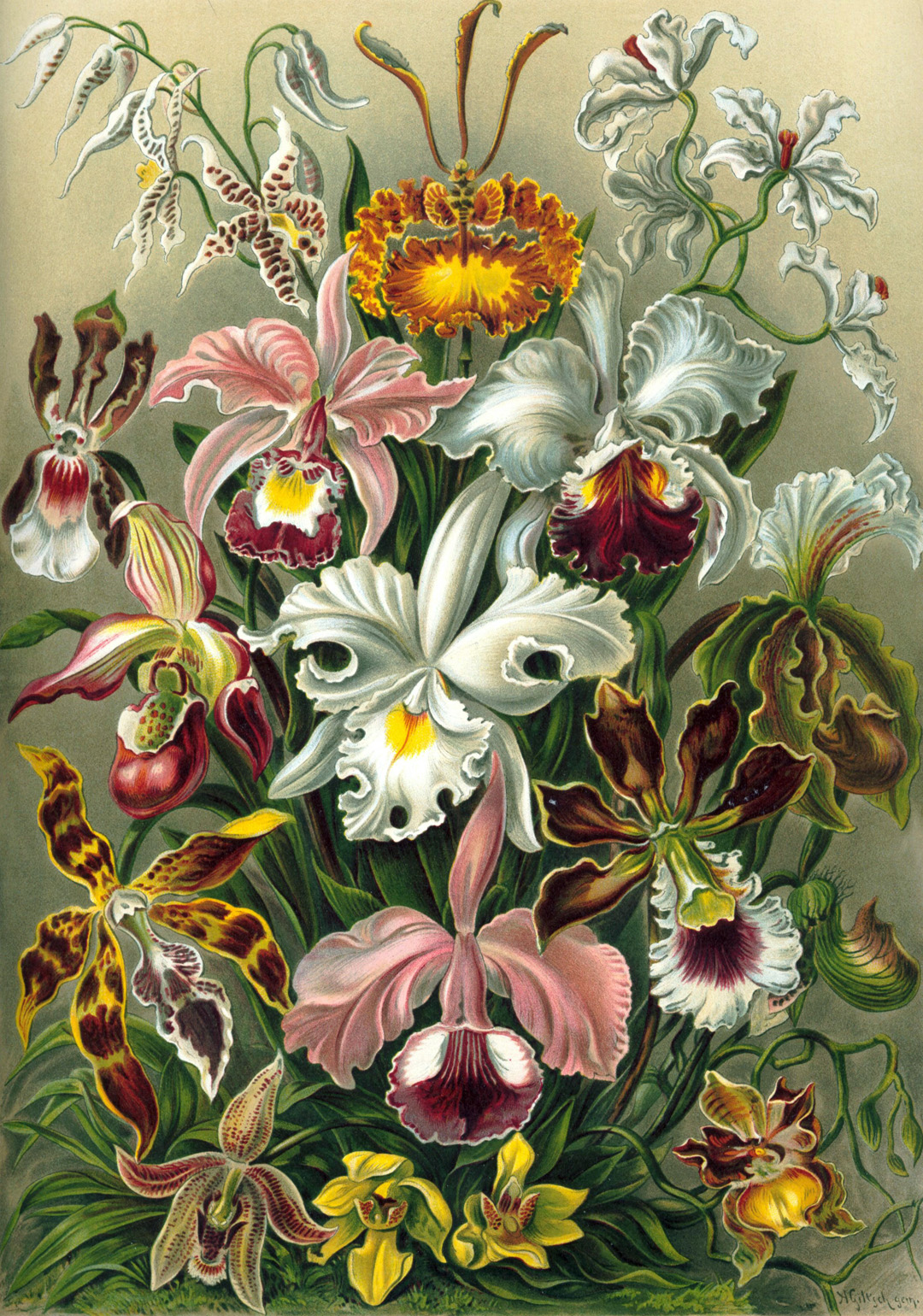