Frank Gehry’s new highrise in New York City is causing some neighboring property owners a lot of headaches.  The 8 Spruce Street building’s “rippled” facade is clad in highly-reflective stainless steel. This combination has unwittingly created a sun “death ray” effect that focuses the power of the sun into a point and has on more than one occasion set fire to neighboring rooftops including the Verizon Tower, Pace University and the New York Downtown Hospital. The Pace fire started when a vinyl umbrella went up in flames and students were quick to notice which led to it being extinguished quickly.  The Verizon Tower did not get off so easy because its fire had no witnesses and went unnoticed for quite some time, causing extensive damage. 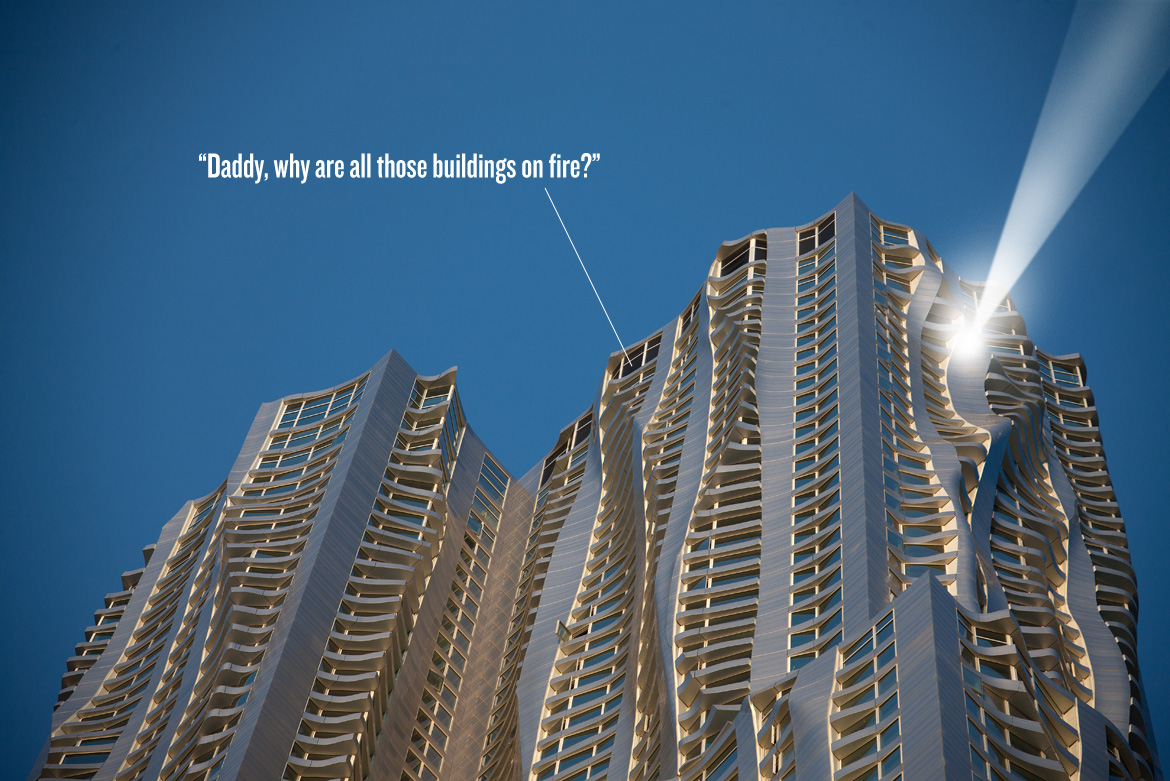