Gallup Asks Youth And Educated Of 148 Countries: “Which Country Would You Love To Move To The Most?”

From 2007-2010, Gallup posed this evocative question to people in 148 countries all over the world. To include an additional dimension, the responses of young people aged 15-29, as well as educated adults, wer also tracked. Together, the conceivable gain in overall population tells a tale of how the wishful relocation of young and educated people could shape what the world would resemble as desires become reality. 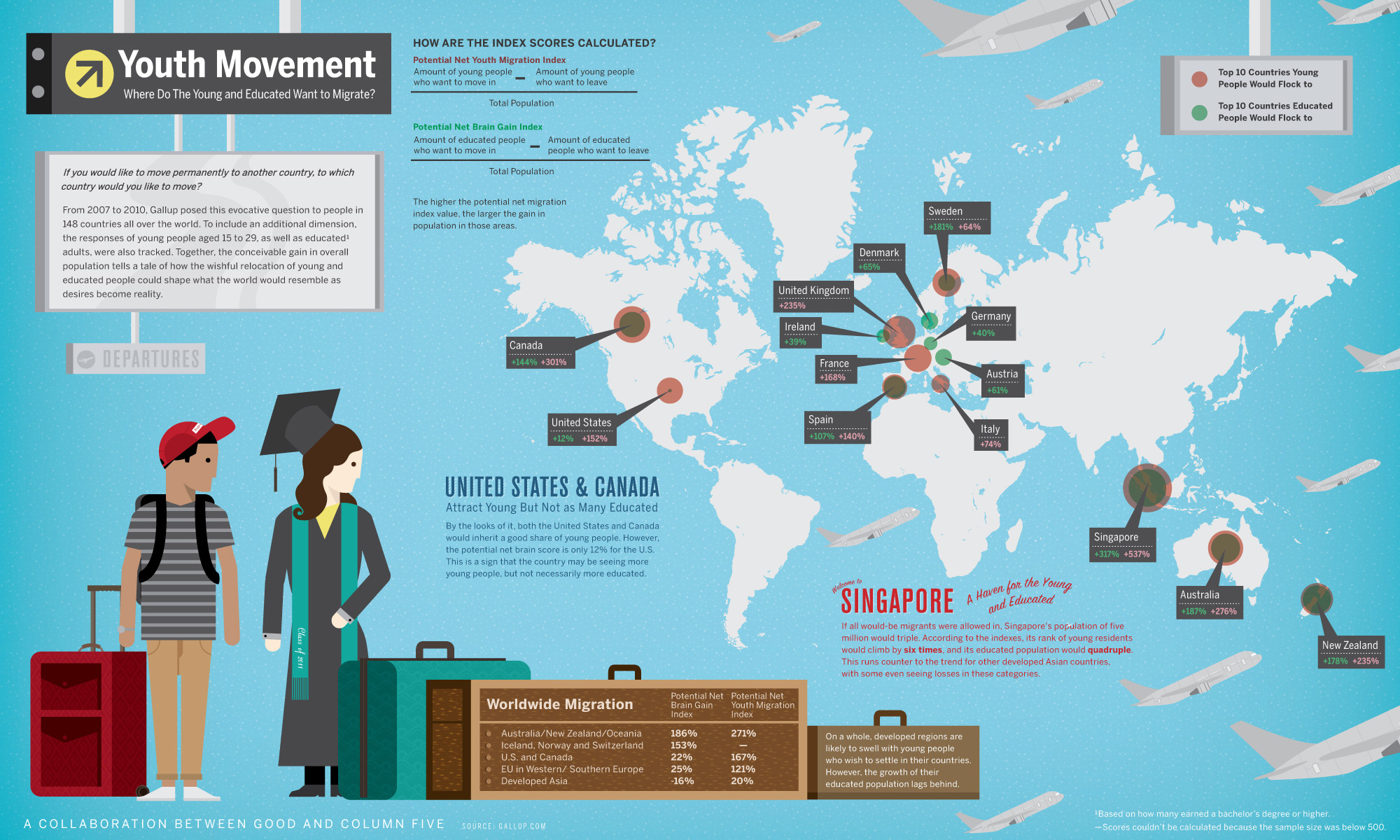 Previous post:
Sublime Magazine Takes A Fascinating Look At The Personal, Sociological, And Psychological Ramifications Of Life With Too Much Technology In “Electric Crazyland” Next Post:
The Music From Terrence Malick’s “The Tree Of Life”