NASA released an image of the planet Mercury yesterday, the first obtained from a spacecraft orbiting the solar system’s innermost planet. The image is the first of many expected to come from the Messenger probe, the first space mission to orbit the planet closest to the sun. The Messenger spacecraft launched on August 3, 2004, and after flybys of Earth, Venus and Mercury, started its historic orbit around Mercury on March 17. The dominant rayed crater in the upper portion of the image is Debussy, according to NASA. The smaller crater, Matabei, with its dark rays, is visible to the west of Debussy. The bottom portion of the full image, which can be seen here,  is near Mercury’s south pole and includes a region of Mercury’s surface not previously seen by spacecraft. Over the next three days, Messenger will acquire 1,185 more images in support of a phase to review spacecraft and instrument performance. The yearlong primary science phase of the mission will begin on April 4, during which it is expected to acquire more than 75,000 images. The Johns Hopkins University Applied Physics Laboratory built and operates the Messenger spacecraft and manages the Discovery-class mission for NASA. Messenger stands for MErcury Surface, Space ENvironment, GEochemistry, and Ranging.

NOTE: CLICK ON IMAGE ONCE TO ENLARGE, AND AGAIN TO ZOOM IN. 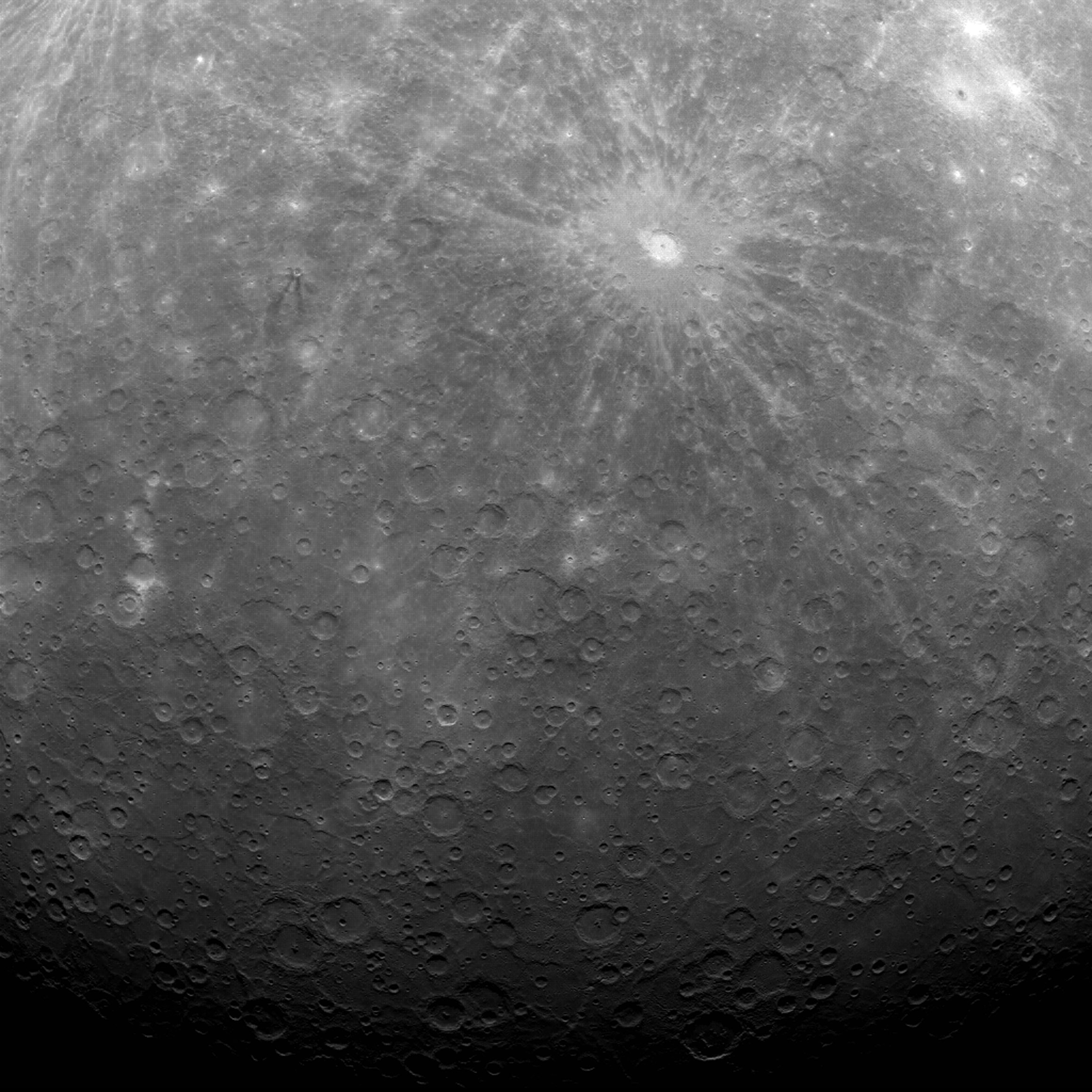