Anna Wintour: “We ALL Get Dressed For Bill Cunningham”

I just came across this very interesting trailer for the documentary on Bill Cunningham, a legendary guerilla fashion photographer in New York, and the original Sartorialist.  And even though Anna Wintour (and most of New York’s socialite crowd) are terrified of Bill’s criticism, the director of Bill Cunningham New York, Richard Press, is not.  Here’s an excerpt from the Interview Magazine sit-down with Richard who, unlike Anna Wintour, does not get dressed for Bill:

“No,” he says. “I have my little uniform. It’s very minimalist. I just kind of wear the same thing every day.” Press’s ethos is similar to that of the documentary’s subject, the iconic New York Times photographer who is known for maintaining a monotonous style while photographing the city’s originals. Matching uniform for uniform, Press followed Cunningham—who hasn’t seen the movie, according to the director—around to create a film that shows Cunningham on the street, at New York parties, and in his home. In doing so, he writes a cultural history of the city, revolving around one of its most faithful chroniclers. We talked to Press about making the film, New York, and cyclists.

ESTHER ZUCKERMAN: When did you first see a Bill Cunningham photograph?

RICHARD PRESS: God, I mean, I grew up in New York, so I grew up reading the Sunday Times. It’s always something I’ve been aware of, since my childhood.

ZUCKERMAN: What made you decide you wanted to make this film, though?

PRESS: I always have admired what Bill does, his body of work. I think it’s a really important, seminal body of work. For me, the impetus of the film was really trying to capture this very singular individual. It was really about who Bill is as a person, how he’s chosen to live his life, his worth ethic, his kind of religious dedication to his work, his morals. It was really about trying to capture a really rare bird. There were other threads that were important to me, because I think Bill celebrates creativity and self-expression, and I want the movie to be about that as well and be a celebration of New York. So it’s really a lot of different kind of threads, all through the lens of Bill Cunningham.

You can read the entire interview at Interview Magazine’s blog.  And check out the trailer below: 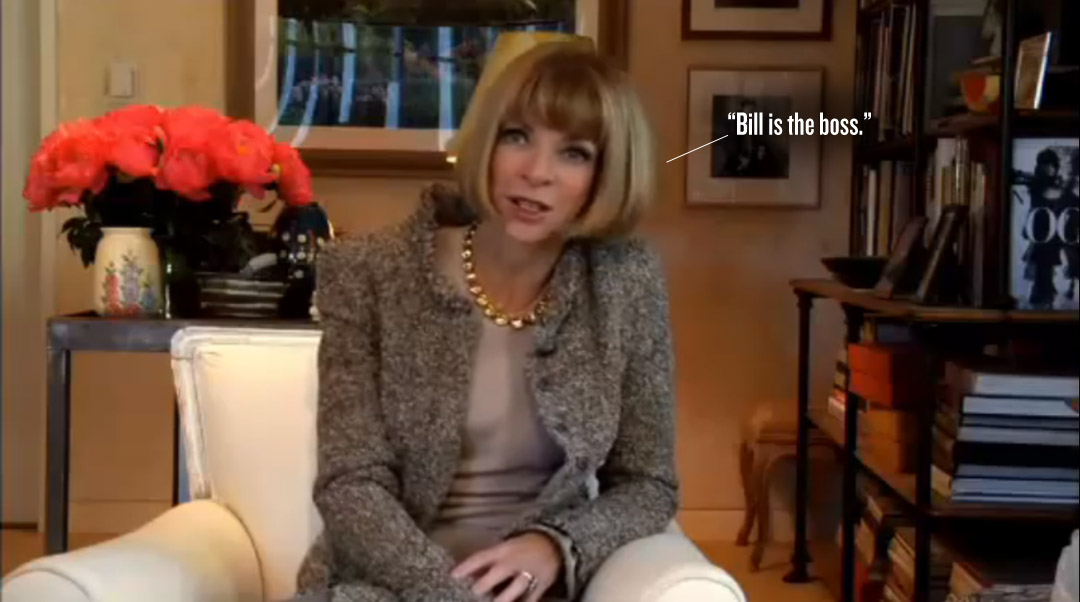