First publised in Mind Hacks (February 5, 2011) by Vaughan Bell..☛..The Psychologist has an engrossing article on the psychology behind the “7 Deadly Sins” and how they relate to modern life. The piece is full of fascinating and counter-intuitive snapshots from the science of social emotions. For example:

Whereas the success and status of others can provoke envy, pride is what we feel when the success and status are our own. Pride, like envy is a human universal, and is another of the sins considered by psychology to be an emotion. Darwin categorised it alongside states such as vanity and suspicion as a “complex emotion”. He also anticipated contemporary research showing that the expression of pride – head held high, arms raised – is recognised universally across cultures and by children as young as four. In 2008 Jessica Tracy at the University of British Columbia and David Matsumoto at San Francisco State University studied congenitally blind Olympic judo competitors and found that they too showed pride in this way, even though they can’t ever have seen a pride display by anyone else.

For a link to the full article just jump over The Psychologist. For more fascinating finds like this you must check out my newest favorite blog Mind Hacks. 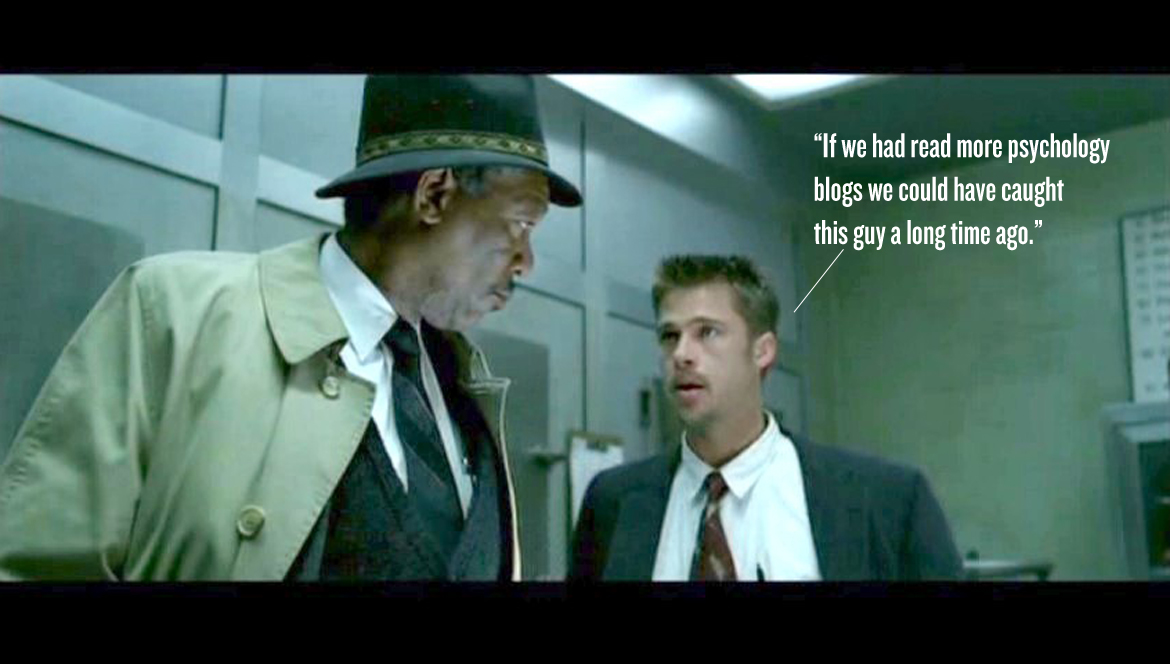