First publised in Daily Mail (March 16, 2011)..☛..Hovering in the sky, this rainbow cloud over Mount Everest took an astonished astronomer by surprise. Oleg Bartunov, 51, caught the spectacle on camera during a Himalayas expedition in Nepal. His two images show almost the whole spectrum of the rainbow in a natural event rarely recorded at Mount Everest. The phenomenon is caused by light reflecting off tiny ice crystals inside the body of the cloud’s water vapor.

“I only took a couple of shots as I was overwhelmed with feelings and wanted to see everything with my eyes and prolong the moment,” Mr Bartunov said. “The light was coming from the sun, which was right under the clouds at the perfect angle to create the magical effect.” When he witnessed the event he could hardly believe this eyes, so asked others nearby to confirm that it really was a rainbow cloud. Mr Bartunov, who is a fellow at the Sternberg Astronomical Institute in Moscow, said: “There was a group of elderly English women there. I told them to look at the clouds and they started to moan and sigh and started to photograph the clouds with their small photo cameras. Later I asked many local people who were there if they saw these clouds,” he added. “Not many had seen them before either, so it must be a very rare event. It’s not a surprise as people rarely watch the sky at that altitude because the sun’s rays are more harmful to the eyes up there.”

The psychedelic nature of the rainbow cloud wasn’t lost on Mr Bartunov. He said: “If this was the 60s I could have sworn it was some kind of album by The Beatles because the colours were so vivid and dream-like.” 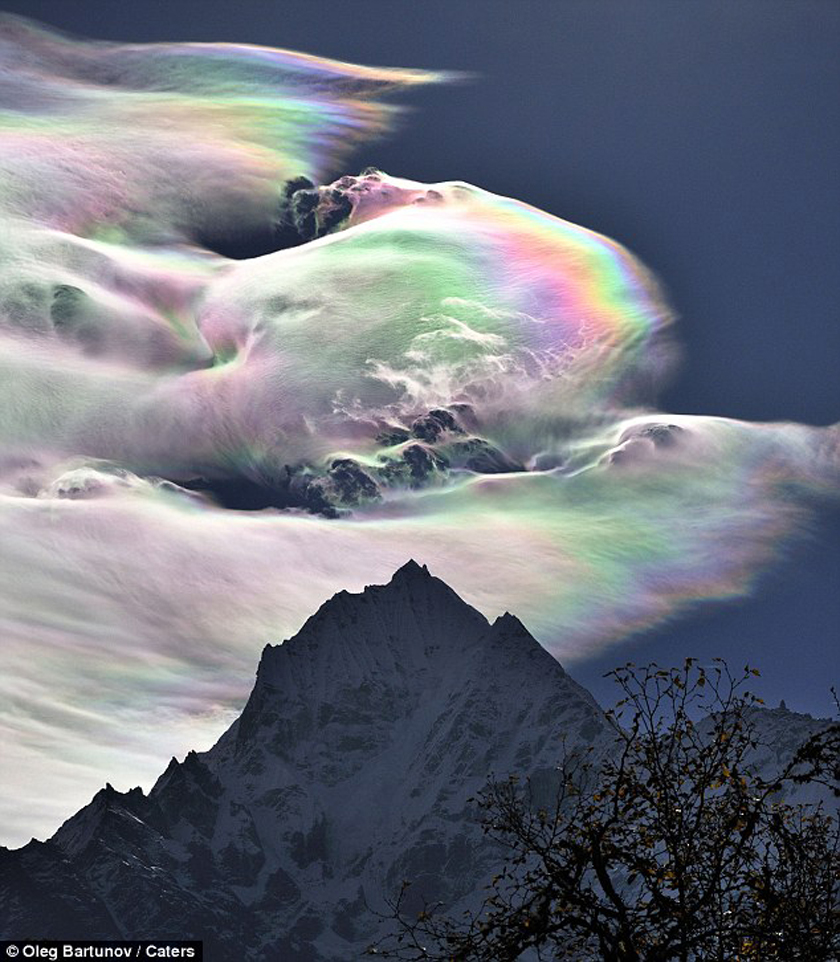 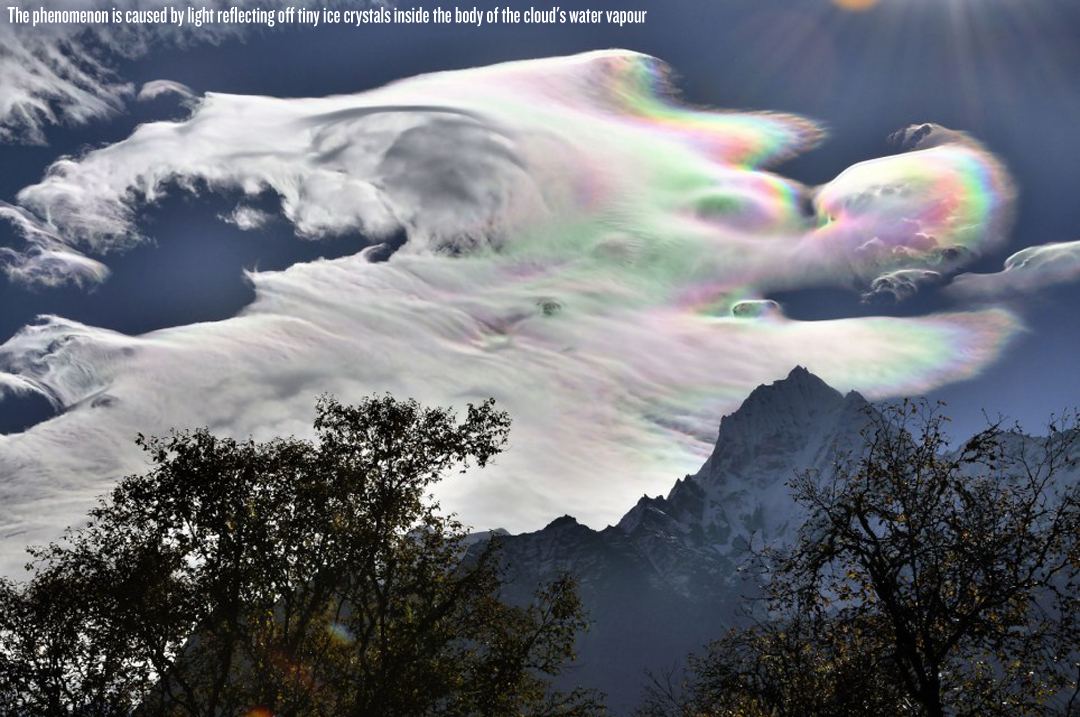