The Happiest, Saddest, Most Touching (And Strangest) Advice Column Question Of All Time

My friend Peter just sent me this advice column question from the Guardian this morning and it’s equal parts beautiful and heart-rendering.  Living in Montreal in the year 2011 it’s easy for me to forget that there are actually people still stuck in the closet.  But then I think back to when I was young and how long of a process it was to come out.  I remember within a few months of sticking my gay pride hat proudly on top of my head having met an older man in his 50s.  He had a new boyfriend and was super happy, but he told me he had just come out a few weeks prior.  He also had a couple ex-wives and two kids in their 20s.  It was the first time I had ever met someone who had been in the closet for such a long time and it helped me understand that the process of coming out is not linear — it’s geometric and full of complexities and contradictions.  Here’s the Guardian advice column question and answer:

DEAR PAMELA: I am 80-plus and have recently become a widower. Is there anywhere I can find a male friend (say 60ish)? I could not make any local inquiries as I am a highly respected person. When my wife was very ill she told me that she would be happy if I had the luck to find a man, because I was gay in my teenage years and she thought I would like to renew that experience. I feel the deep desire to satisfy my emotions. My late wife understood because she was a lesbian from the age of 12 until we met.

How touching that your late wife had such understanding and acceptance of your sexuality! Nowadays there generally tends to be more acceptance of gay, lesbian and bisexual people than there was when you were a teenager; however, I can certainly understand your desire for privacy. Internet dating sites and special “finder” phone apps such as Grindr now play a huge part in helping people contact like-minded partners. Consider joining an internet dating service. If this seems technically difficult, perhaps there’s someone (maybe at your local library) who could teach you the necessary skills – you don’t have to tell them why! Otherwise, consider placing an anonymous ad in a non-local newspaper. Set up a separate PO box or phone number (pre-paid mobile is best) for the replies. Do you have any gay friends at all? There’s an efficient mentoring system in the gay community, so once you feel safe enough to explain your situation you will probably find someone to introduce you around. Good luck!

I wish you all the best in your search Mr. Eightyplus, and hope you find your dreamboat sugardaddy (or sugarpuppy).  At times, finding Mr. Right can feel like an even more difficult process than coming out, but all good things come to those who wait — and who put real effort into the search.  Mr. Eightyplus’s story reminded me of the upcoming film Beginners with Ewan McGregor, Christopher Plummer, and directed by Mike Mills.  Since I last wrote about this upcoming film, I’ve read a review and it’s apparently incredible.  Be sure to read more about the film’s director and his story in the link below and keep an eye out for the film when it’s playing near you. 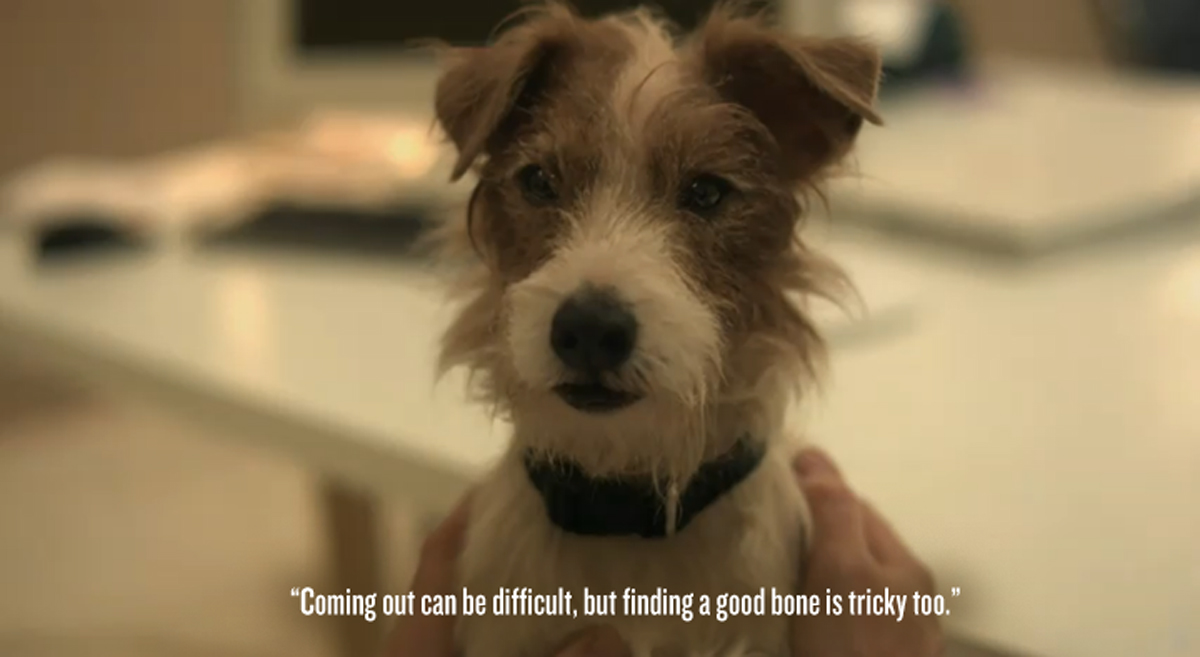 Previous post:
The Largest Gold Nugget In The World Sells At Auction For $400,000 Next Post:
Bjork Announces String Of Shows As Preparation For World “Biophilia” Tour