First publised in Pitchfork (March 17, 2011) by Editor..☛..It’s been a while since we’ve heard new music from Björk, but come this summer, that’s set to change. She has announced a series of UK shows planned as part of this year’s Manchester International Festival, during which she will preview material from her forthcoming album, Biophilia. A press release describes Biophilia as not only an album but also “A multi-media project encompassing music, apps, internet, installations and live shows”. Her six-show, three-week residency at Manchester’s Campfield Market Hall will feature her performing with collaborators as well; the festival will also assist Björk in bringing the Biophilia performances to other cities after the Manchester residency. Also, the press release outlines an intriguingly strange assortment of instruments that will be used for the show: “a bespoke digitally-controlled pipe organ; a 30 foot pendulum that harnesses the earth’s gravitational pull to create musical patterns– creating a unique bridge between the ancient and the modern; a bespoke gamelan-celeste hybrid; and a one-off extraordinary pin barrel harp.” Cool.

You might remember hearing about Biophilia in the beginning of the year, when a new iPad app titled Solar System, featuring a three-minute instrumental taken from the project, was unveiled. Well, NME reports that Björk has pulled a Gorillaz and partly recorded the new record on an iPad, and plans to release the record as a series of apps for the electronic device. In other words: keep your fingers crossed for a Björk-ified Angry Birds!

Check out the video for “Declare Independence” from 2007’s Volta below. To see the dates and cities for the residency visit Pitchfork. 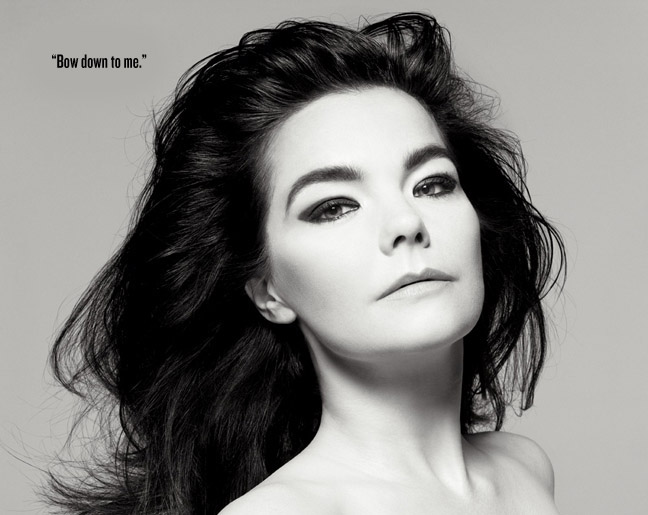 Previous post:
The Happiest, Saddest, Most Touching (And Strangest) Advice Column Question Of All Time Next Post:
FORBES Ranks The Most Profitable Shows On Television