Gerry Judah (born July 30, 1951) is a Calcutta-born artist and designer who has created spectacular settings for theatre, film, television, museums and public spaces. He has recently returned to his Fine Art roots with highly acclaimed contemporary paintings exploring the effects of war and environmental catastrophes on the urban landscape which have entered a number of international private and public collections. Here’s what Data Is Nature wrote this about Judah’s work:

“Jerry Judah’s sculptural relief paintings depict haphazard structures, shanti-town sprawls, decaying settlements and the temple complex ruins. Taking inspiration from the landscapes of India, his monochromatic dioramas are generated from recollections of the ornate temple architecture he encountered there growing up as a child. Many of the works appear to have been generated by a kind of emergent accretion, perhaps mimicking the organic growth of unplanned towns and urban self-organisation. The ’settlements’ are surfaced by a multiplicity of recognisable elements – aerial masts, satellite dishes and phone lines. Judah’s imaginary landscapes (often dystopian) are evocative of the rhizomatic architectural propositions of Lebbeus Woods. The structures are also reminiscent of algorithmically-generated constructions and landscapes panoramas that have been defined by procedural techniques.”

I’ve always had a soft spot for this type of work considering Lebbeus Woods was such a huge influence on my school’s architectural theory curriculum back when I was getting my degree.  It wouldn’t be unusual to see models such as these strewn about in the stairwells left for ruin themselves, or fresh ones being hatched under a couple luxo lamps on various students’ tables throughout the building.  At first glance it would be very easy for a passerby to look at a canvas like this and discard it as having no value, but when you get into the meat of these concepts there’s an endless amount to chew on.  I’ve had countless hours of beer and cigarette pub talk over the years about models exactly like Gerry’s.  The majority of Lebbeus Woods’ explorations deal with the design of systems in crisis: the order of the existing being confronted by the order of the new.  Cities ravaged by war are an essential part of his body of work; Sarajevo being a major platform for his musings on architecture and urbanism.  This is a quote from a published 2007 interview with Lebbeus Woods called “Without Walls”:

“Well, I think that, for instance, in Sarajevo, I was trying to speculate on how the war could be turned around, into something that people could build the new Sarajevo on. It wasn’t about cleaning up the mess or fixing up the damage; it was more about a transformation in the society and the politics and the economics through architecture. I mean, it was a scenario – and, I suppose, that was the kind of movie aspect to it. It was a ‘what if?’ I think there’s not enough of that thinking today in relation to cities that have been faced with sudden and dramatic – even violent – transformations, either because of natural or human causes. But we need to be able to speculate, to create these scenarios, and to be useful in a discussion about the next move.”

You can learn more about Gerry Judah’s work by visiting his website HERE. 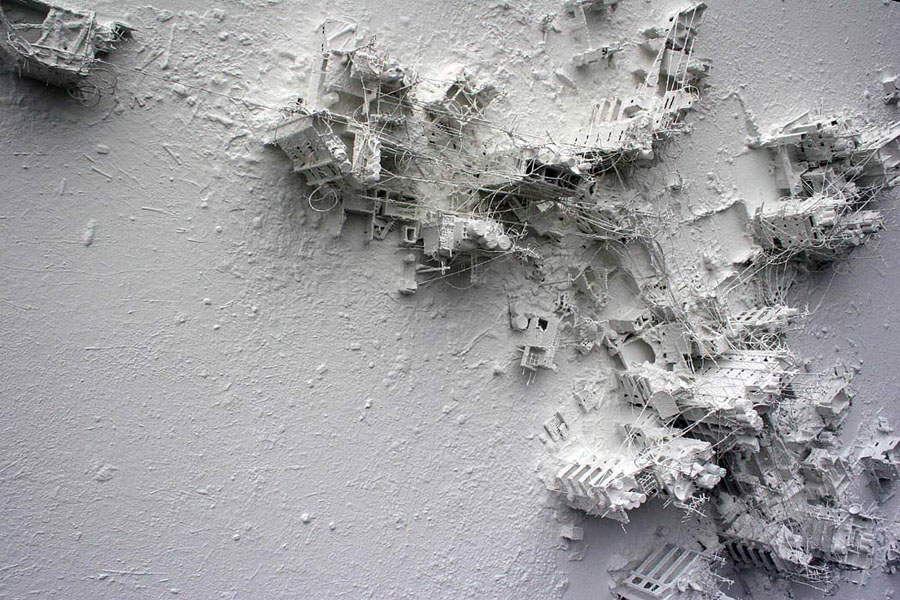 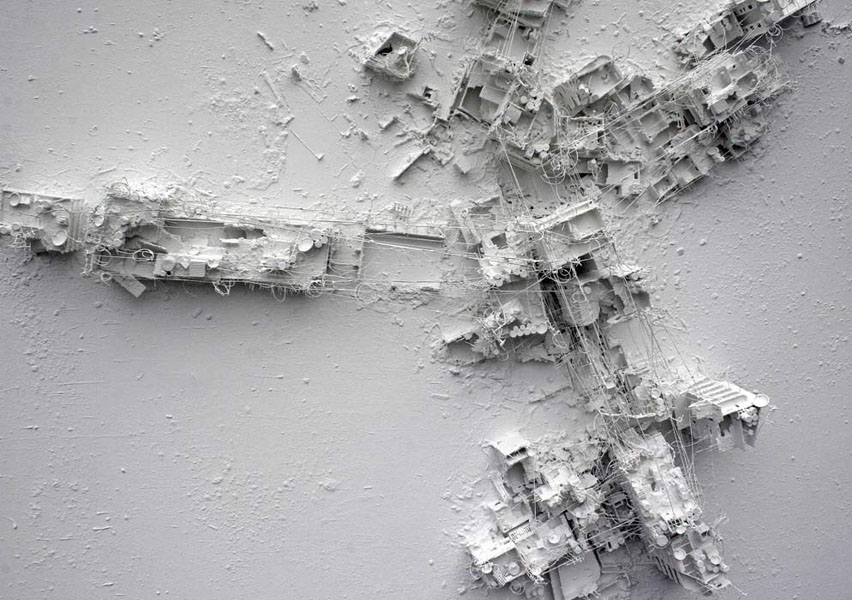 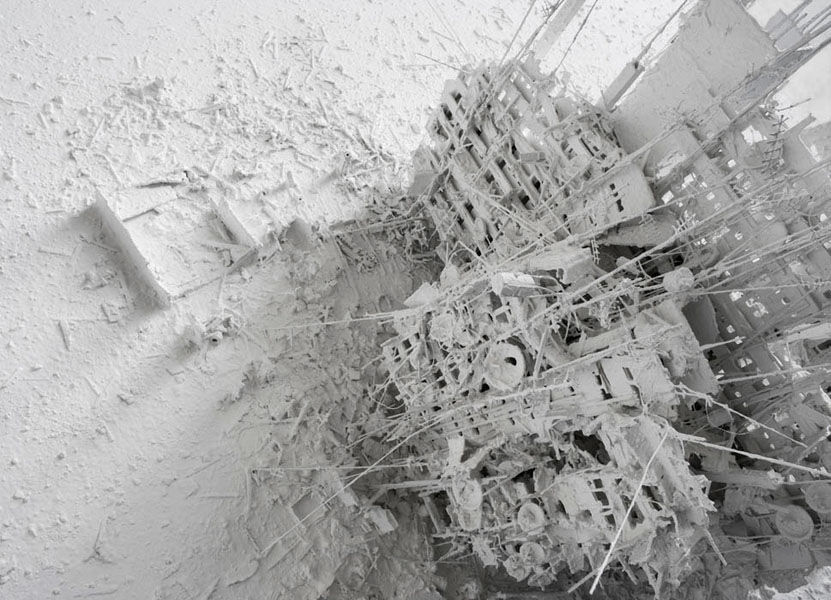 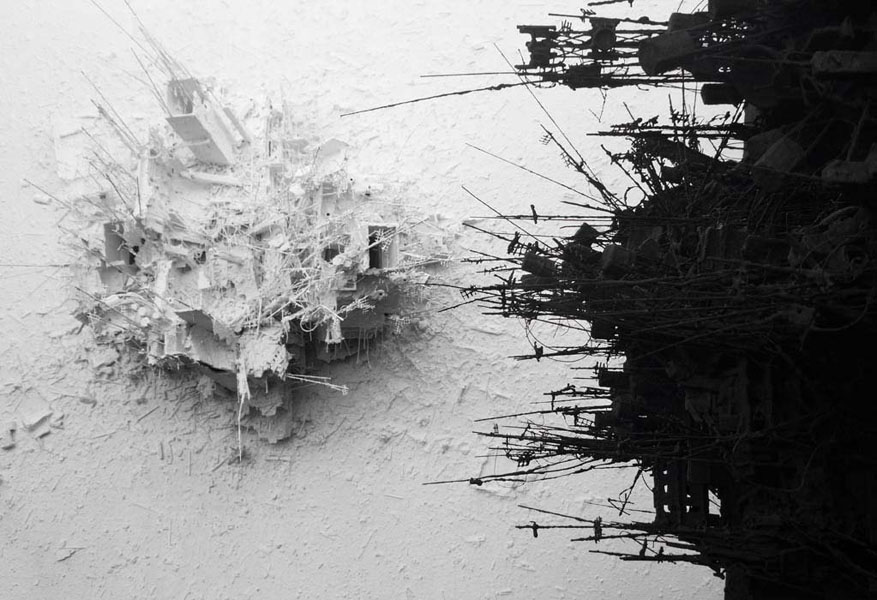 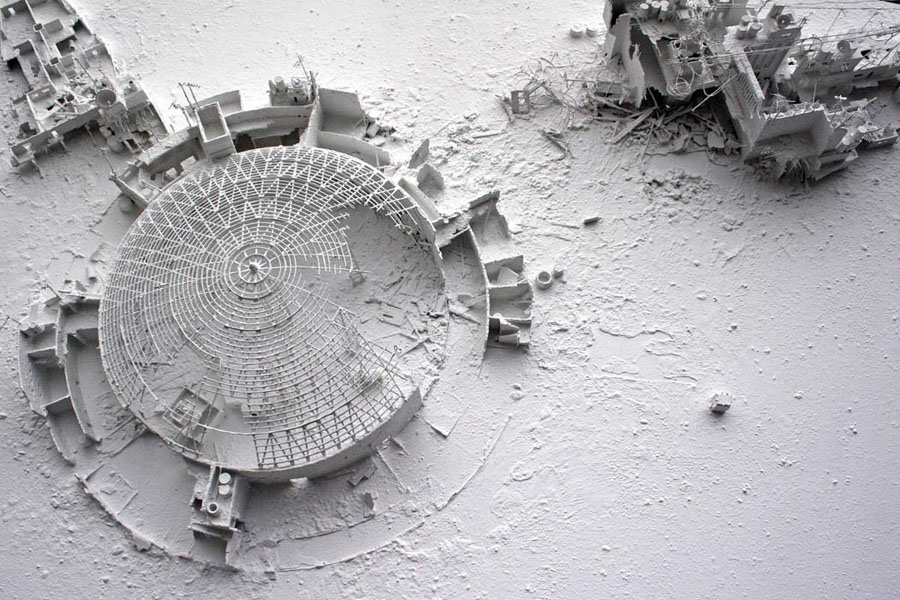 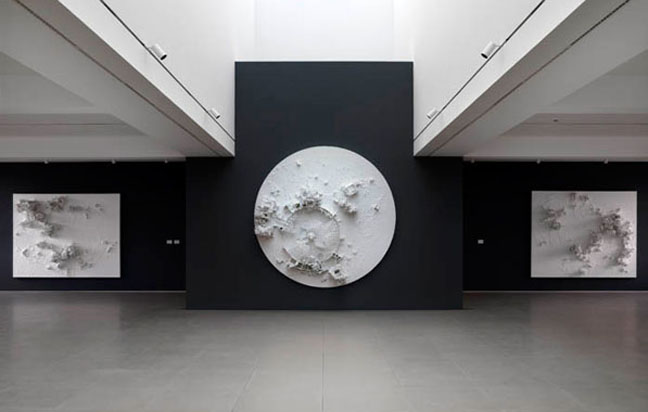 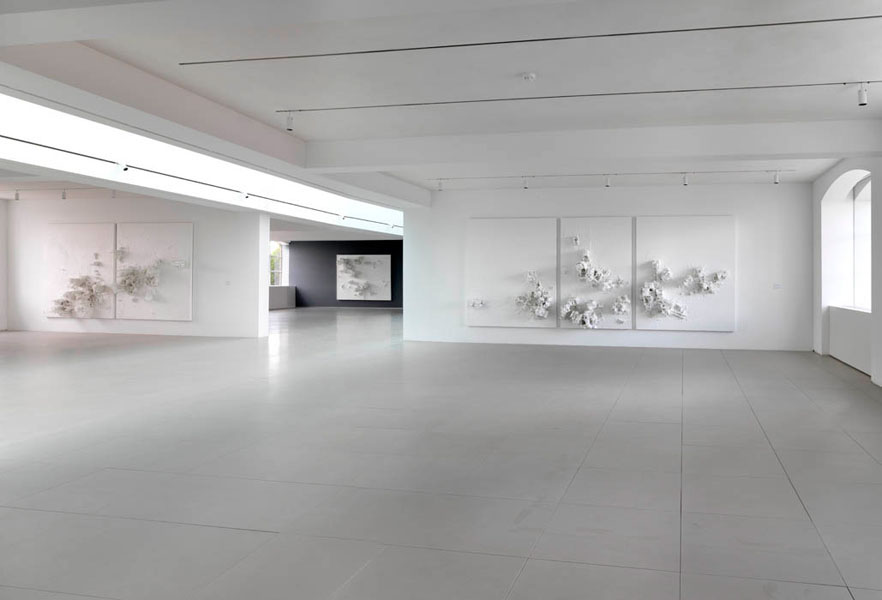