First publised in The Playlist (March 13, 2011) by Kevin Jagernauth..☛..Ever since it was revealed that comedy giant Judd Apatow would be producing and possibly directing a new, Pee Wee Herman movie, interviewers have been trying to squeeze details out of Apatow without much luck. Recently, all Apatow would confirm is that it wouldn’t be a direct sequel and the film would exist very much in a world of it’s own without necessarily reflecting to previous films. However, Paul Reubens has proven to be much more chatty about the gestating film and in a panel conversation this afternoon at SXSW, the actor revealed that as much as he wanted to spill the beans, Apatow’s iron grip on story details is keeping him mum, for now.

“I would give anything to tell you right this second the plot of this movie because I’m so excited about it and it’s so phenomenal and you would laugh your asses off if I told you,” Reubens teased. “But I can’t tell. I begged Judd Apatow to let me announce it here and I don’t know why, but he doesn’t want to do that yet.”

Still, Reubens did talk about the difficulty of taking on the role three decades since he first showed it to audiences and how that’s informing the secrecy around the project. “That’s another big difference between doing Pee Wee Herman in 1976 and doing a film in 2011,” he explained. “The internet has changed everything, you can’t do anything in secret. You can’t do anything without knowing. It’s great in lots of ways, and not so good in other ways, and I guess that’s why he doesn’t want to announce what the movie is because he doesn’t want it everywhere yet.” And with Reubens now just shy of sixty years old, the actor reveals he’s vain and concerned about his age and how Pee Wee will look in the film. “I’m also waiting to hear what the budget of that movie is and how much of that budget we can use for CGI,” Reubens said. “Because I was told many years ago that when they cut to the leading ladies’ close-ups, in most medium to large budget movies these days that they’re digitally retouching all the close-ups. I didn’t know that then, but I do now” he said with a sly grin. “And there’s a good chance that when you see me in the new Pee Wee movie, I’m going to look younger than I did in 1976 [pauses for audience laughter]. You think I’m joking.”

So while we wait for the further big screen adventures of Pee Wee Herman, the character did smashingly well on Broadway in a recent run. And on March 19th, you can tune in to HBO for The Pee-Wee Herman Show on Broadway in case you weren’t able to see it in person. 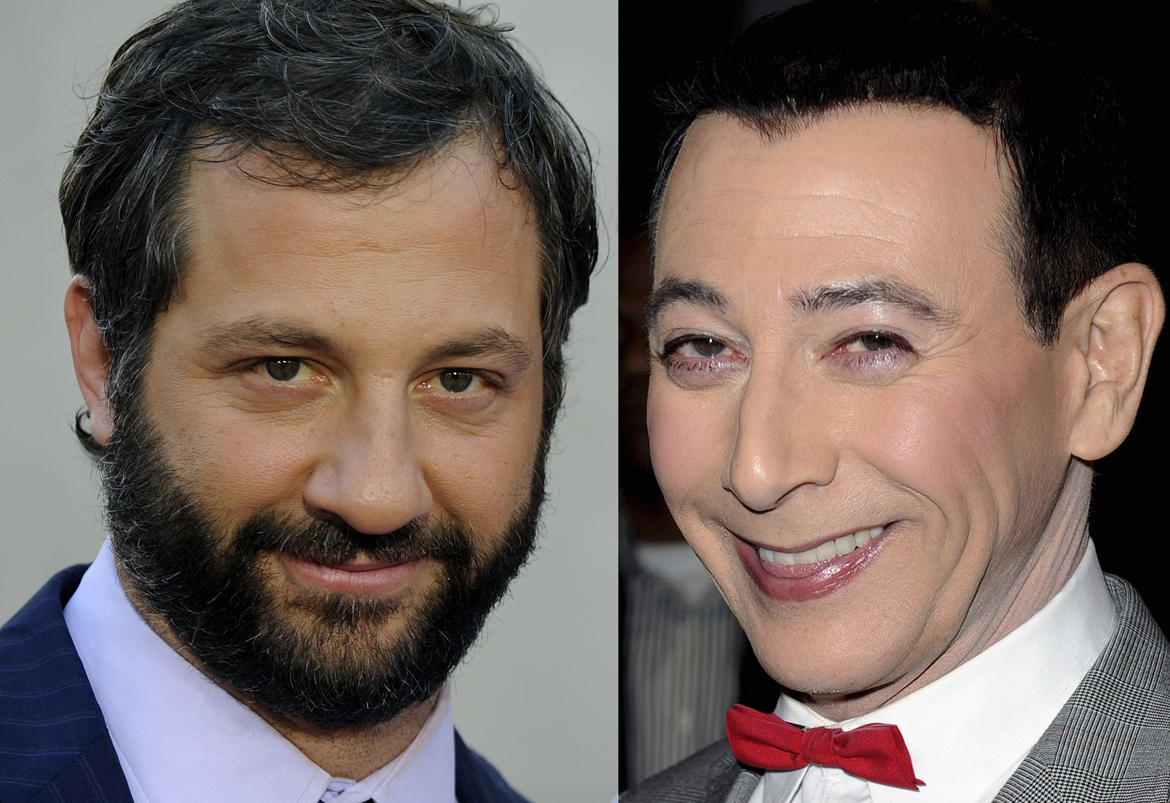 I can remember each and every time the Pee Wee’s Playhouse theme song would play in our house on Saturday morning how much it would rev me up.  There was simply nothing else like it on TV — 100% original.  I never really connected with the movies as much as I did with Playhouse, but Judd Apatow has a midas touch with comedy, so if there’s anyone who is capable of transplanting the magic of Playhouse into a film version it’s most certainly him.