First publised in Engadget (March 11, 2011) by Michael Gorman..☛..Plasma propulsion may very well be our ticket to visit those little green men on Mars, which is why NASA is becoming besties with Ad Astra, makers of the VASIMR VX-200 plasma rocket. After successful terrestrial testing, the next step is to try out a VF-200 flight model in space; and a new agreement gives NASA engineers access to VASIMR while letting Ad Astra leverage NASA’s spacecraft expertise to get it into orbit. The plasma rocket was assumed to be destined for use on the International Space Station because it requires far less fuel than conventional boosters — making it better suited than the propellant-hungry thrusters keeping the station in orbit today — and can take advantage of the ISS’s considerable electrical power (250kW) to fully test VASIMR’s 200kW output. Plasma rockets produce sustained thrust, as opposed to the quick bursts of its chemical cousin, which makes it the preferred means of propulsion for space travel as well. NASA hasn’t fully committed to either use — but if Marvin and his fellow Red Planet denizens know what’s good for them, they’ll be watching VASIMR’s development with great interest. 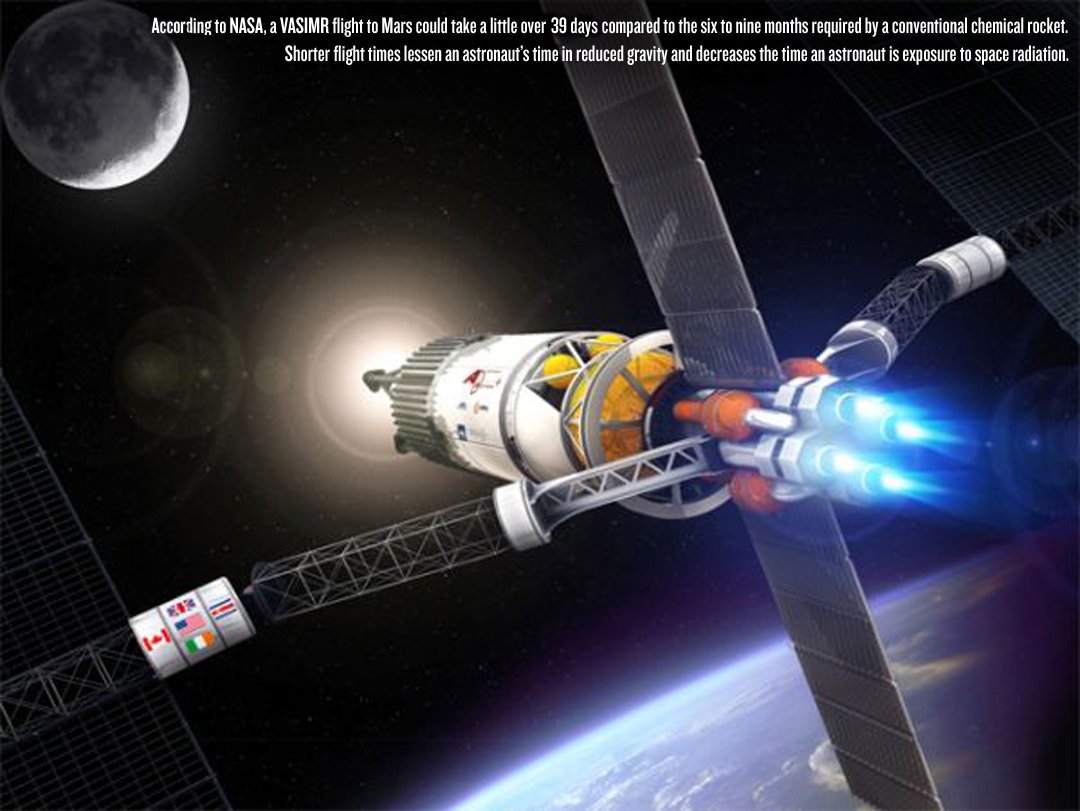 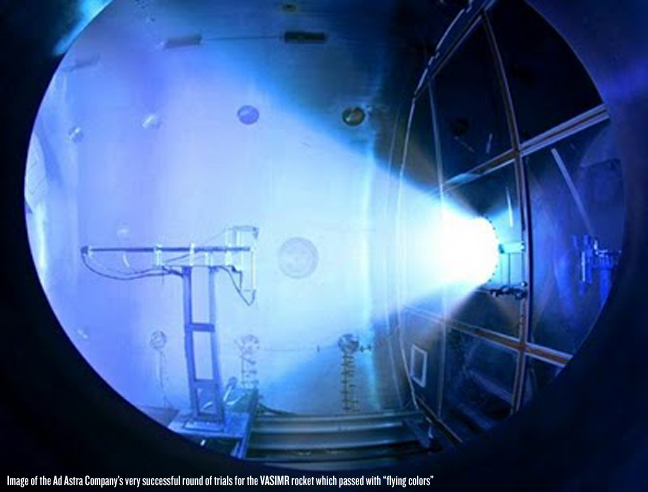 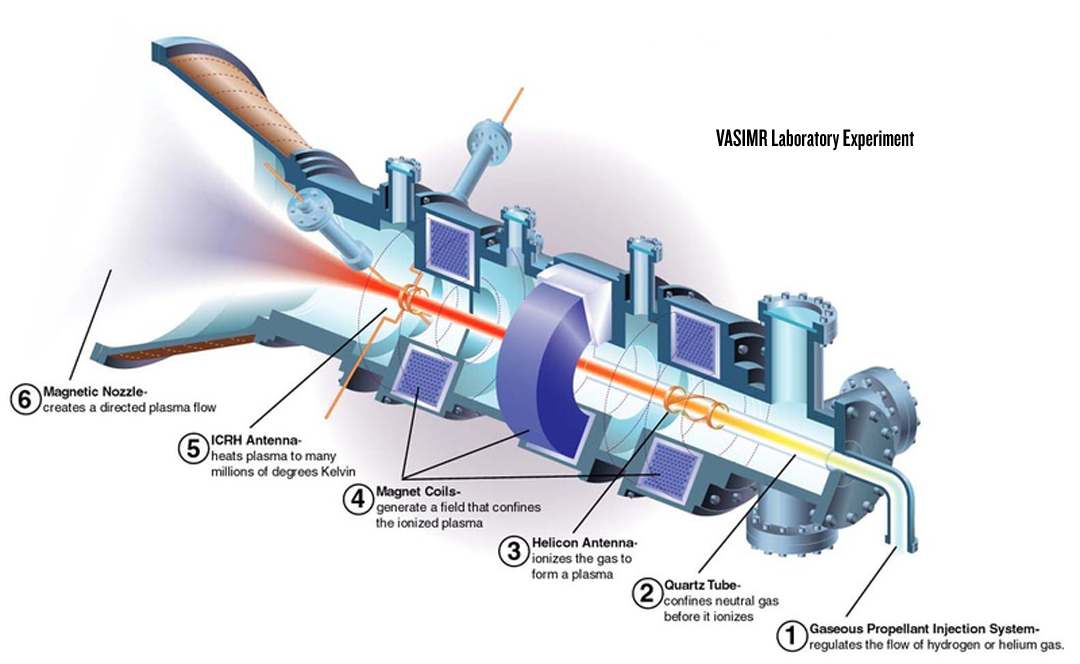