The Art Of Immersion: How Electronic Media Is Changing Hollywood, Advertising, And Storytelling Itself

I was just flipping through PSFK and came across a fascinating new book called The Art Of Immersion by Frank Rose, a Contributing Editor at WIRED. The book is an exploration of how electronic media is shattering the conventions of storytelling that have remained untouched for thousands of years.  And in many cases the tail is wagging the dog: we’re still trying to catch up to the implications that this tsunami of game-changing technology is going to have on the way we tell stories.  PSFK writes: “While narrative and storytelling have forever been foundational to the human experience and creating meaning, WIRED contributing editor Frank Rose’s  ‘The Art of Immersion’ traces a new form of narrative facilitated by the Internet. 20th century mass media (the sitcom, the newspaper, or novel) allowed for only passive consumption, but deep media of today (think: online communities dedicated to discussing reality shows; downloadable video games to supplement television series) is inherently interactive, non-linear, and immersive. But with this new, participatory mode of storytelling come questions about the fate of the author and the audience.” Here’s the PSFK excerpt from the book that caught my eye:

Anthropologists tell us that storytelling is central to human existence. That it’s common to every known culture. That it involves a symbiotic exchange between teller and listener — an exchange we learn to negotiate in infancy. Just as the brain detects patterns in the visual forms of nature — a face, a figure, a flower — and in sound, so too it detects patterns in information. Stories are recognizable patterns, and in those patterns we find meaning. We use stories to make sense of our world and to share that understanding with others. They are the signal within the noise. So powerful is our impulse to detect story patterns that we see them even when they’re not there … We know this much: people want to be immersed. They want to get involved in a story, to carve out a role for themselves, to make it their own. But how is the author supposed to accommodate them? What if the audience runs away with the story? And how do we handle the blur—not just between fiction and fact, but between author and audience, entertainment and advertising, story and game?

You can read the entire article at WIRED, or buy your own copy of The Art Of Immersion.  Be sure to also visit PSFK, one of the most amazing resources of news and information you will ever find online. 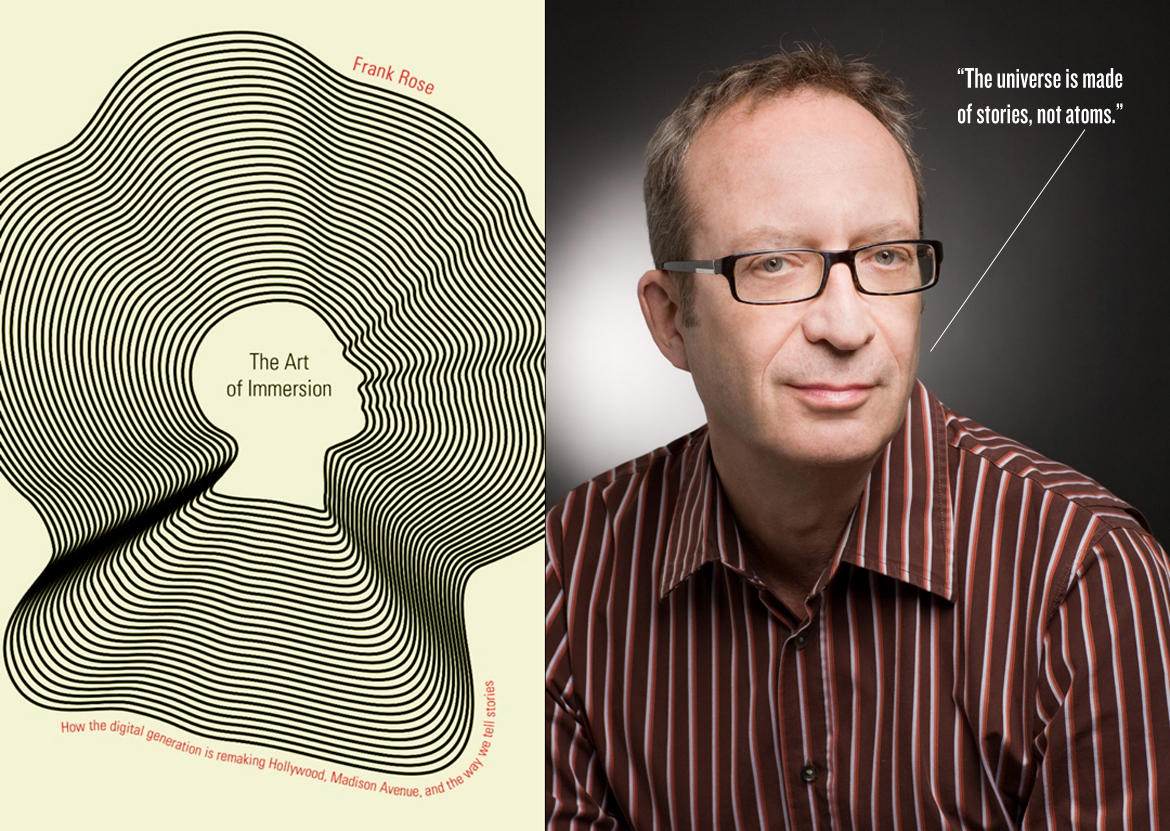 Previous post:
Paris Police Find $25,000,000 Worth Of Harry Winston Jewels In Sewer Next Post:
National Geographic Recreates The House From Pixar’s “UP” And Proves It Really CAN Fly