As if National Geographic wasn’t already the most amazing institution on earth, now they’ve officially propelled themselves into the pantheon of The Coolest Damn Experiements Of All Time. It’s not easy to pull off what they did: it required brainy scientists, trusty engineers, two “floating house pilots”, and truckloads of volunteers.  Sure enough, NG did it! The house was very light-weight of course, as Executive Producer Ben Bowie said: “But what we can do is kind of fly a light-weight house and fly it safely with people on board.”

Each balloon was 8′ tall and filled with an entire tank of helium.  Not only did they get the house ‘UP’, but in the process they set a new world record for the largest cluster balloon flight ever attempted. The experiment was all part of National Geographic TV’s new series How Hard Can It Be? The house itself measured 4.8m x 4.8m x 5.5m (15′-9″ x 15′-9″ x 18′-0″) and it flew over California’s High Desert for an hour with two people inside: exactly like the movie.

Be sure to tune into NGTV’s new series How Hard Can It Be? when it premieres in the fall of 2011. Amazing. 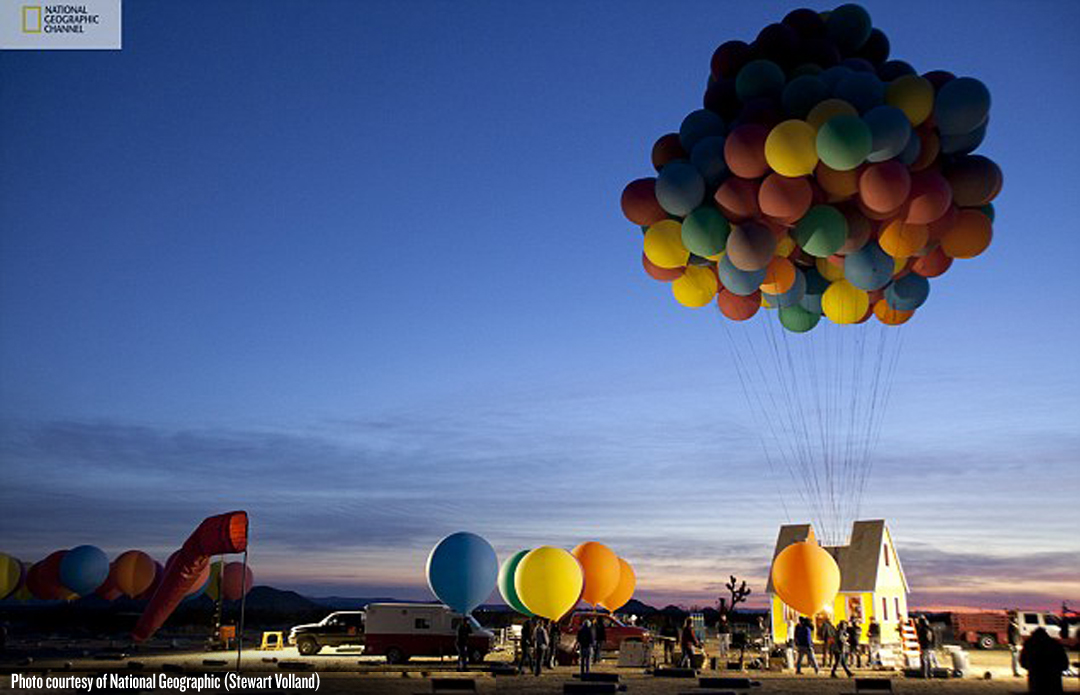 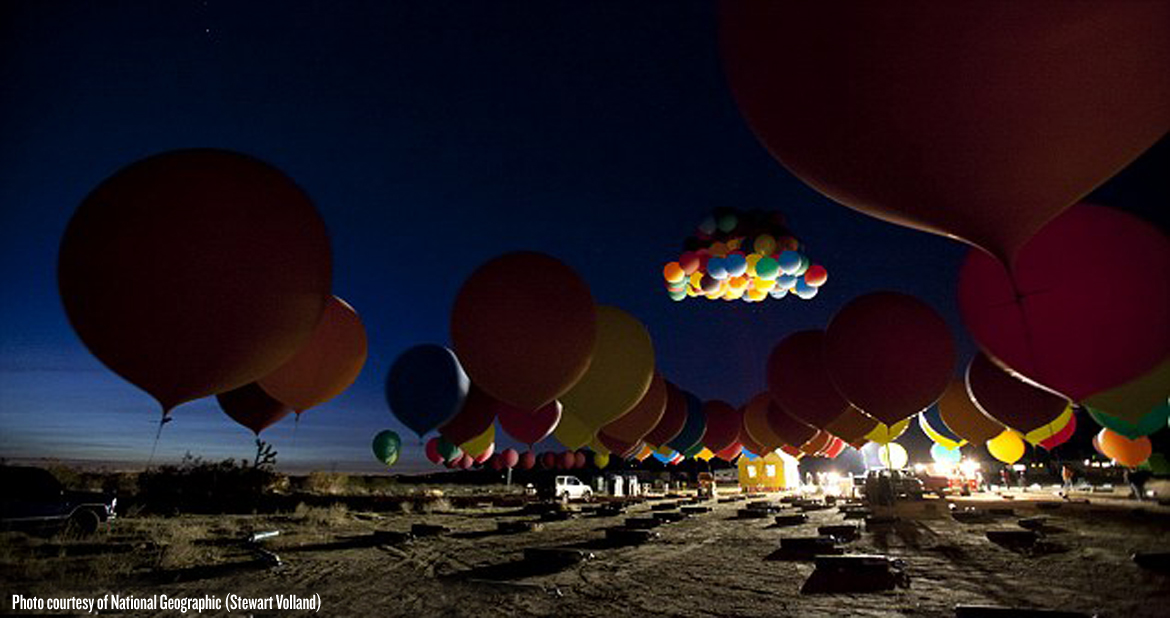 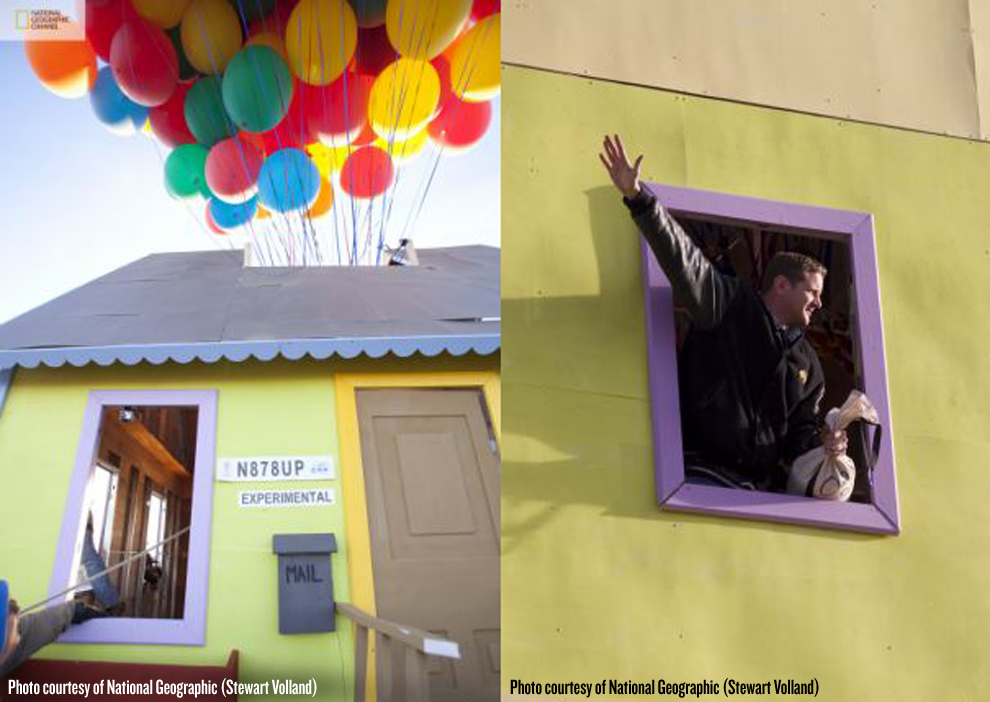 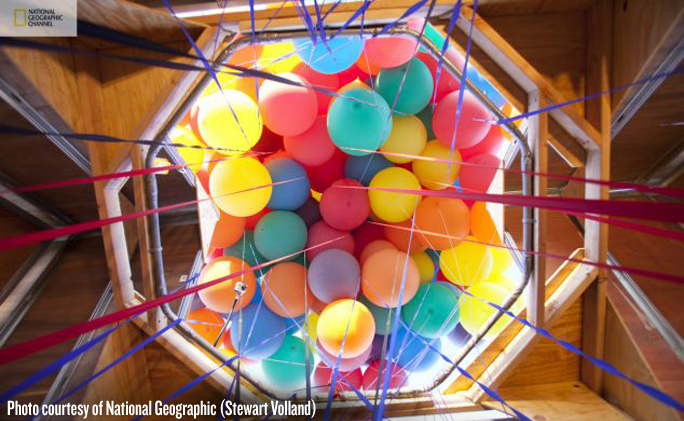 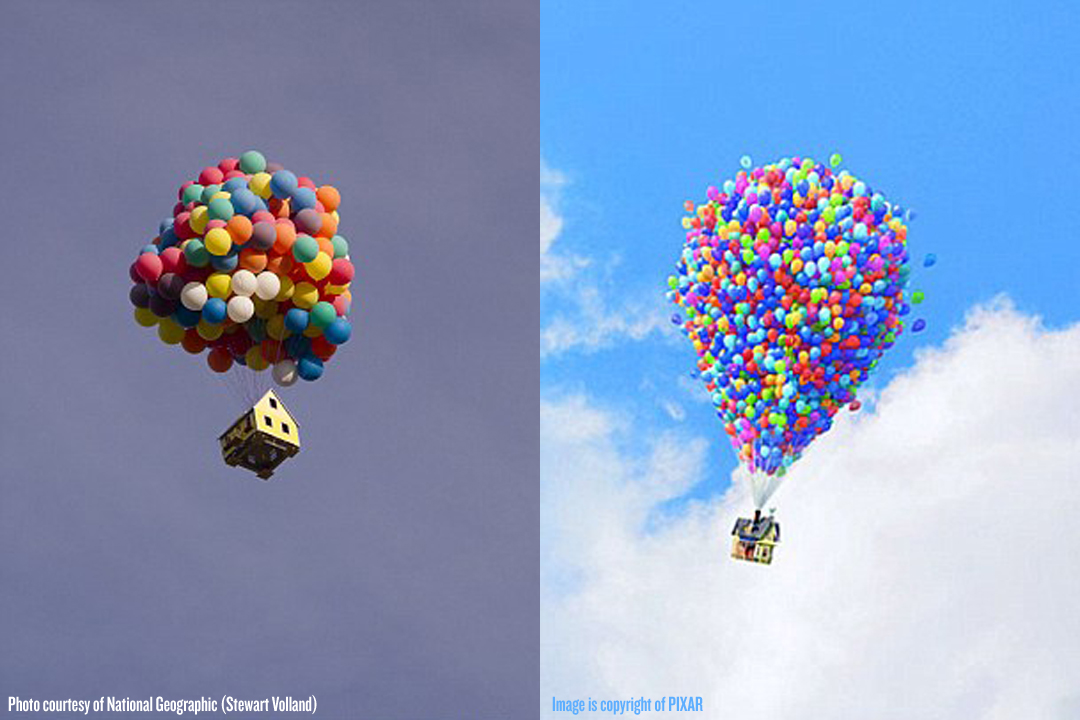 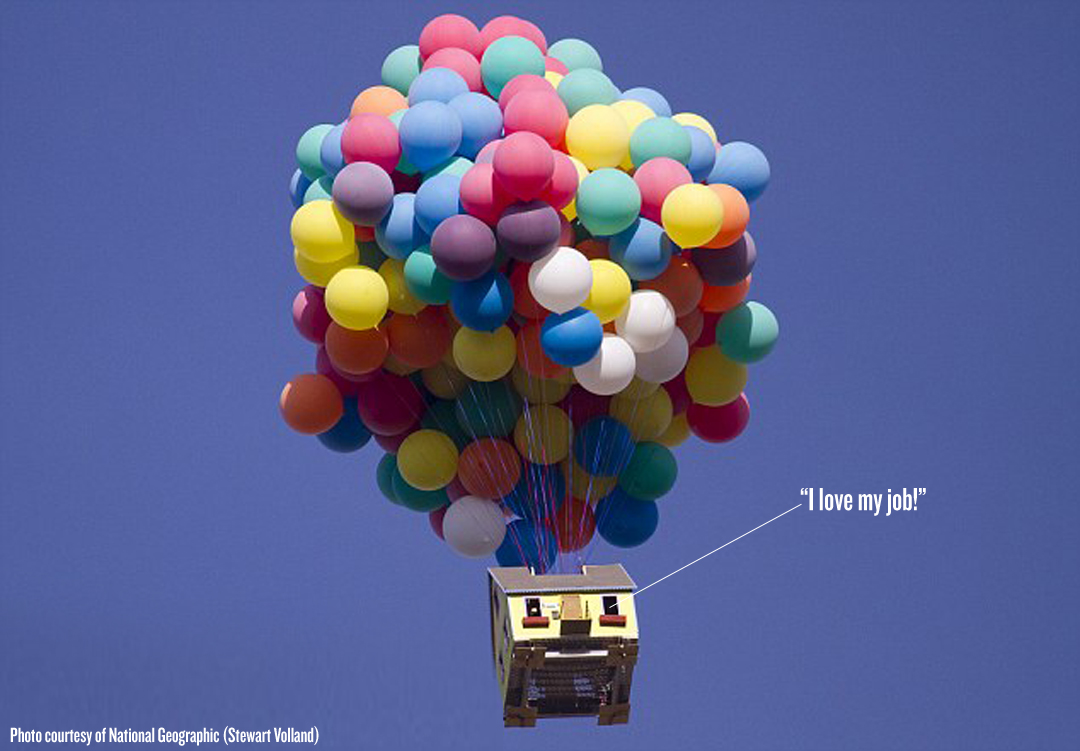 My friend Sarah in New Zealand (a country which happens to look a lot like the tropical paradise where the balloon house landed in the movie) also just sent me this amazing remix by Pogo.  He used snippets from the film and composed/manipulated them together with clips from the movie.  Listen to more of Pogo’s work HERE.

Previous post:
The Art Of Immersion: How Electronic Media Is Changing Hollywood, Advertising, And Storytelling Itself Next Post:
The Photography Of Cole Rise And ISO50’s Latest Playlist