I fully understand that you can’t shove an elephant through the head of a needle which is why, as a gay man, I’m able to understand the backlash against gay marriage from the more conservative population around the world that is still trying to catch up.  The gay rights movement has made such unprecedented leaps and bounds in the past 10 years it’s almost enough to make your head spin.  For me, the most exciting of these advancements has been the “humanization” of the gay community through cultural exposure in film and television which has helped to bring a gay friend into someone’s life who otherwise may never have had one or even knew they wanted one.  This erosion of psychological and socio-cultural barriers, however, is still a work in progress.

As I said, I can understand why some people need a few more years to get on the gay marriage page, but what really gets my blood boiling is when I hear comments like the ones Donald Trump made this week when he said he’s not only against marriage equality, but also opposes any extension civil benefits.  Here’s what I learned from Towleroad:

In an article in The Des Moines Register, Trump not only reiterates his feelings opposition on marriage equality but expanded on those thoughts saying that gays and lesbians should not be allowed to have partner benefits: “Asked whether he supports allowing same-sex couples to marry, Trump said no. Iowa conservatives have overwhelmingly opposed the 2009 Iowa Supreme Court decision overturning the state’s ban on gay marriage. They should not be able to marry,” he said. But asked whether gay couples should be able access the same benefits as married couples, he said his “attitude on it has not been fully formed.” Given a second to think, Trump said on marriage and civil benefits, “As of this moment, I would say no and no.”

As a result of Trump’s comments, various gay rights groups and activists are rightfully calling for a boycott against all-things Trump.  Once again, here’s what Towleroad reported:

Now New York-based rabble-rouser Allen Roskoff, who called Trump’s stance “unconscionable,” thinks supporters of equality should boycott Trump’s show, Celebrity Apprentice, as well as the business man’s other ventures. “Not only should gays be furious, we should be boycotting the products of the advertisers on his TV show, and certainly boycotting his casinos and hotels and apartment buildings,” said the long-time activist, who also described Trump an “extreme bigot.” Roskoff continued, “[Trump’s] game plan is to appeal to the extreme right. How he does business in New York, how he’s tolerated is beyond me. I think things are going to change for him.”

The only way someone who has been such a high profile figure in New York for so long could possibly have a stance like this is if they’ve been living in a bubble.  As Trump revs up his presidential campaign he’s in for quite the wake-up call and should rightfully cover his ears because he will soon know all too well the sound of his bigoted bubble being burst. 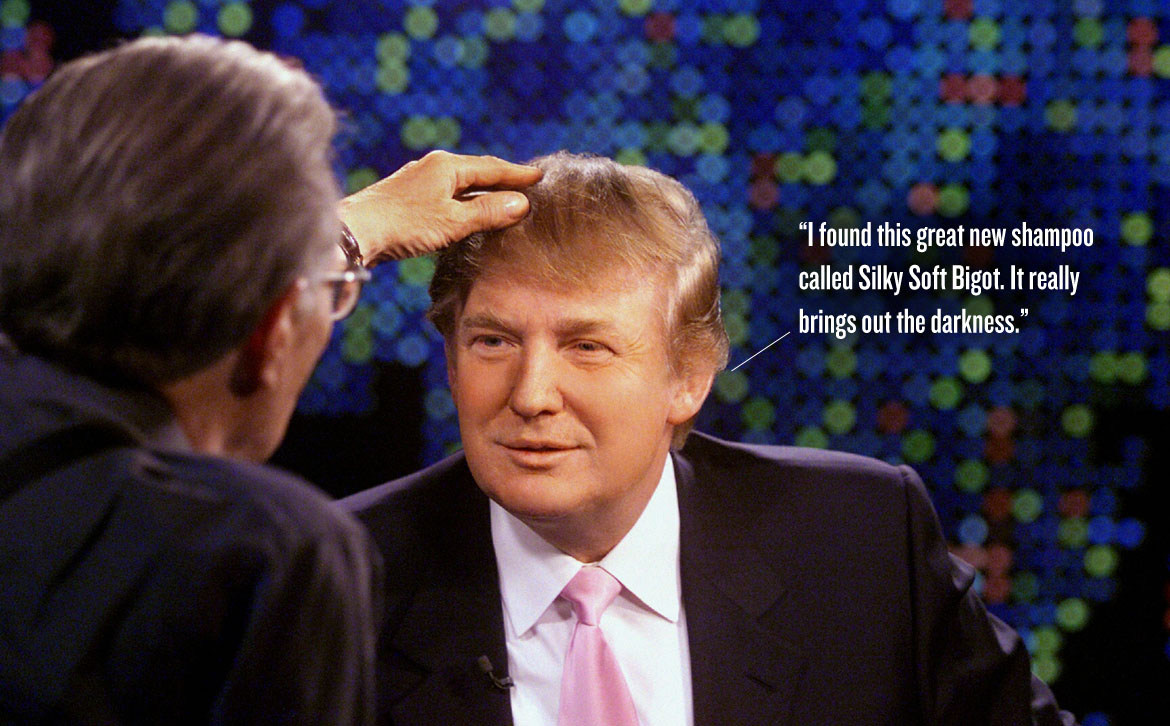 Previous post:
NIST Obtains And Releases Dramatic 9/11 Helicopter Footage Through Freedom Of Information Act Next Post:
The Amazing Rooftop Loft In New York That Will Make Your Own Home Look Like Crap