It appears that Mr. Tomek Kosalka is not a model.  I just found some really great pictures of him on OHLALAmag where they profiled photographer Ray John Pila.  I don’t know where Ray stumbled upon this hunka hunka burnin’ soccer meat, but kudos to you for doing so!  There is literally zero information on Tomek except for his Facebook profile which shows him registered under three networks: UCLA right beside Bel Air, Pepperdine University on the Malibu coast, and Orlando’s University of Central Florida. Whatever it is you’re doing with your life Tomek, I think it’s safe to assume you’ve got the brains to go with all that brawn (and you also know how to pick some of the most beautiful campuses in America). If a cold wave ever snaps down there on one of your hot and sunny campuses and you find yourself with nothing to wear but your Italian speedos and snap-up shirt, just give me a ring and I’ll come warm you up.

Be sure to check out more of Tomek’s photos taken by Ray John Pila at OHLALAmag. 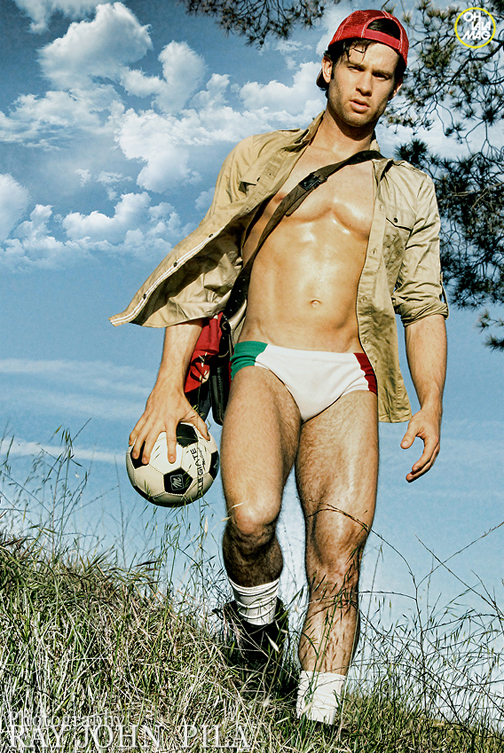 Previous post:
Christopher Hitchens On “Elite” Cancer, Dictatorship, And Why Being Boring Is Unforgivable Next Post:
“‘Til Death Do Us Part” By Kate Bauman