First publised in Popular Science (March 3, 2011) by Rebecca Boyle..☛..Three months after its first mission ended, the military is launching another X-37B space plane (☝) on Friday, in a second classified mission for the X-37B program. If the weather holds up, the second X-37B orbiter will launch Friday afternoon on an Atlas V rocket from Cape Canaveral, according to launch manager United Launch Alliance (☝). Air Force officials said the plane’s first flight last year was a success, and they wasted little time in organizing the second trip, which involves a different orbiter.

The snub-nosed, shuttle-esque craft (☝) shares some characteristics with its human transporter cousins, including vertical takeoff and horizontal runway landings. But the X-37B is designed to launch inside the nose cone of a rocket and stay in orbit for several months, powered by solar energy. The first X-37B, named Orbital Test Vehicle 1 (OTV-1), launched on an Atlas V rocket April 22, 2010, and returned home Dec.3 (☝). The vehicle conducted on-orbit experiments throughout its 225-day voyage, and finally fired its engine to perform an autonomous re-entry, landing at Vandenburg. This flight will use a second plane, called OTV-2.

The space planes’ missions are classified, but the Air Force has said they should help engineers test and demonstrate new technologies, like guidance and navigation systems and new materials. Some space watchers think the X-37B is a spy craft, however. Shortly after OTV-1 launched, amateur astronomers spotted it (☝) between 40 degrees north and 40 degrees south latitude, a path that sends it flying over hot spots like Iraq, Iran, Afghanistan, Pakistan and North Korea. It orbits about 255 miles up and it circles the Earth every 90 minutes, the astronomers said.

As in the past, the military and ULA are keeping mum about the new mission. We’re just excited to see whether any intrepid astrophotographers can catch it in action. 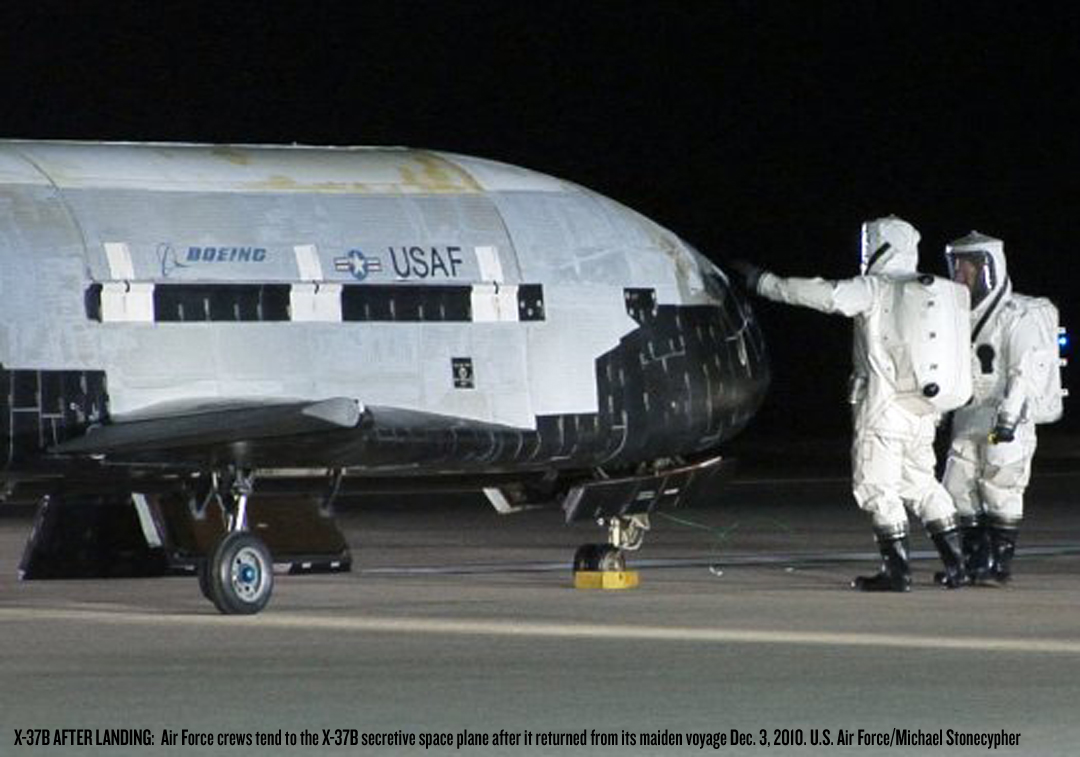 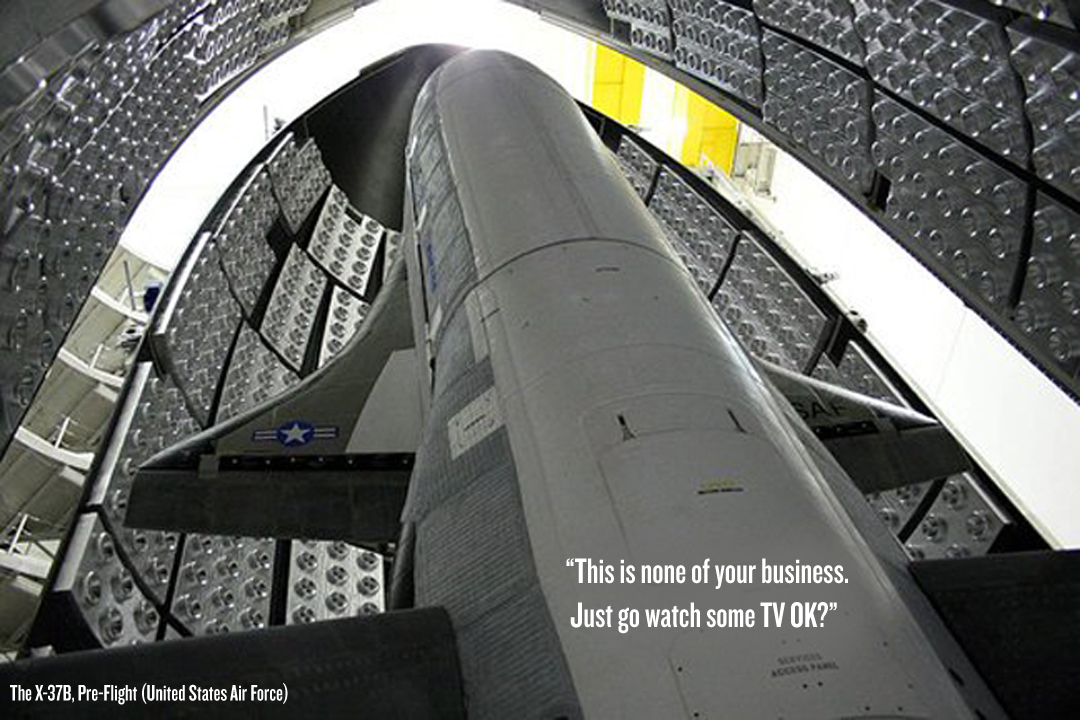