First publised in The Huffington Post (March 1, 2011)..☛..The discovery of two objects believed to be 150-year-old time capsules among the rubble of Christchurch Cathedral after New Zealand’s devastating 6.3-magnitude earthquake is being hailed as a miracle. As the BBC is reporting, the pair of items (a glass bottle containing rolled-up parchment and a metal cylinder) were found in the base of a statue of Christchurch founder John Robert Godley, which had fallen in last Tuesday’s quake. Two words were reportedly visible on the rolled-up parchment inside the glass bottle — “by” and “erected” — but it will only be opened and examined in detail by experts in a humidity-controlled environment. The AFP reports that Christchurch Mayor Bob Parker has called the discovery particularly “inspirational” after the quake, which is believed to have killed up to 240 people.

“I think of all the days we’re looking for some hope and some vision it actually delivers to us a miracle, it’s a miracle that these guys found this thing this morning under the statue of the man who was the founder of the city. I don’t know what the words are because I don’t want to try and unwrap them without proper conservation, but I’m imagining it will tell us of the hopes and aspirations of the people of this city when it was founded. Is there a better time to have that refreshed? I think it’s miraculous.”

As the New Zealand Herald is reporting, the capsule may have been placed there as early as 1867, when the statue was first erected. Parker has since passed the artifacts on to Canterbury Museum. Reports of a third mystery item found in the cathedral’s remain unconfirmed. 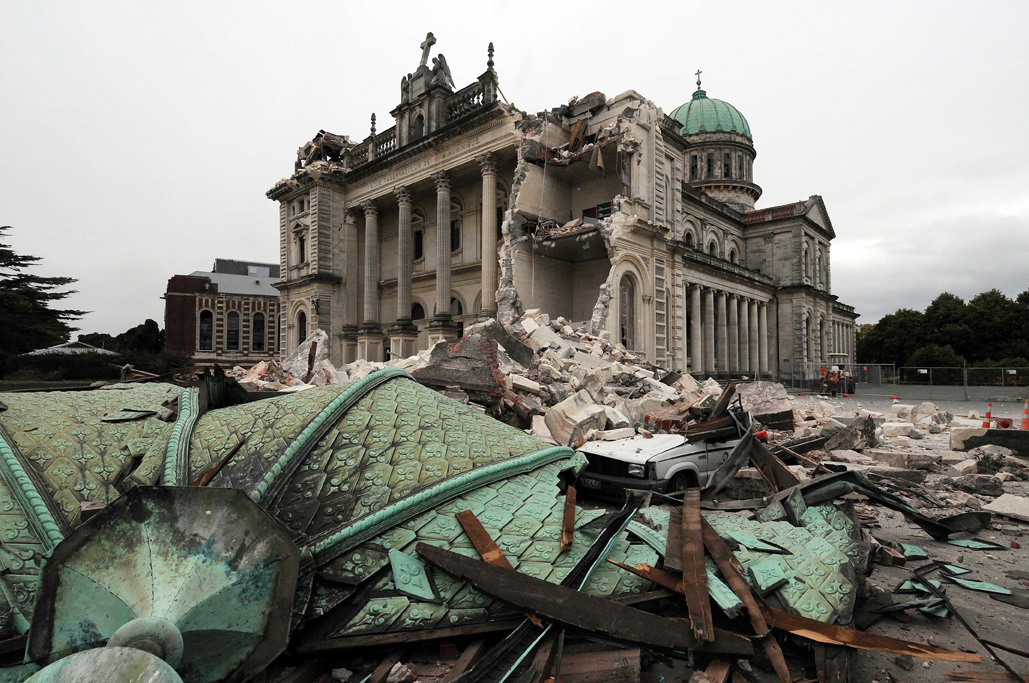 Previous post:
WARNING: This Video May Cause Severe Anxiety And Distress Next Post:
Leonardo Corredor (Just Because)