I just finished watching HBO’s brilliant film Temple Grandin and I am seriously overcome with awe and reverance.  There is no doubt in my mind that if this film had been made for theatrical release instead of television it would have trounced The King’s Speech as well as the Best Actress category for Claire Danes’ phenomenal performance (consider yourself lucky Ms. Portman).  The biopic is the true life story of Temple Grandin who was born with autism in 1947 and showed the world that with the right combination of inspiration, stimulation, and nurturing, an autistic person can not only lead a normal life but excel beyond anyone’s wildest imagination.

I was going to include a synopsis from IMDb but I felt it gave away too much information about the story.  I encourage you to not read anything about the film and just let the movie take you on an incredible journey.  I don’t think I’ve had a film hit me on such a deep emotional level as this for quite some time, and I think this should be mandatory viewing in every single elementary and high school in the world.  A beautiful reoccurring line from the film gives the best understanding of fellow human beings who happen to be autistic:

“Different, but not less.”

I have been crying off-and-on for the past twenty minutes during the end of this movie, and as I get ready to head outside to run some errands I’m somewhat concerned my current emotional state will send me bursting into tears at the drop of a dime.  “What’s wrong, sir?” the postal lady asks Brent.  He screams out to her with his big, puffy, moist red eyes, “(sniff, sniff) JUST WATCH ‘Temple Grandin’ AND YOU’LL UNDERSTAND OK?!!!…BOOHOOOOOOOOO (sniff, sniff)”

In all seriousness, if you don’t watch this movie tonight I will never talk to you again.  It’s THAT good.  I didn’t attach the trailer because it contains too many spoilers (REPEAT: DO NOT WATCH THE TRAILER).  In return, I’ve included Claire Danes’ wins as Best Actress In a Television Film from this year’s Emmys and Golden Globes: 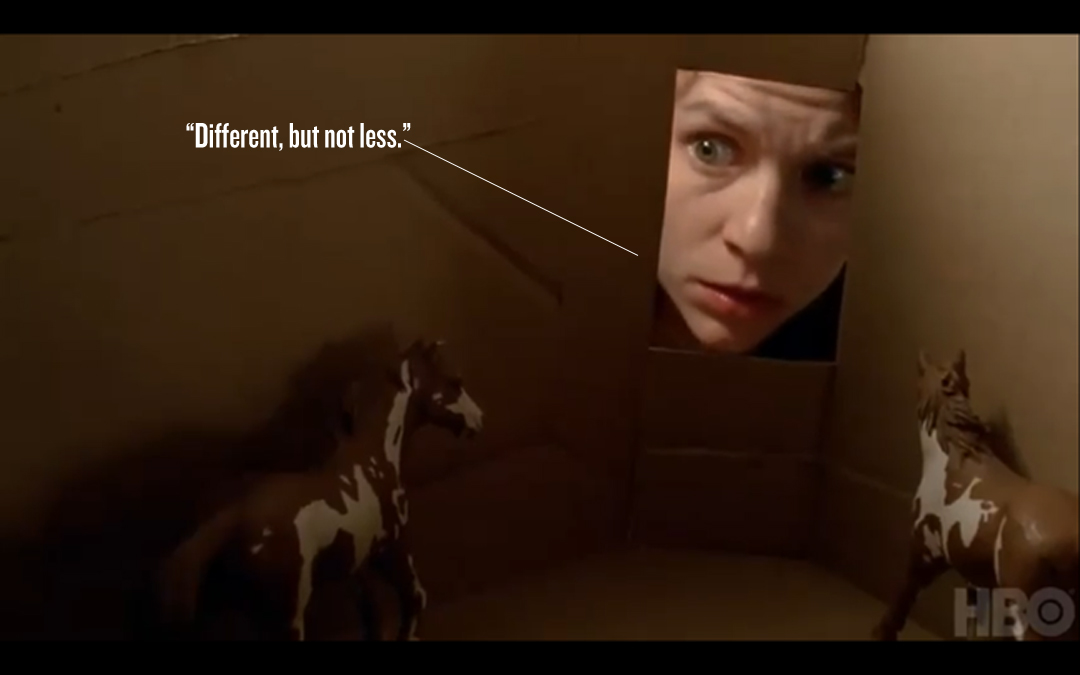