First publised in Slate (February 24, 2011) by Sonia Van Gilder Cooke..☛..Still running on the success of ousting one runaway general, Rolling Stone has set its sights on another:

Lt. Colonel Michael Holmes, head of “Information Operations” at Camp Eggers in Kabul, tells Rolling Stone that his boss, Lt. Gen. William Caldwell, pressured him to use psychological tricks and propaganda (known as psy-ops) on congressional delegations and traveling dignitaries to bolster support for the war. Elaborate profiles were compiled before visitors arrived, and staff were ordered to tailor presentations to VIPs’ interests.

This, intel analysts say, is “like the president asking the CIA to put together background dossiers on congressional opponents.”

According to Holmes, Senators John McCain, Joe Lieberman, Jack Reed, Al Franken and Carl Levin were targeted in the initiative, as were Rep. Steve Israel of the House Appropriations Committee; Adm. Mike Mullen of the Joint Chiefs of Staff, and a number of other foreign policy leaders. The difference between ‘informing’ and ‘influencing’ is a thin one, Rolling Stone writes, but Holmes initially resisted orders, arguing that they violated a law preventing the use of “Soviet-style propaganda techniques” on Americans. He was targeted in an investigation into his personal behavior, and eventually reprimanded. Meanwhile, the initiative continues, only now under the label of public relations. “Putting your propaganda people in a room with senators doesn’t look good,” military analyst John Pike. “It doesn’t pass the smell test. Any decent propaganda operator would tell you that.”

You can read the full investigative report at Rolling Stone by clicking HERE. 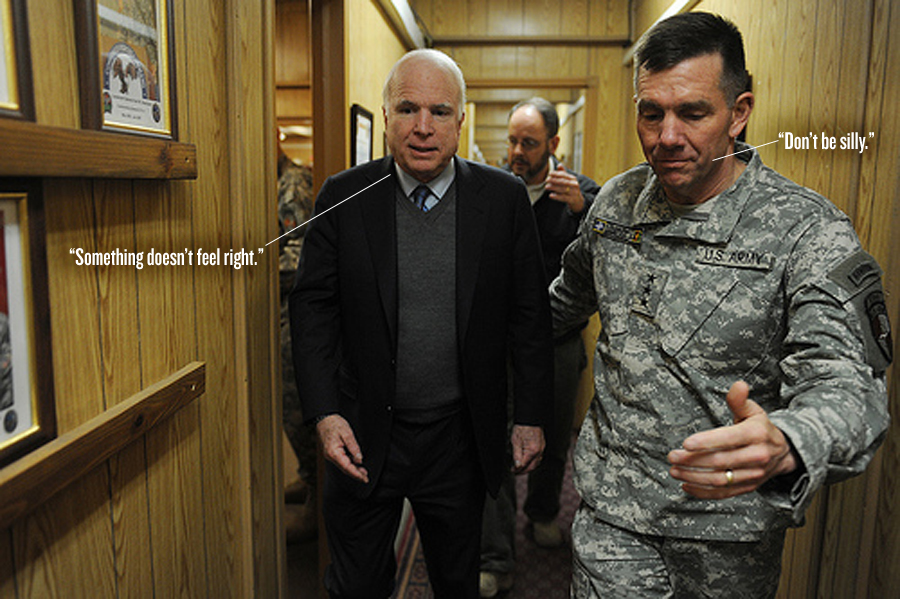