The Economist Looks At The Demise Of The Suburban Strip Mall

First publised in The Economist (February 17, 2011, via American print edition)..☛..For half a century, strip malls were the commercial heart of suburbia. Americans drove to these open-air shopping centres, strung out along a main road, to pick up their dry-cleaning or get their hair styled. Now vacancy rates are at 10.9%, a level not seen since 1991, according to Reis, a property analyst.

Although the bankruptcies of some retail chains, such as Circuit City and, as of this week, the book chain Borders, have left big holes, the decline of strip malls has also been caused by rampant overbuilding. In 1990 there were 18 square feet (1.7 square metres) of retail space per person. By 2010 the figure had more than doubled to 40 square feet, according to Kennedy Lawson Smith, a land-use expert. Shops have changed places in a version of musical chairs, leaving empty storefronts in their wake. Ryan Severino, an economist with Reis, calls what happened:

Strip-mall owners are now on the lookout for new kinds of renters: political candidates, for example, who can use them for short-term office space. Some strip malls have become ethnic commercial enclaves with halal butchers replacing mini-marts. Abigail Rosenbaum of CBRE-Econometric Advisors also notes that supply growth is flattening. Not much building went on in 2010, and little is likely in 2011 and 2012. But suburban staples like Wal-Mart, Costco and Target are moving into cities, leaving hundreds of big stores empty, according to Edward McMahon of the Urban Land Institute.

What of the future? Mr McMahon recently observed two Barnes & Noble outlets close to each other in Maryland. The one in a strip mall did less well than the one with no dedicated parking, but near a cycle path and the train. It is surrounded by other shops and restaurants in a sort of town centre, or, as Brandon Palanker of Renaissance Downtowns, a developer, describes it, “a boutique city”. That may be the way ahead. 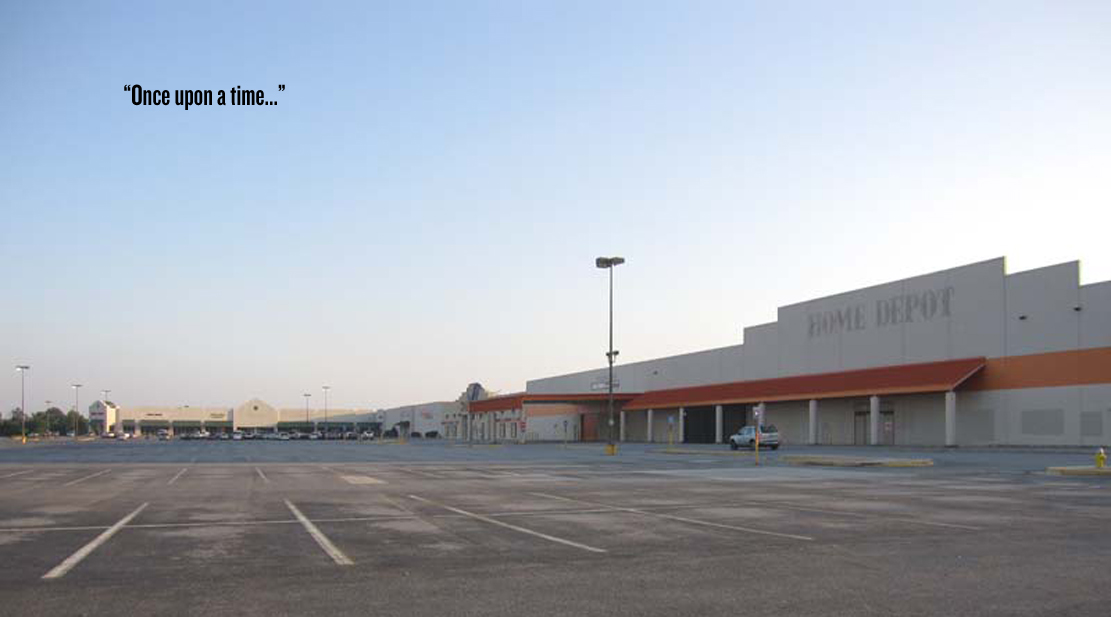