The 21-year-old woman was carefully trained not to flirt with anyone who came into the laboratory over the course of several months. She kept eye contact and conversation to a minimum. She never used makeup or perfume, kept her hair in a simple ponytail, and always wore jeans and a plain T-shirt. Each of the young men thought she was simply a fellow student at Florida State University participating in the experiment, which ostensibly consisted of her and the man assembling a puzzle of Lego blocks. But the real experiment came later, when each man rated her attractiveness. Previous research had shown that a woman at the fertile stage of her menstrual cycle seems more attractive, and that same effect was observed here — but only when this woman was rated by a man who wasn’t already involved with someone else.

The other guys, the ones in romantic relationships, rated her as significantly less attractive when she was at the peak stage of fertility, presumably because at some level they sensed she then posed the greatest threat to their long-term relationships. To avoid being enticed to stray, they apparently told themselves she wasn’t all that hot anyway. This experiment was part of a new trend in evolutionary psychology to study “relationship maintenance.” Earlier research emphasized how evolution primed us to meet and mate: how men and women choose partners by looking for cues like facial symmetry, body shape, social status and resources. But the evolutionary mating game wasn’t just about finding a symmetrical face in the savanna’s equivalent of a singles bar. Natural selection favored those who stayed together long enough to raise children: the men and women who could sustain a relationship by keeping their partners happy. They would have benefited from the virtue to remain faithful, or at least the wilingness to appear faithful while cheating discreetly.

It’s possible that some of the men in Florida were just trying to look virtuous by downgrading the woman’s attractiveness, the way a husband will instantly dismiss any woman pointed out by his wife. (That Victoria’s Secret model? Ugh! A skeleton with silicon.) But Jon Maner, a co-author of the study, says that’s unlikely because the men filled out their answers in private and didn’t expect the ratings to be seen by anyone except the researchers. “It seems the men were truly trying to ward off any temptation they felt toward the ovulating woman,” said Dr. Maner, who did the work with Saul Miller, a fellow psychologist at Florida State. “They were trying to convince themselves that she was undesirable. I suspect some men really came to believe what they said. Others might still have felt the undercurrent of their forbidden desire, but I bet just voicing their lack of attraction helped them suppress it.”

It may seem hard to believe that men could distinguish a woman who’s at peak fertility simply by sitting next to her for a few minutes. Scientists long assumed that ovulation in humans was concealed from both sexes. But recent studies have found large changes in cues and behavior when a woman is at this stage of peak fertility. Lap dancers get much higher tips (unless they’re taking birth-control pills that suppress ovulation, in which case their tips remain lower). The pitch of a woman’s voice rises. Men rate her body odor as more attractive and respond with higher levels of testosterone.

“The fascinating thing about this time is that it flies under the radar of consciousness,” says Martie Haselton, a psychologist at U.C.L.A. “Women and men are affected by ovulation, but we don’t have any idea that it is what is driving these substantial changes in our behavior. It makes it clear that we’re much more like other mammals than we thought.”

At this peak-fertility stage, women are more interested in going to parties and dance clubs, and they dress more attractively (as judged by both men and women). Some women’s attitudes toward their own partners also change, according to research by Dr. Haselton along with a U.C.L.A. colleague, Christina Larson, and Steven Gangestad of the University of New Mexico. “Women who are in steady relationships with men who are not very sexually attractive — those who lack the human equivalent of the peacock’s tail — suddenly start to notice other men and flirt,” Dr. Haselton said. “They are also more critical of their steady partners and feel less ‘one’ with them on those few days before ovulation.” But that doesn’t mean they’re planning to walk out. “These women don’t show any shifts in feelings of commitment,” Dr. Haselton said. “They don’t want to leave their steady partners. They just want to look around at other men and consider them as alternative sex partners.” 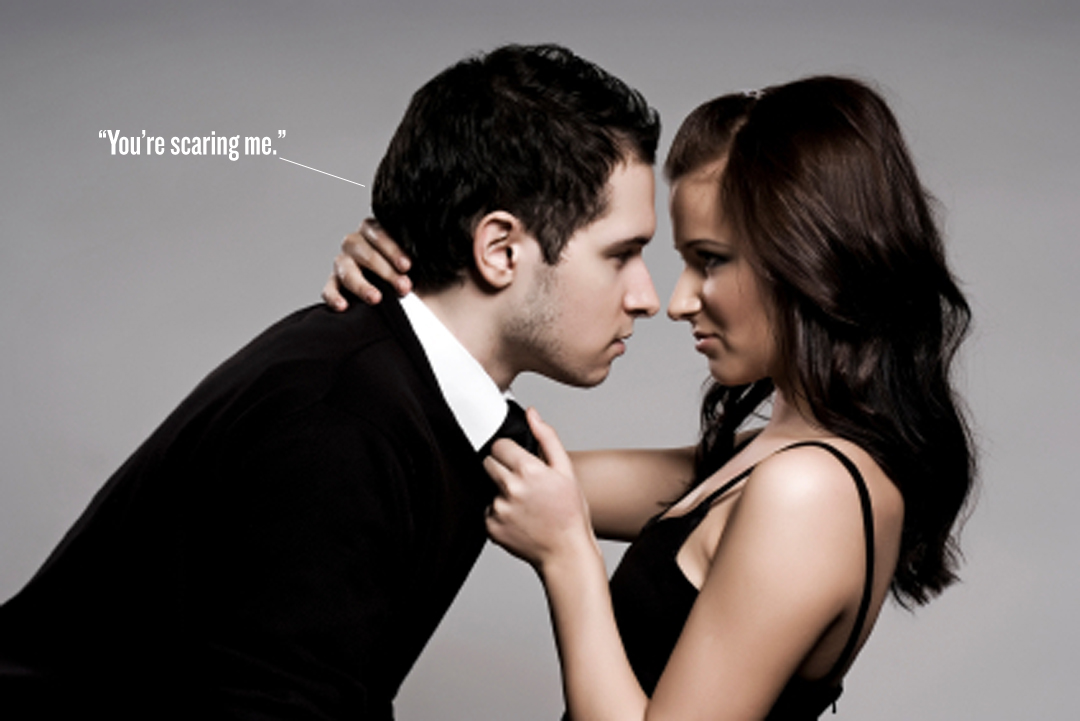 This fits the “good genes” evolutionary explanation for adultery: a quick fling with a good-looking guy can produce a child with better genes, who will therefore have a better chance of passing along the mother’s genes. But this sort of infidelity is risky if the woman’s unsexy long-term partner finds out and leaves her alone to raise the child. So it makes sense for her to limit her risks by being unfaithful only at those times she’s fertile. By that same evolutionary logic, it makes sense for her partner to be most worried when she’s fertile, and that’s just what occurred in the relationships tracked by Dr. Haselton and Dr. Gangestad. The unsexy men became especially jealous and engaged in more “mate-guarding” during the stage of high fertility — perhaps because they sense the subtle physical cues, or maybe just because they could see the overt flirting.

One safe way for both men and women to stay in a relationship is to avoid even looking at tempting alternatives, and there seem to be subtle mental mechanisms to stop the wandering eye, as Dr. Maner and colleagues at Florida State found in an experiment testing people’s “attentional adhesion.” The men and women in the experiment, after being primed with quick flashes of words like “lust” and “kiss,” were shown a series of photographs and other images. The single men and women in the study couldn’t help staring at photographs of good-looking people of the opposite sex — their gaze would linger on these hot prospects even when they were supposed to be looking at a new image popping up elsewhere on the screen. But the people who were already in relationships reacted differently. They looked away more quickly from the attractive faces. The subliminal priming with words related to sex apparently activated some unconscious protective mechanism: Tempt me not! I see nothing! I see nothing!

This is good news for fans of fidelity, but there’s one caveat from a subsequent study by Dr. Maner along with C. Nathan DeWall of the University of Kentucky and others. This time, the researchers subtly made it difficult to pay attention to the attractive faces. Both men and women responded by trying harder to look at the forbidden fruit. Afterward, they expressed less satisfaction with their partners and more interest in infidelity.

The lesson here seems to be that too much “mate-guarding” can get in the way of “relationship maintenance.”

“We shouldn’t want our partner to be looking at lots of other people, because that’s bad for the relationship,” Dr. Maner said. “At the same time, preventing them from looking doesn’t help either, and can backfire.” Left to their own devices, conscious or unconscious, they might just manage to restrain themselves.

Previous post:
The Net Worth Of Every American President, From Washington To Obama Next Post:
Researchers Successfully Achieve Avatar-Like Out Of Body Experience