First publised in The Guardian (February 17, 2011) by Alok Jha..☛..In the film Avatar, explorers on the planet Pandora transmit their minds into alternative bodies. Now scientists have come a step closer to recreating the experience in the lab. They have successfully “projected” people into digital avatars that can move around a virtual environment. The participants experienced the digital body as if it were their own, even if the virtual humans were of the opposite sex. The research is aimed at understanding how the brain integrates information coming from the senses in order to determine the position of the body in space. But the results could also be used in next generation computer games or for people who want to transport themselves, digitally, to other locations.

Olaf Blanke, a neurologist with the Brain Mind Institute at Ecole Polytechnique Fédérale de Lausanne in Switzerland, who led the work, used a virtual-reality (VR) setup with cameras linked to a head-mounted video display to achieve his results. He presented his work on Thursday at the annual meeting of the American Association for the Advancement of Science. It is an extension of previous work by the same researchers that aims to recreate out-of-body experiences. These are defined as situations where a person who is awake sees their own body from somewhere outside themselves. This can occur when brain function has been damaged through a stroke, epilepsy or drug abuse. The most common cases happen in traumatic events such as car accidents or during operations. In those experiments, carried out by Blanke and colleagues in 2007, volunteers wore goggles containing a video screen for each eye fed fed by a pair of cameras behind the participant. Because the two images were combined by the brain into a single image, they saw a 3D image of their own back. Experimenters then moved a plastic rod towards a location just below the cameras, in their field of view, while the participant’s real chest was simultaneously touched in the corresponding position. The participants reported feeling that they were located where the cameras had been placed, watching a body in front of them that belonged to someone else.

In his latest work, Blanke’s volunteers used a similar VR set-up and then wandered through different digital 3D environments while researchers physically touched them either in sync or out of sync with the digital humans, to see where the volunteers thought their bodies were in the virtual space. He also “projected” male volunteers into female avatars and placed volunteers directly into their avatars, so they were no longer watching from behind. Blanke reported that, even when moving in a virtual scene, volunteers felt as if whatever happened to the avatar happened to them.

“They start thinking that the avatar was their own body,” said Blanke. “We created a partial out-of-body experience. We were able to disassociate touch and vision and make people think that their body was two metres in front of them.”

The volunteers all wore skullcaps, which contained electrodes, to monitor the electrical activity in the brain. The data recorded by these showed a heightened response in the temporo-parietal and frontal regions of the volunteer’s brains, compared to control conditions. These parts are responsible for integrating touch and vision into a coherent perception. Blanke said the work on inducing these experiences artificially proved that they were nothing more than a brain malfunction. “Instead of it being a spiritual thing, it is the brain being confused,” he said. “Why do we think that it is spiritual when we don’t think a phantom limb when one is lost is an example of the paranormal?” 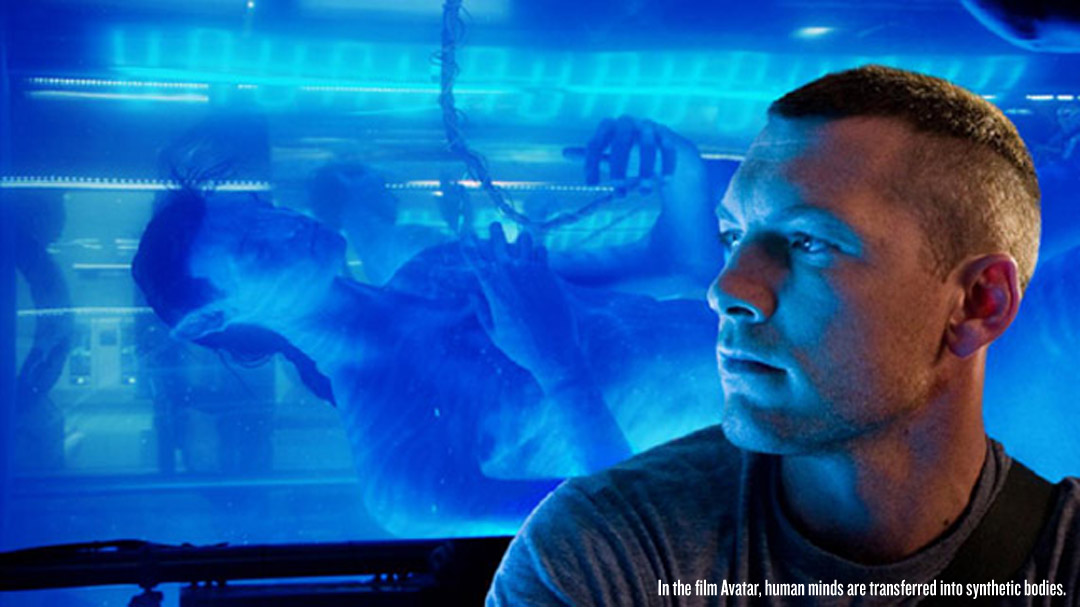 Previous post:
The New York Times Looks At The New Science Of “The Threatening Scent Of Fertile Women” Next Post:
The Streets Of Los Angeles