Shiloh Fernandez was primed for the Catherine Hardwicke star machine years before theThirteen (2003), Lords of Dogtown (2005), and original Twilight (2008) director cast him as the romantic lead alongside Amanda Seyfried in next month’s Red Riding Hood, Hardwicke’s latest gothic adolescent dream. The 25-year-old actor from Ukiah, California, possessed a suitably angular melancholy that almost won him the Edward Cullen part made famous by Robert Pattinson, a peculiar distinction that is now an inevitable talking point in his young Hollywood career (perhaps less inevitable is his now-not-so-peculiar name, which he shares with the first result of Brad Pitt and Angelina Jolie’s blended DNA). But Fernandez’s ascent has been less direct than other up-and-comers, a trajectory that has included turns as a dishwasher, a teenage American Apparel model (and—later—stock boy) hand-picked by the company’s CEO, Dov Charney, and an almost-familiar face on shows like Cold Case, Jericho, United States of Tara, and Gossip Girl and in films like the thriller Red (2008) and the musical Cadillac Records (2008). In addition to Red Riding Hood, Fernandez stars in the coming-of-age-in-the-’80s independent Skateland; and he just lined up his first film role that requires an accent, a British drama called The Beloved. He is also rumored to be playing the lead in a new, young Hollywood remake of 21 Jump Street, the ’80s high school–cop show that launched Johnny Depp. And then there is “Mr. DiCaprio,” as Fernandez refers to him, who is a producer on Red Riding Hood and made himself available to Fernandez as a sounding board. In other words, the transformation has begun.

JACOBS: That’s a good thing, wouldn’t you say? I think of you as a little better and a little greasier.

FERNANDEZ: Yeah, I’m definitely shocked that people are saying, “You’re the romantic lead in this film.” That’s surprising to me. I don’t see myself that way at all.

JACOBS: How would you describe your character, Peter, in Red Riding Hood?

FERNANDEZ: They were having every boy audition for both roles, for Peter and Henry. Henry’s wealthier, the son of the blacksmith, who Red Riding Hood’s parents arrange her engagement to. He’s a really good guy but just doesn’t get the girl. Peter is more of the mysterious hero. I had to think about why I was attracted to Peter and not Henry, when I’m probably more like Henry. I’m not the guy who always gets the girl. I’m not the hero. But the role that appealed to me the whole time was Peter. He’s a migrant worker who works hard and has love for this girl that’s never-ending. He tries to do the right thing throughout the whole film. Somebody who works that hard to be a good person, who’s maybe not innately that way, fascinated me.

JACOBS: What’s your take on the film itself?

FERNANDEZ: It started with the fact that I’d known Catherine. I auditioned for a couple of her movies and I like her. I liked how she connects with youth and how she picks really great young actors. Reading it, I was thinking it might be something like Twilight, but this is not as much of a love story. It’s really a whodunit thriller. It was a very exciting script, and you really don’t know who’s at the center of it all until the end. To be able to play up certain aspects that are going to lead the audience away from the final reveal was something that I was into.

JACOBS: How close were you to getting the role of Edward Cullen in Twilight?

FERNANDEZ: You’ll have to ask Catherine. It appears that I was closer than I maybe remember. I did have a screen test and signed contracts and all that. But the thing that came out of it, whether I was second runner-up or not, was that Catherine and I liked each other, and she was gracious enough to keep me in mind for other things. I really don’t know how close I was to getting the part in Twilight. Did I want the part? I did. But I don’t think I was right or ready for it. And I don’t think anybody knew that it was going to be what it’s turned out to be. WhenRiding Hood came along, I thought it was a much better fit.

JACOBS: Is it strange to consider Robert Pattinson’s life? How that madness could have been yours?

FERNANDEZ: I don’t think it ever could have been mine. I think it would have been really, really bad for me. He seems like a really neat guy who’s handled himself amazingly well. I’m very grateful at this point that I didn’t get it. I remember when my agent called to tell me I didn’t get it. And then the next day I had an audition for something else. [laughs] When it came out, I was doing a movie with Ashley Greene, who’s in Twilight, and we went to the movies and watched it. It is a funny experience but I can’t say that it was one of the movies I was heartbroken over not getting.

JACOBS: After this film your life is going to be a bit different.

FERNANDEZ: I haven’t thought a whole lot about the change. I might have had some thoughts, and maybe that was the reason I wanted to come back to Ukiah and not really think about it for the time being, you know?

JACOBS: There’s a rumor that you’re a lock for the Johnny Depp part in the 21 Jump Streetremake. It’s become a part of your rising-star story.

FERNANDEZ: I’ll be honest: I’ve been in Ukiah, completely checked out of L.A., and my buddy called and he’s like, “Dude, are you doing 21 Jump Street?” I never auditioned. I never saw a script. Nobody even told me that they were making a movie. I called my manager and he said that just happens. People make up rumors and put them on the Internet. So, no, I have no interest in doing that movie. I’m sorry to disappoint anybody, but I wouldn’t choose that for myself. [laughs] I mean, unless it was a comedy. If it was a comedy, that’d be awesome.

JACOBS: What’s your role in Skateland?

FERNANDEZ: I really like that movie. That was the last movie I did before Red Riding Hood. It really spoke to me because it’s about this kid from a small town who’s not ready to make any decisions about life. And I think that that’s probably where I was, and if I hadn’t been forced to go to college, I might have stayed in Ukiah as a dishwasher at this Italian restaurant, Mario’s, where I worked all through high school, and not really made a whole lot of decisions for myself. It’s about a kid who goes through that exact same thing, you know? He’s kind of settled in his routine when a series of events takes place and he has the power to move on. It’s worth it for him to go out in the world and try to succeed outside of what’s comfortable for him.

JACOBS: Do you have a new car, a new dog, or a new girlfriend?

FERNANDEZ: I have none of the above. When I get back to Los Angeles, I plan on moving out of my place, putting my stuff in storage, and kind of bumming it for a bit.

JACOBS: What does that mean?

FERNANDEZ: I just don’t want to be tied down to a place right now, to a home where I have to pay rent. I want to be able to travel. My mom has a house down in Mexico, so maybe I’ll spend time there. I just feel like it’s a much more interesting way to live than the way I have been for six years, which is kind of trapped in L.A., waiting for the phone to ring, running to an audition. It just feels much better to lead an interesting life and, when opportunities come up, be much more prepared for them.

JACOBS: So you’re not interested in the part of Hollywood where you’re photographed by paparazzi coming out of a gym with Amanda Seyfried?

FERNANDEZ: Oh, my god, that was terrible! I couldn’t believe it. I mean, she obviously deals with it all the time. But it was shocking to look across the street and see somebody in a van being creepy. That’s not a happy thing for me. [laughs]

JACOBS: Do you know Shiloh Jolie-Pitt?

FERNANDEZ: Do I know her personally? No, I haven’t met the little darling. 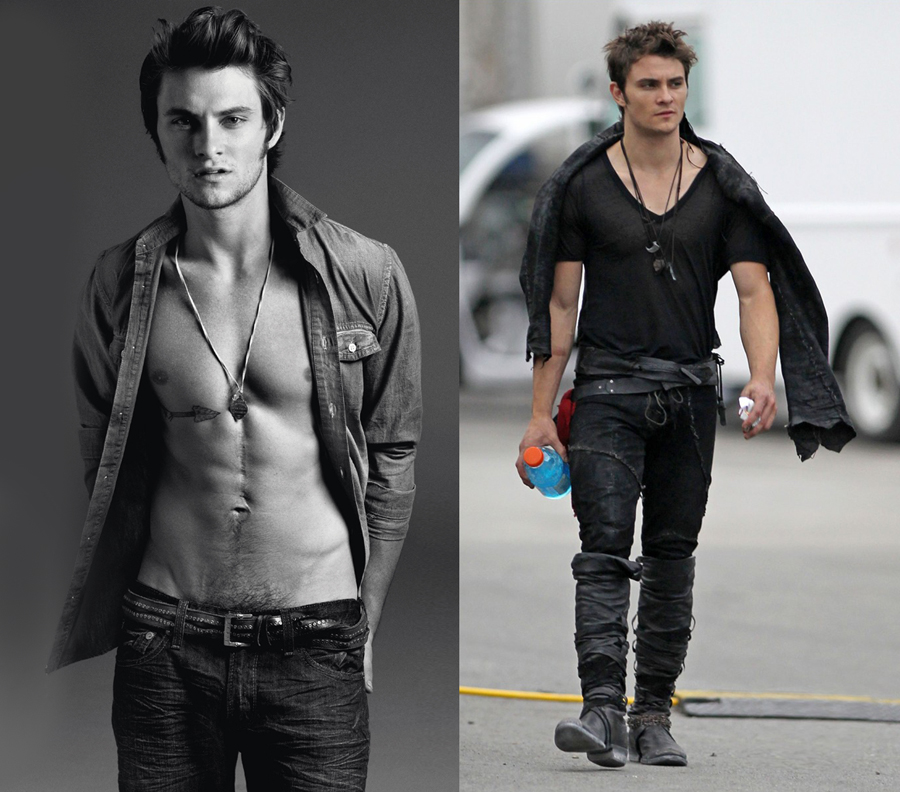 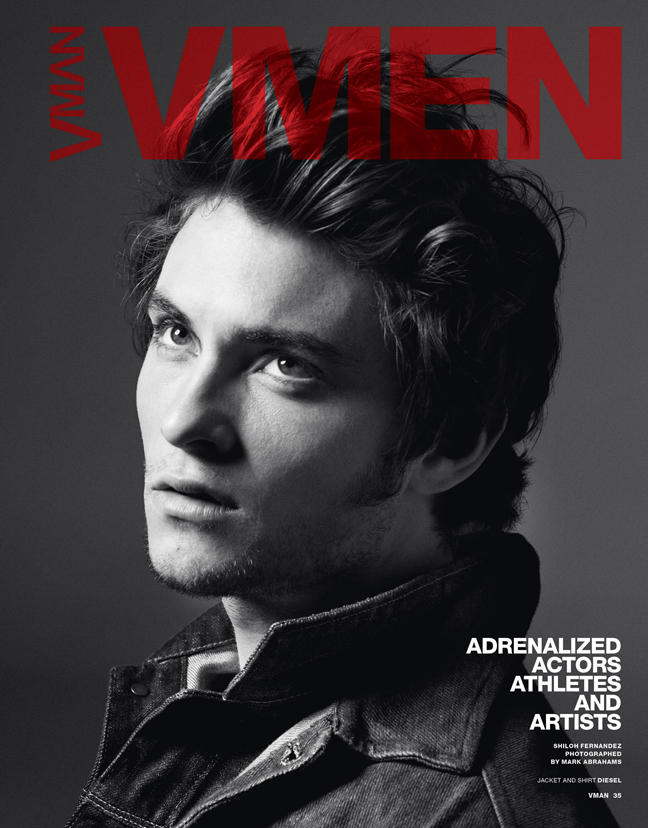 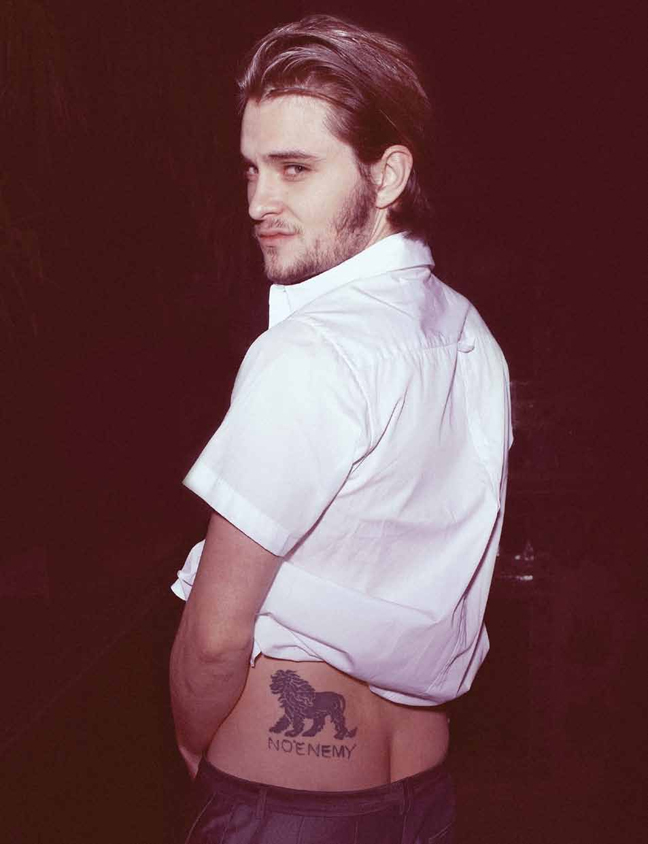