First publised in The New York Times (February 19, 2011) by Steven Erlanger..☛..The turmoil in North Africa and the Middle East has helped drive oil prices up to more than $102 a barrel for an important benchmark crude, Brent, although so far there have been no significant disruptions in production or supply, according to experts at the International Energy Agency here. While Egypt and Tunisia have little oil, Libya is one of Africa’s largest holders of crude oil reserves, Algeria and Iran are major suppliers and Bahrain and Yemen both border Saudi Arabia on the peninsula that produces most of the world’s oil. Together, Libya, Algeria, Yemen, Bahrain and Iran represent about 10 percent of global oil production.

Oil markets are famously skittish, especially when there is even the possibility of disruptions in the Middle East and North Africa, which account for some 35 percent of the world’s oil production and a greater percentage of the world’s known reserves. That nervousness is likely to spread elsewhere, with so many economies still fragile in the wake of the worldwide economic downturn and with the possibility that higher crude prices could lead to further increases in food prices. The high cost of food has already led to unrest in several countries, even before political revolts began in the Middle East. The increased price of energy is a “burden that can be a detriment to the global economic recovery,” said Nobuo Tanaka, the executive director of the International Energy Agency. 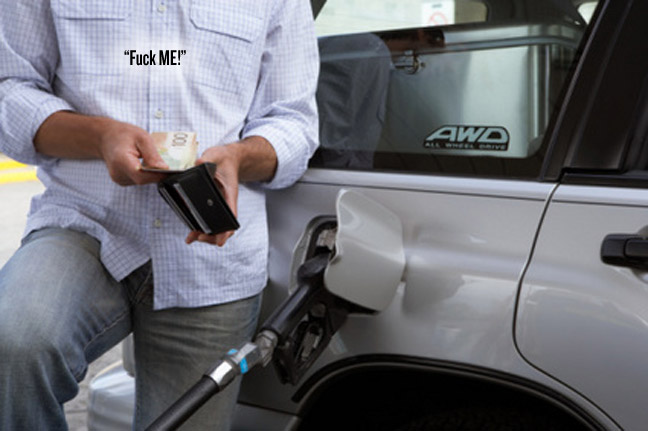 Brent is a global benchmark crude oil that is produced in the North Sea and traded in London. It is typically the benchmark that is used to set the price for most of the oil from the Middle East. Another benchmark crude, West Texas Intermediate, closed at $86.20 a barrel on Friday. Each benchmark has an impact on gasoline prices in the United States, with the East Coast more affected by the Brent prices than other regions. The reserves in the Middle East and North Africa (known as the MENA countries), while long important, have grown even more critical as demand for oil increases. Prices have risen about 30 percent since September, reaching their highest level since September 2008. Those who track oil prices are especially worried about the renewed turmoil in Iran and the possibility of unrest spreading from Bahrain to Saudi Arabia, which could have a major impact on oil’s price and its availability. Richard H. Jones, the energy agency’s deputy executive director and a former American diplomat in the Middle East, said that about 17 million barrels of oil passed through the Persian Gulf and the Strait of Hormuz every day. “So if that shuts down, we’re in big trouble,” he said.

But so far, Mr. Jones said, the effects of the regional turmoil have been small. Egyptian production and transportation of natural gas have continued despite an explosion at a pipeline in the Sinai as the demonstrations against President Hosni Mubarak were under way (an Egyptian investigator said four gunmen bombed the pipeline). Although there have been labor protests among workers at the Suez Canal, so far analysts have said there is no danger of the vital waterway being affected by the country’s political upheaval. The unrest in Libya, while serious, has not disrupted its production of oil. Mr. Jones and Didier Houssin, who runs the directorate for energy markets and security at the International Energy Agency, said that Libya was not a major producer, selling “only a little over one million barrels a day” and representing about 2 percent of world production. If there were to be a disruption of supplies from Libya, “We can cope,” Mr. Jones said. Still, a Deutsche Bank commodities analyst, Soozhana Choi, said, “As antigovernment protests have spread from Tunisia and Egypt to the streets of Bahrain, Yemen and OPEC member countries Algeria, Libya and Iran, concerns about geopolitical risk and the potential for supply disruptions have returned aggressively” to the oil market. The International Energy Agency monitors strategic oil reserves that total about 1.6 billion barrels, Mr. Tanaka said. The agency has sometimes released reserves to smooth out global oil prices, including in the aftermath of the Persian Gulf war of 1991 and Hurricane Katrinain 2005. The agency’s chief economist, Fatih Birol, said that with Brent crude over $100 a barrel, “we are entering a danger zone,” he said, with oil prices “creating inflationary pressures and risk for economic recovery.”

For now, although oil stocks are declining with increased consumption, “there is still plenty of spare production capacity, especially in OPEC countries,” Mr. Tanaka said. Robert B. Zoellick, president of the World Bank, speaking on Saturday at a Group of 20 meeting, said that the Saudis in particular had indicated that they had significant spare capacity, which may help to keep markets calm. But over the past two years, Mr. Zoellick said, “There is a much closer connection between food and energy prices.” Part of the reason is biofuels, he said, but oil is also vital for fertilizers, transportation and agricultural equipment, especially in the developing world, where demand is increasing. While the world is moving toward more renewable energy sources and re-examining nuclear power, it will be dependent on fossil fuels for years to come, Mr. Birol said. For the future, “90 percent of growth in oil production will have to be met by MENA countries,” he said. “If not, we’re in trouble.”

Previous post:
William Friedkin Speaks Candidly About Faith And The Reality Of The Effects In “The Exorcist” Next Post:
Trailer For Palme d’Or-Winning Film: Ghosts, Red-Eyed Monsters, Hailed As “Freaky, Eerily Beautiful”