First publised in CNN (February 18, 2011) by Jonathan Mann..☛..Could the United States government run out of money, stop paying its creditors worldwide and just shut down? “The strength of the American dollar as a world currency is grounded on the unconditional guarantee by the United States to pay its debts,” said Democratic Senator Dick Durbin. “A default on that commitment, a near default, a threat of default, no matter how short, would be a first in the history of the United States.”

From Tokyo to Toronto, governments of all sizes are facing tough budget choices. The U.S. is no exception and this week President Obama proposed a multi-trillion-dollar budget that lawmakers will probably fight over for months. The problem is that Washington faces a bigger budget decision much sooner. Like many other countries, the U.S. spends more than it collects as taxes and it makes up the difference by borrowing. But unlike their counterparts in most other countries, U.S. lawmakers keep a legal limit on total debt. Right now it’s roughly $14.3 trillion and Washington will probably need more money within weeks. Some Republicans say they’ll vote against raising the limit because they are so determined to cut government spending. “I think the most irresponsible thing that we can do as a Congress, the least grown-up thing we can do, is just to vote to raise that debt ceiling and continue business as usual, amounting these massive deficits and debt that we have been running up,” said Republican Senator Pat Toomey.

The impact could be enormous, leaving the U.S. Treasury without money for paychecks, pensions or payments to other governments worldwide; it could undermine faith in the most important currency in the world. As that enormous decision actually approaches, some prominent Republicans are backing away from the threat and looking for ways to negotiate a new, higher limit. In fact, President Obama’s Democrats are more likely to mention the debt limit these days, losing no opportunity to remind voters about what Republicans have been considering. Some Republicans may still be considering it. Until we get close to a vote on the limit in the new Republican-controlled House of Representatives, we can’t be sure.

Washington could still really shut itself down. Or come close. 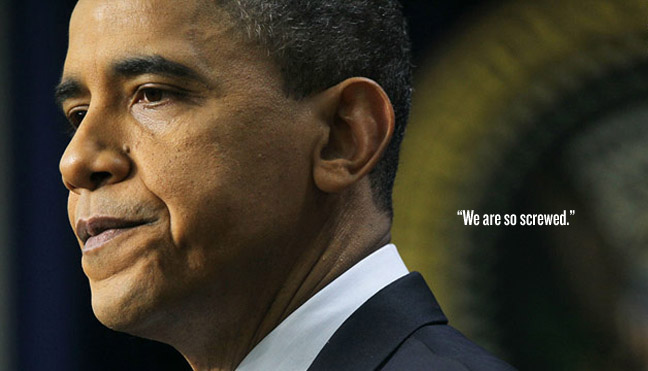