First publised in Inhabit (February 14, 2011) by Timon Singh..☛..The United States’ Defense Advanced Research Projects Agency (DARPA) have done great things in the past – they have aided in the Apollo moon missions, invented the Internet, developed solar blimps and created batteries smaller than a grain of salt. However, it’s their latest venture that is literally out of this world. DARPA is set to begin work on a project called the 100-Year Starship Study, an initiative which is designed to see what it would take to create an organisation capable of taking us to the stars, or in essence, the Starfleet from Star Trek.

According to DARPA, the 100-Year Starship Study will “examine the business model needed to develop and mature a technology portfolio enabling long-distance manned space flight a century from now. This goal will require sustained investments of intellectual and financial capital from a variety of sources. The year-long study aims to develop a construct that will incentivize and facilitate private co-investment to ensure continuity of the lengthy technological time horizon needed. The 100-Year Starship study is about more than building a spacecraft or any one specific technology,” said Paul Eremenko, DARPA coordinator for the study. “We endeavor to excite several generations to commit to the research and development of breakthrough technologies and cross-cutting innovations across a myriad of disciplines such as physics, mathematics, biology, economics, and psychological, social, political and cultural sciences, as well as the full range of engineering disciplines to advance the goal of long-distance space travel, but also to benefit mankind.”

With NASA’s shuttle fleet being decommissioned and Obama claiming America is on the brink of a “Sputnik Moment”, surely this is the time for the world to work out how we can boldly go into space. As dilithium crystals don’t exist, DARPA is set to research other alternative methods of space propulsion. Working with the Department of Defense (DoD), DARPA are expected to push the envelope in terms of space propulsion, energy storage, biology/life support, computing, structures, navigation, and more. The group has already had a strategic workshop, and while no names are mentioned, Clean Technia has stated that of the 30 participants, half were from DARPA and NASA while others included science professionals, futurists, two science fiction writers, and even a representative from the film industry. 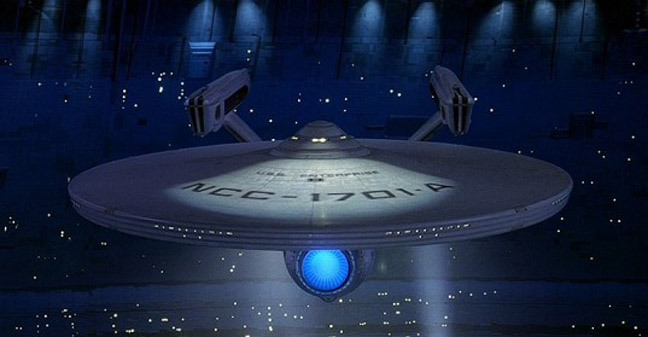