First publised in The Wall Street Journal (February 14, 2011) by Paula Szuchman..☛..This Valentine’s Day, skip the chocolate, lingerie and jewelry. Instead, practice talking less, doing the dishes and putting out. Romantic? Maybe not. The secret to a life of wedded bliss? Quite possibly. A little background. I just co-wrote a book called “Spousonomics: Using Economics to Master Love, Marriage & Dirty Dishes,” in which I take some well-established ideas from the dismal science and use them to show couples how they can improve their marriages. One of the first things people say when they hear about the book is something to the effect of, “Isn’t that kind of unromantic?” Well, yeah. But what’s romantic about dishes, laundry, diapers, bills, mortgages, in-laws, TiVo, company picnics, circular arguments, BlackBerries, hamsters, PTA meetings, and all the million other little things that go into a marriage and detract from the actual romance between two people who once loved each other so much they decided to keep each other company for the rest of their lives?

All that stuff is the business side of marriage, and to navigate it successfully, you don’t need chocolate hearts. You need sound reasoning. You need to be practical and efficient. You need to allocate your scarce resources wisely and make smart trade-offs, so that at the end of the day, you can enjoy the company of that person you promised to have and to hold until death (death!) do you part. Herewith, five somewhat regressive, not very romantic, yet extremely effective lessons from economics for a happy marriage with long-term prospects:

Well okay, talk all you want about your dreams, ambitions and Egypt’s future. But when it comes to nagging reminders about what your spouse still has to do after a long day working for the man—take out the recycling, walk the dog, write a thank-you letter, defrost the chicken, fix the stereo—keep a lid on it. Economists talk about “information processing costs,” or the costs incurred from processing, absorbing and filtering information. When information processing costs get too high, we tend to become paralyzed. Like when we get to the kitchen-cabinet department at IKEA, and we’re so overwhelmed that we decide to skip the whole thing and just have a plate of meatballs at the café then head home for a nap. Overloading your spouse with what you consider to be perfectly valid information is a bad idea. One thing at a time, friends, and the most important thing first. Same rule applies when you’re arguing. Stick to the point—he didn’t call to say he was running late—and don’t tick off the long list of sins he’s committed since last Tuesday.

Married people exercise less than single people do. I know this because married couples have told me so—56% of people we surveyed said they gained weight after they got married. Everyone has their excuses: They’re too busy with their demanding jobs, too exhausted by their demanding children, too lazy to get off their demanding couches. But the real reason is moral hazard, or the tendency to take more risks and behave more irresponsibly when there are no consequences. Moral hazard is one reason the country’s biggest financial firms bet the house on subprime mortgages—they knew if worse came to worst, Uncle Sam would be there to bail them out. Similarly, why bother working out and staying fit when you’ve already snagged your man—or woman—and you’ve got a license from the state to prove it? After I got married, one of my single friends told me I was lucky because I didn’t have to go to the gym anymore. I was no longer “posin’ to be chosen.” So go ahead, challenge your own moral hazard and try losing that post-marriage weight. While you’re at it, don’t wear sweatpants around the house all the time.

Here’s where I’m really going to get skewered by my sisters for setting women back 50 years: Do the dishes because you just might be better at them, and faster, and less likely than your spouse is to leave them out overnight. You might think a 50/50 marriage is the way to go, but if you’re like so many other couples in the year 2011, your quest for egalitarianism means you’re more likely to pick a fight when you sense things are getting into the 60/40 range—or worse. Better to have a system where each of you specializes in what you do best, relative to other chores. It’s a system based on the notion of comparative advantage, which (as every Wall Street Journal reader knows) is the foundation of free trade. And what’s marriage, if not a union between two trading partners? So if you really are better at the dishes than remembering to call the in-laws, then that should be your job. It’ll take you less time than it’ll take him, and it’ll take him less time to have a quick chat with mom than it would take you, which means in the end, you’ve saved quite a bit of collective time. Use that time for fun stuff, like, for example, sex.

Which brings me to my fourth point: Put out. I know, it seem ridiculous to tell married people they should have sex (with each other)—but then why do so many people seem to forget this is a key part of the job of being married? Some 54% of married people, according to our research, wish they were having more sex, and the people who are doing it more also report being happier in their relationships. Not saying one causes the other, but there’s a definite correlation, for what it’s worth. The #1 reason people say they don’t do it more: They’re too tired. The only solution to this problem is to wake up and do the job—the same way you wake up every morning and go to your actual job. No reason why you can do one and not the other. In “Spousonomics,” we suggest people lower the costs of having sex in order to up demand. Keep it simple, fast and fun. Some people even say the more they get in the habit of doing it, the more they want to do it. Kind of like flossing.

And finally, start scheming, or thinking strategically. Being strategic might sound cold and calculating, but it’s something you probably already do with your spouse, whether you admit it or not. For example, if your friends invite you for a weekend away, no spouses, and you want to go, you naturally start thinking about how you can make this happen with minimal fuss, what you can offer your spouse in return, how to bring it up, when to bring it up, and what type of flowers to present as graft when you’re in the midst of bringing it up. Thinking ahead, learning from past experience, putting yourself in your spouse’s shoes—these are all strategies straight from the game-theory playbook (game theory being the study of behavior in strategic situations). In fact, if you think like a game theorist, you’ll find that marriage is really just a two-person repeated game. In the game, each person is trying to achieve the best results possible, given the limitations that there’s another person involved. Think of that other person and you’re being strategic. You’re also being pretty romantic. 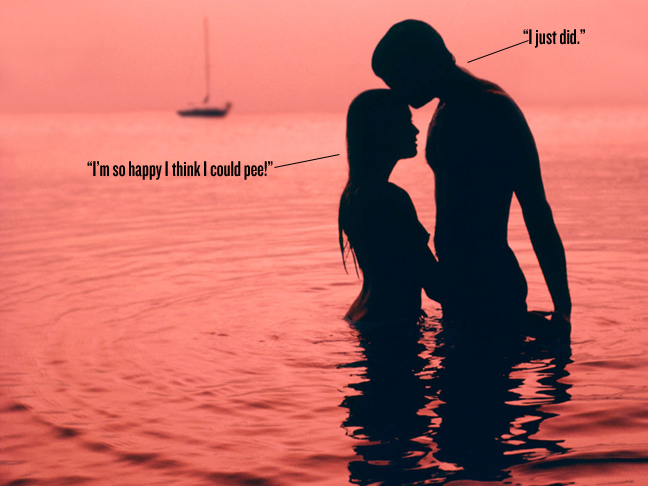