First publised in FORBES (February 10, 2011) by Clare O’Conner..☛..He may be a seasoned pro now, but at 23, Apple billionaire Steve Jobs was, by his own admission, “ready to throw up” at the prospect of appearing on TV. This video of Jobs getting prepped for an on-camera interview has gone viral in the last 24 hours, and it’s easy to see why. The Apple founder was clearly very nervous – “deathly ill” at the thought of being filmed, and asking for a glass of water and directions to the bathroom. He also appears astounded by the technology available in the newsroom: “God, look at that,” he says, gesturing at the live feed. “Look at that, I’m on television!” The video is thought to be from an interview with a San Francisco station in 1978, 23 years before the debut of the iPod, and evidently long before Jobs had settled on his go-to attire for TV interviews: his black turtleneck and jeans. 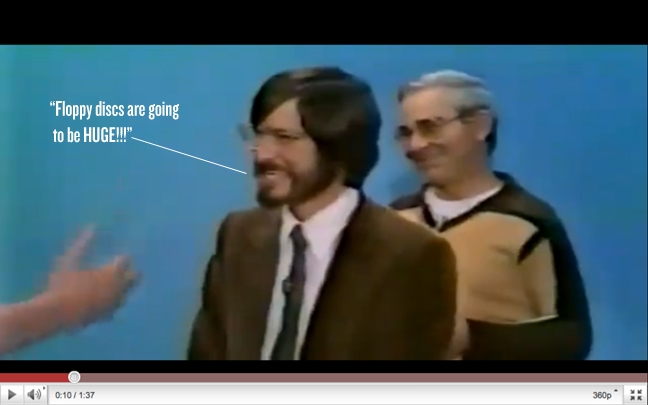 Previous post:
“The Frenzy Of Renown” Is A History Of Fame And Its Impact On Culture And Society Over Millenia Next Post:
Architect Creates Astonishing Living, Breathing Crystallized “Coral Reef-Like” Synthetic Forest