For this past session of the 2010 Venice Architecture Biennale (August 29 – November 21, 2010), Toronto architect Philip Beesley installed a forest of acrylic fronds that moved as though breathing (the installation was for the Canadian Pavilion). Called Hylozoic Ground, the installation was covered in sensors, microprocessors, mechanical joints and filters. These allowed the structure to move in response to its environment, drawing in and filtering moisture and organic particles from the air. The title refers to ‘hylozoism’, an ancient philosophical view that matter has life, and the project proposed a future city that would operate as a living being. Beesley collaborated with University of Waterloo engineering director Rob Gorbet and chemist Rachel Armstrong.  Here’s the original details from Beesley just before the installation was opened this past August:

For the 12th International Architecture Exhibition “Hylozoic Ground” transforms the Canada Pavilion with an immersive, interactive environment made of tens of thousands of lightweight digitally-fabricated components fitted with meshed microprocessors and sensors. The glass-like fragility of this artificial forest is built of an intricate lattice of small transparent acrylic meshwork links, covered with a network of interactive mechanical fronds, filters and whiskers. The environment is similar to a coral reef, following cycles of opening, clamping, filtering and digesting. Arrays of touch sensors create waves of diffuse breathing motion, luring visitors into the shimmering depths of a forest of light. The project is designed by Philip Beesley, Associate Professor of Architecture at the University of Waterloo, with engineering director Rob Gorbet, experimental chemist Rachel Armstrong, and many collaborators. The project’s title refers to ‘hylozoism’, the ancient belief that all matter has life. “Hylozoic Ground” offers a vision for a new generation of responsive architecture. The “Hylozoic Ground” environment can be described as a suspended geotextile that gradually accumulates hybrid soil from ingredients drawn from its surroundings. Akin to the functions of a living system, embedded machine intelligence allows human interaction to trigger breathing, caressing, and swallowing motions and hybrid metabolic exchanges. These empathic motions ripple out from hives of kinetic valves and pores in peristaltic waves, creating a diffuse pumping that pulls air, moisture and stray organic matter through the filtering “Hylozoic” membranes. ‘Living’ chemical exchanges are conceived as the first stages of self-renewing functions that might take root within this architecture.

Here are some breathtaking photographs from the exhibition: 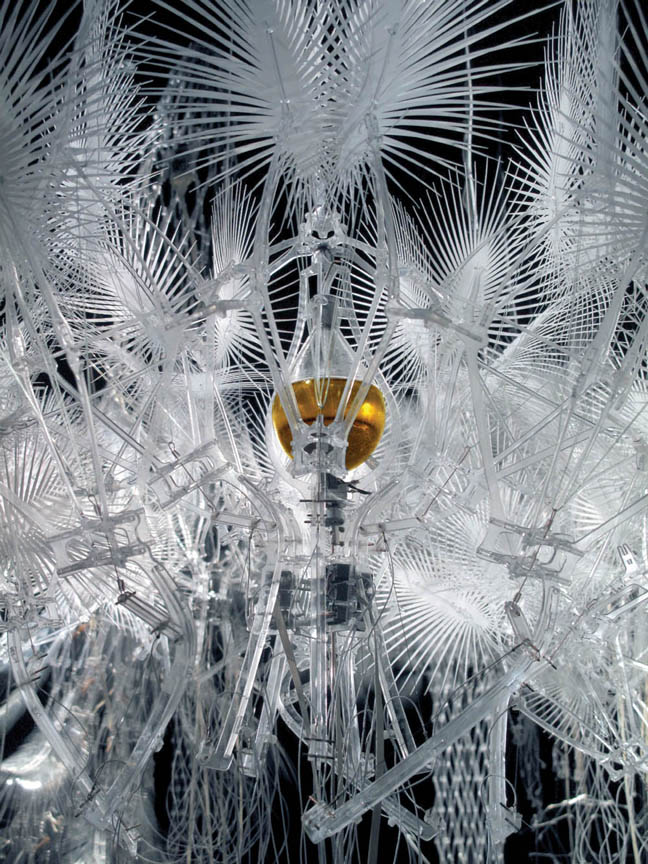 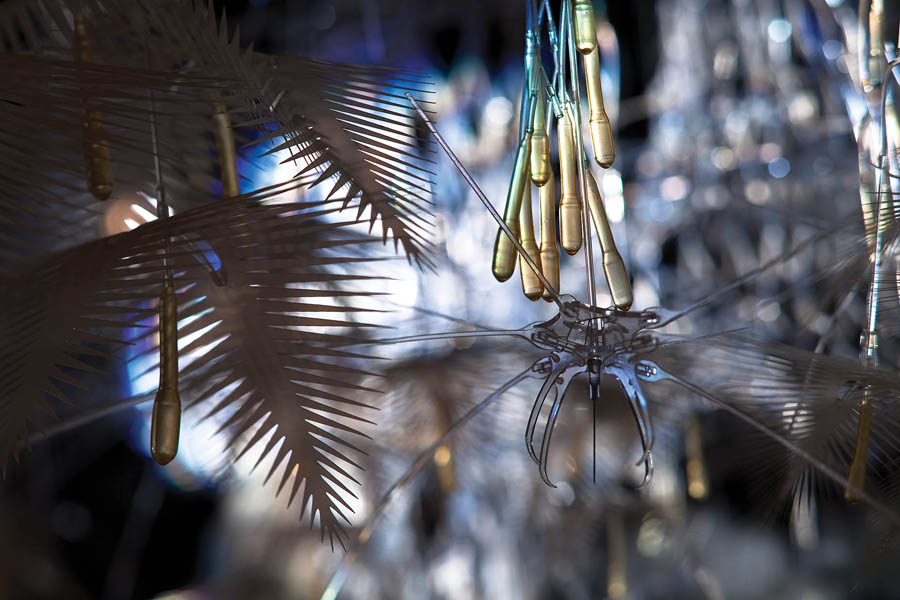 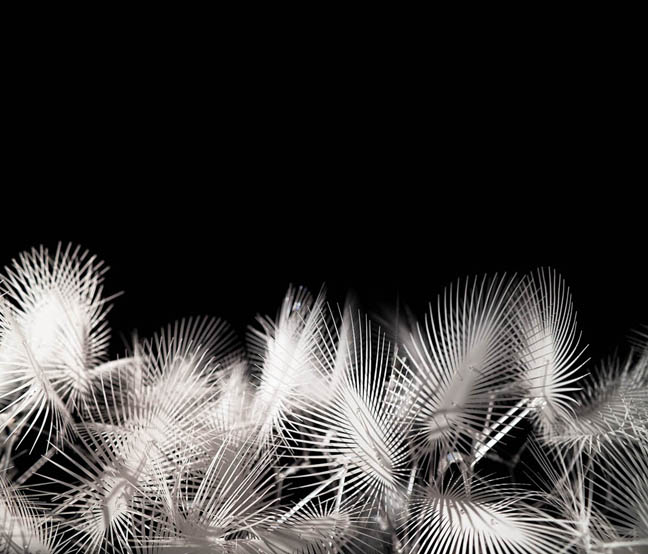 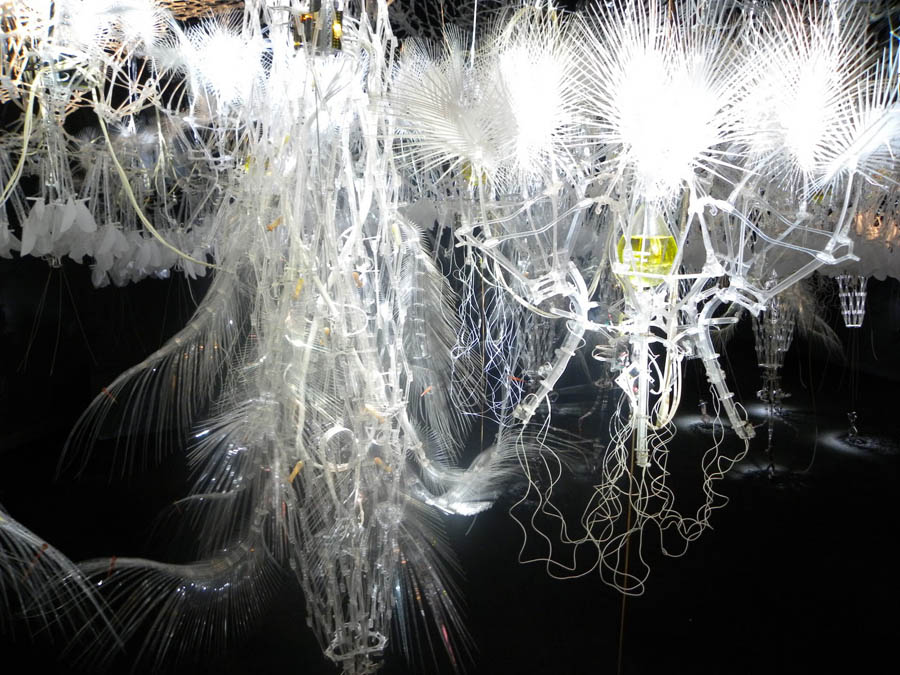 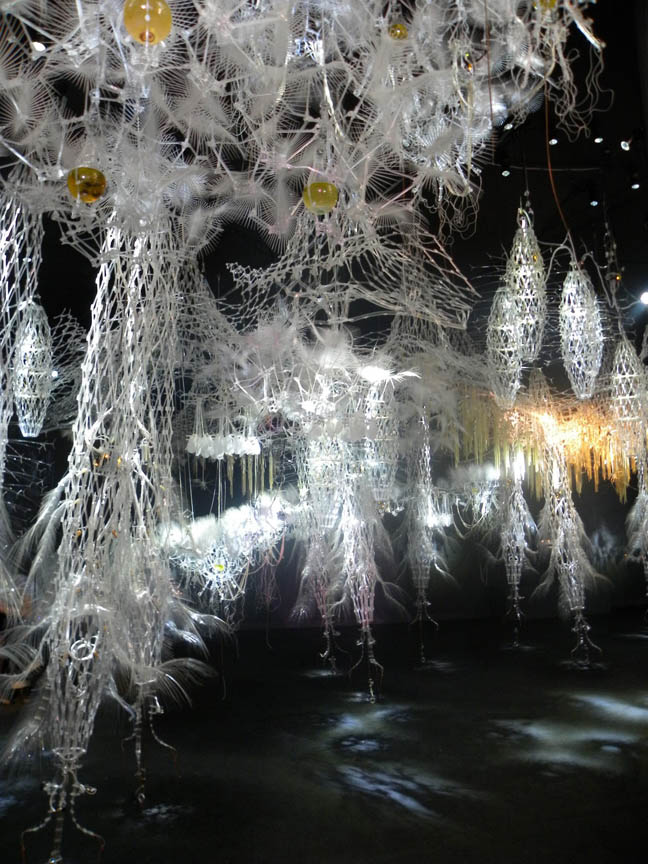 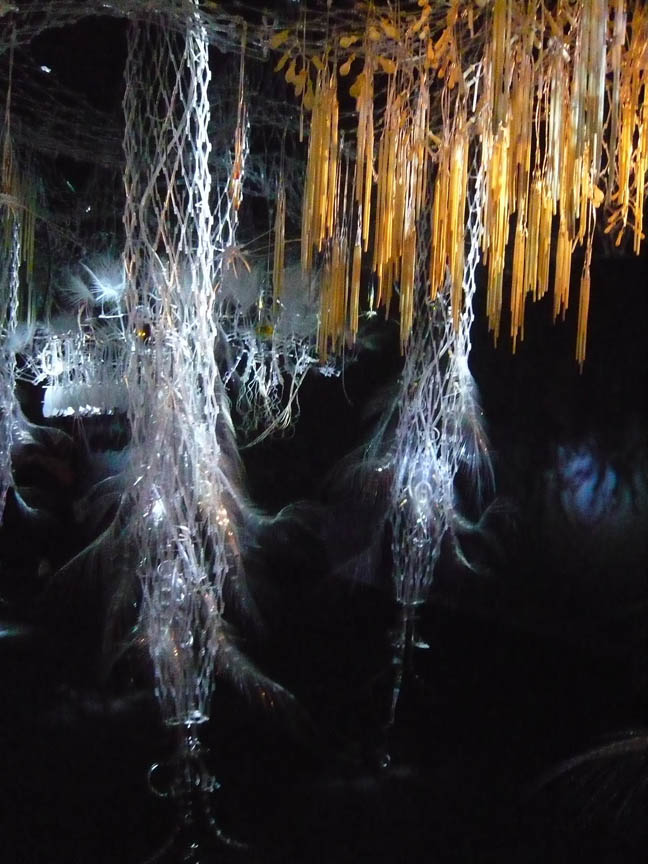 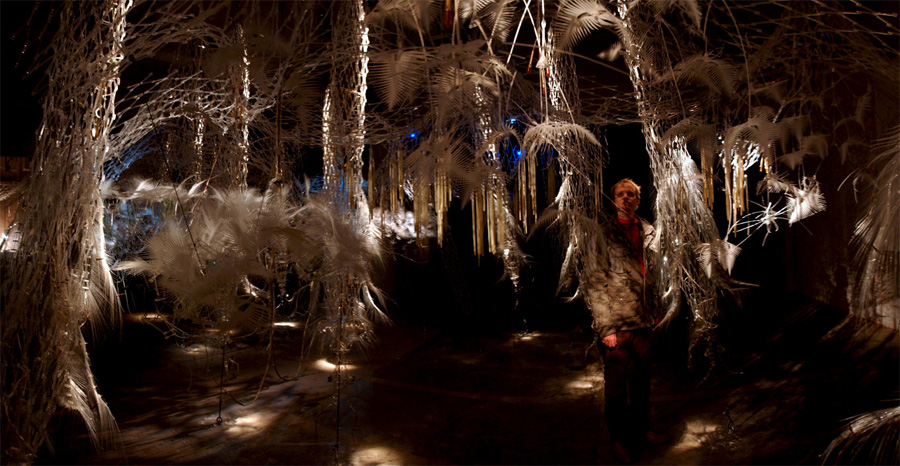 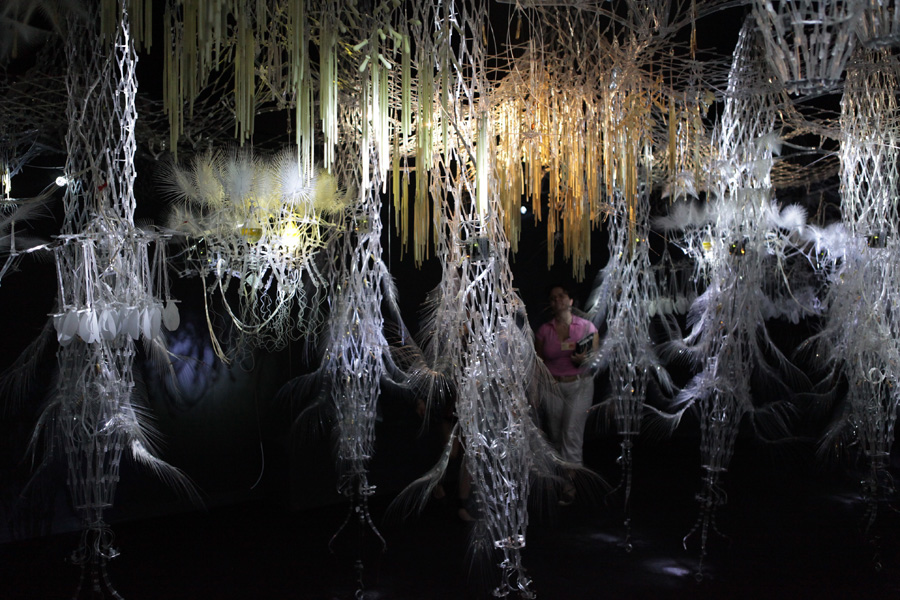