First publised in Yatzer (January 26, 2011) by Marcia Argyriades..☛..There is nothing as good as an aged bottle of wine; and in this case the aged bottle of wine is a project which was completed in 1975, but is still worth mentioning!  First and foremost we would like to thank our friend and founder of Room Servicedesign store in Greece, Katerina Xynogala for providing us with the necessary information regarding The Cement Factory, which is featured in the latest Room Service catalogue.

The Cement Factory was discovered in 1973 in Barcelona.  It was an abandoned cement factory and partially in ruins, comprised of over 30 silos, underground galleries and huge engine rooms; Ricardo Bofill bought it and began renovation works.  He identified the program; The Cement Factory was to be used as architectural offices, archives, a model laboratory, and exhibition space, an apartment for him, as well as guest rooms and gardens.  He defined the space by demolishing certain structures, cleaning cement, exposing previously concealed structures and creating the landscape architecture by planting various plants such as eucalyptus, palms, olive trees and cypresses; renovation works lasted nearly two years.

Bofill imagined the future spaces and created a layout according to the different aesthetic and plastic predispositions that had developed since WWI and were present within the factory.  A compendium of surrealist elements; paradoxical stairs that climbed to nowhere, the absurdity of certain elements that hung over voids, compelling but useless spaces of strange proportion but magical because of their tension and disproportion.  Elements of abstraction; pure volumes which reveal themselves at times broken and impure as well as elements of brutalism; abrupt treatment and sculptural qualities of the materials.  Being seduced by the elements of contradiction and the vagueness of the space he decided to preserve the factory and modify the original brutality (due to the coarse of nature and the former program), and sculpt it like a work of art.  All these magical elements stand in the midst of transformed gardens which were once the yard of a cement factory.

Various spaces came into view, and the structures were given a use; their characteristics are what assigned their new program:  the cathedral, the garden, and the silos.  The renovated construction incorporates various languages from history of Architecture, a cultured language in opposition to vernacular architecture with windows, doors, stairs and false perspectives and applied them to the exterior walls and some interiors. Slowly with the help of Catalan craftsmen the factory was transformed but will always remain as unfinished work.

The abundant space and the height provided demonstrate inconceivable moderation; the interior space has not been crammed up with too many decorative elements; rather the interiors are deliberately appointed with casual contemporary elements.  Carefully casual slip-covered white sofas, white canvas sling-back seating, tobacco colored leather sofas, large monochromatic rugs with no reference of detailing, the inconceivably tall curtains and many more elements add to the lofty style of The Cement Factory.  The office area features spectacularly lengthy conference tables paired with leather seating and beautifully framed architectural prints which hang on the walls or are displayed on wooden easels.

Ricardo Bofill currently lives and works in The Cement Factory better than anywhere else, it is the only place where he can concentrate, associate ideas in the most abstract manner, and finally creates projects, and constitutes a specific vocabulary for his architecture.

“To be an architect means to understand space, to understand space organized by man, to decipher the spontaneous movements and behavior of people, and to detect the needs of change that they might unconsciously express. It is essential to track down these issues if we want to contribute with our personal work to the history of architecture.” – Ricardo Bofill

Overall, The Cement Factory is a building with unique design and architectural elements; a lofty interior full of style.  A mixture of textures and forms, materials and impressions; the enormous spaces, the large arched windows and the stunning quality of natural light throughout the day makes it a unique place to live in and work in.  Moreover, these magical elements stand in the midst of transformed gardens which were once the yard of an abandoned cement factory. 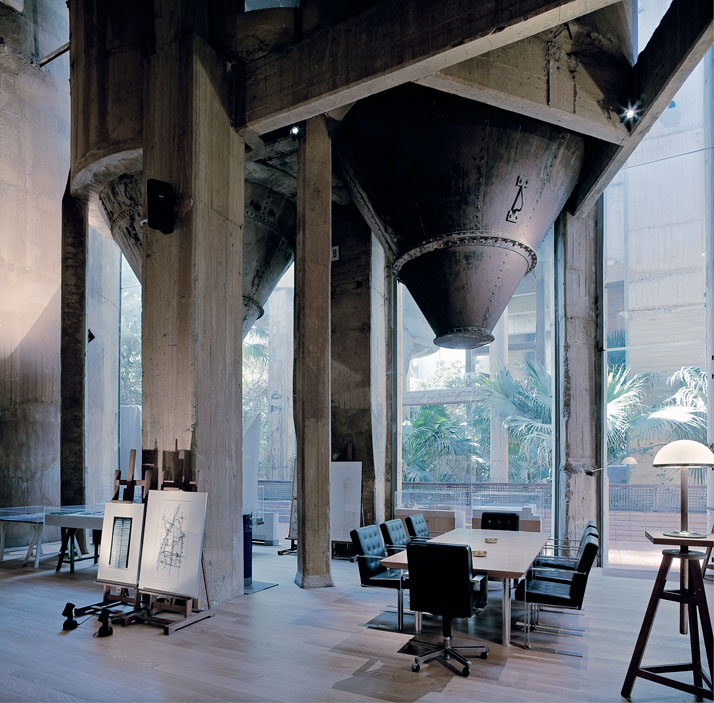 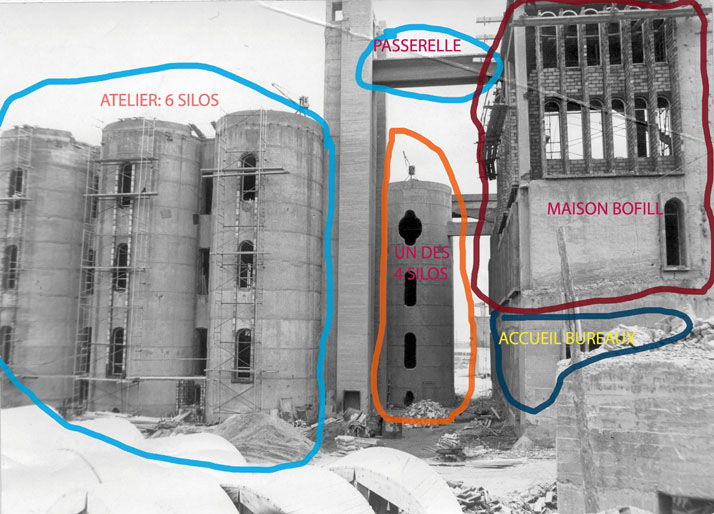 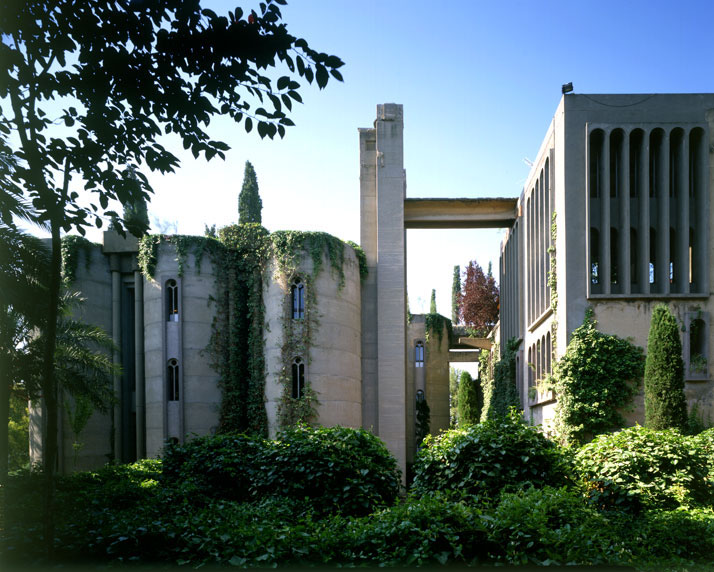 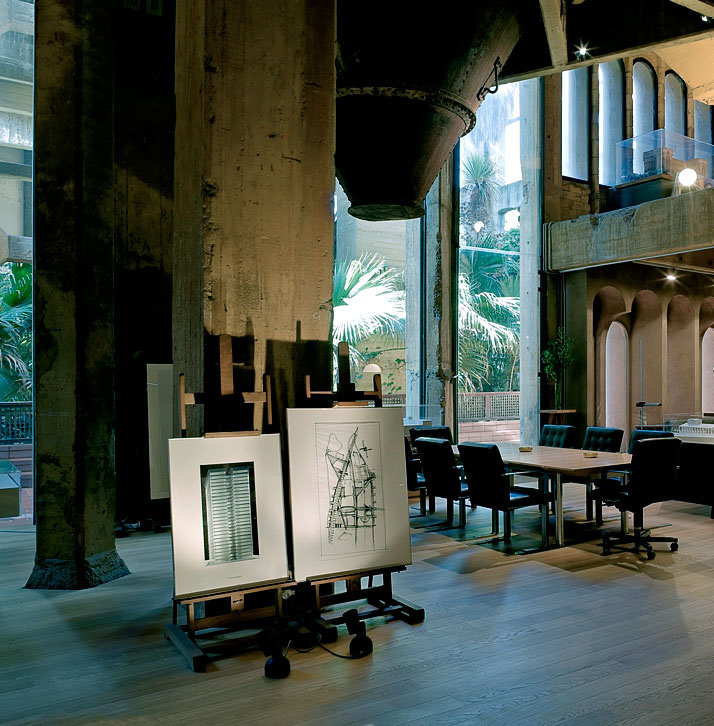 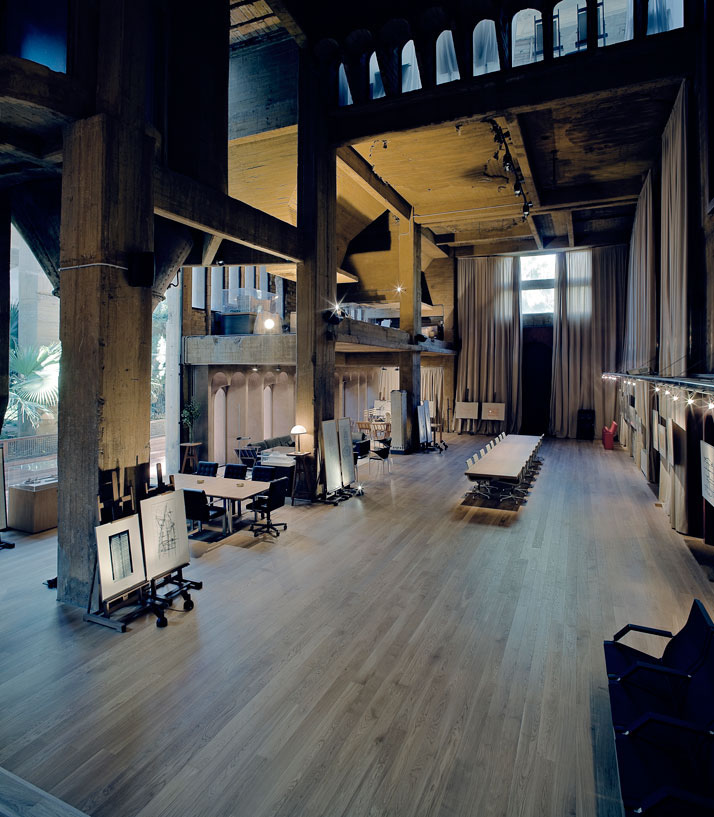 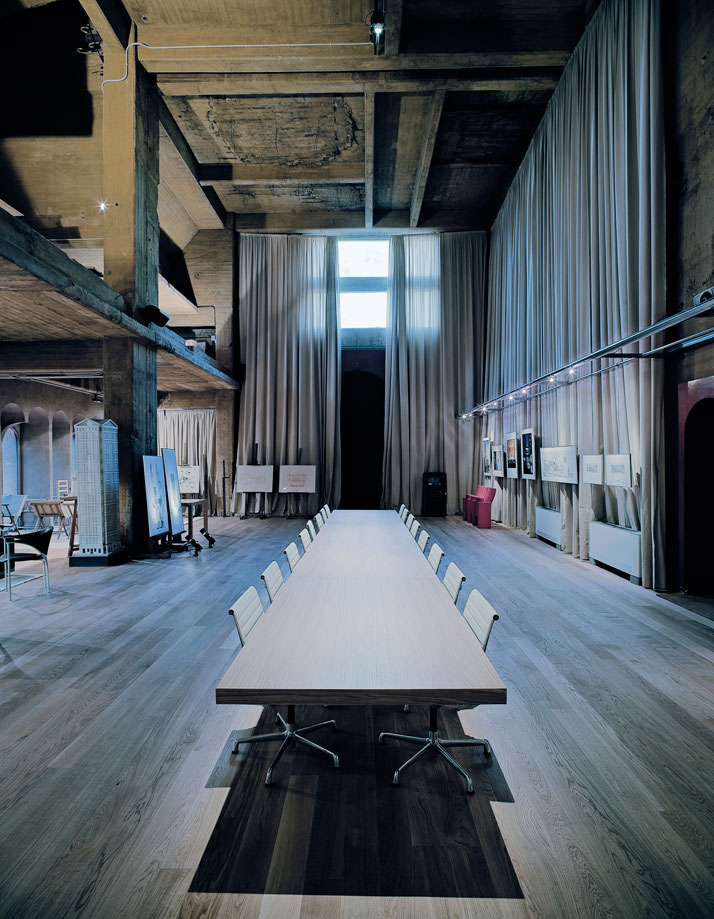 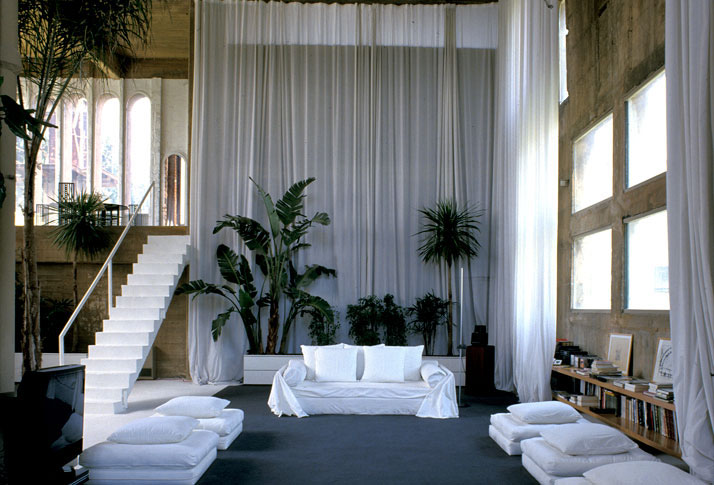 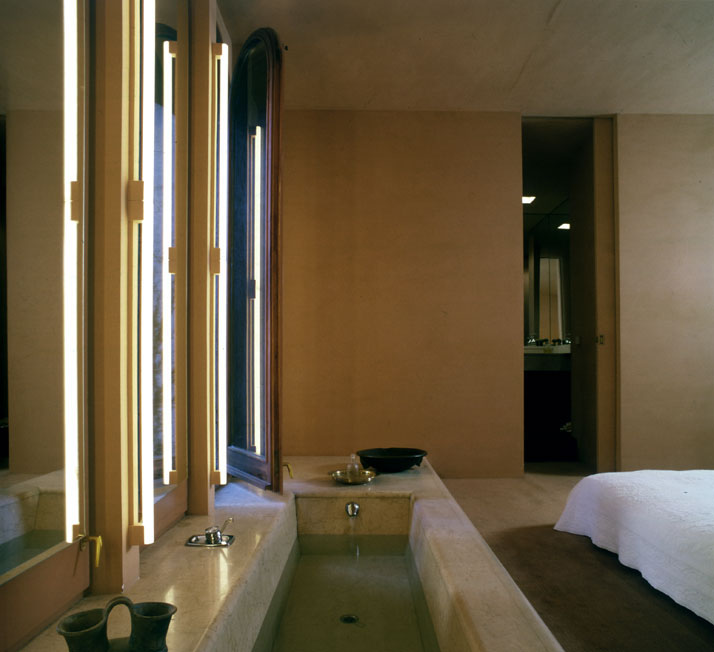 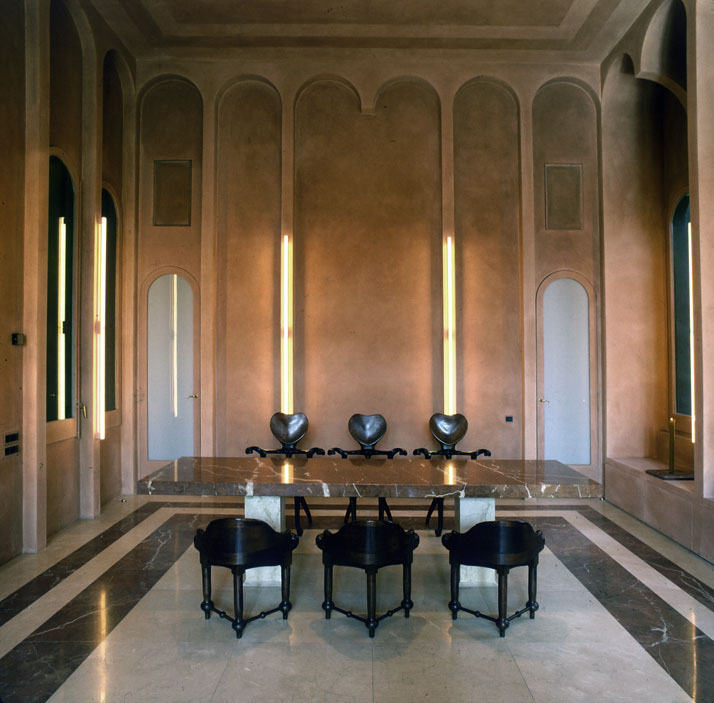 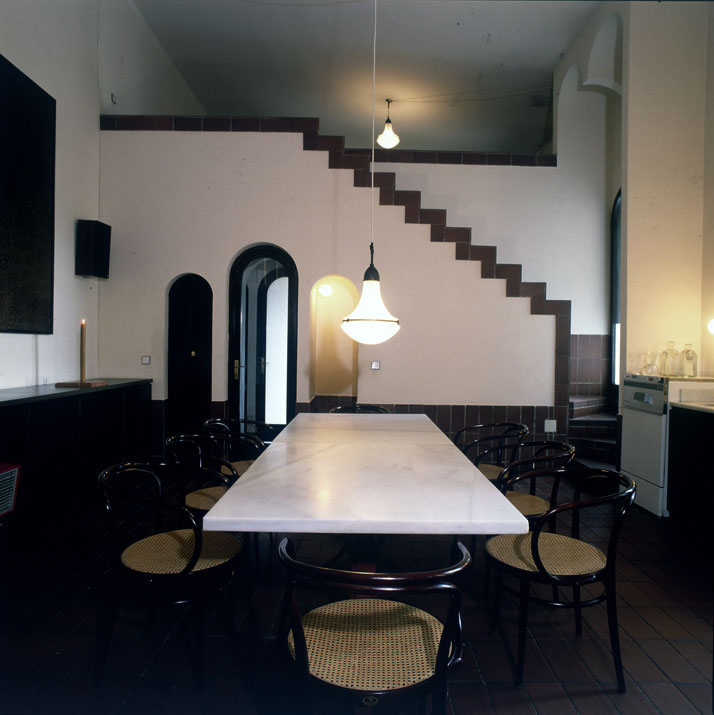 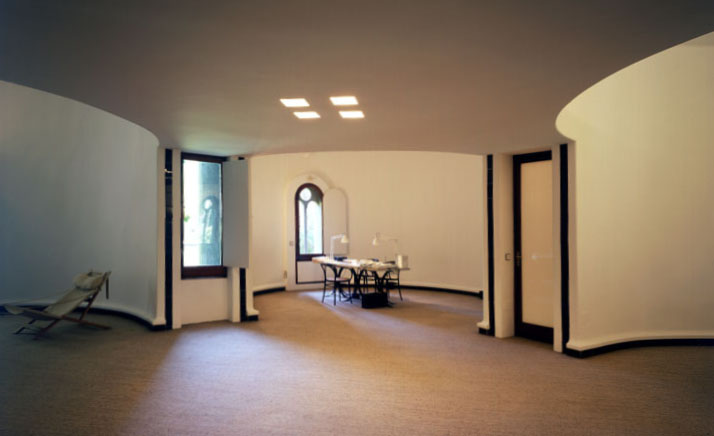 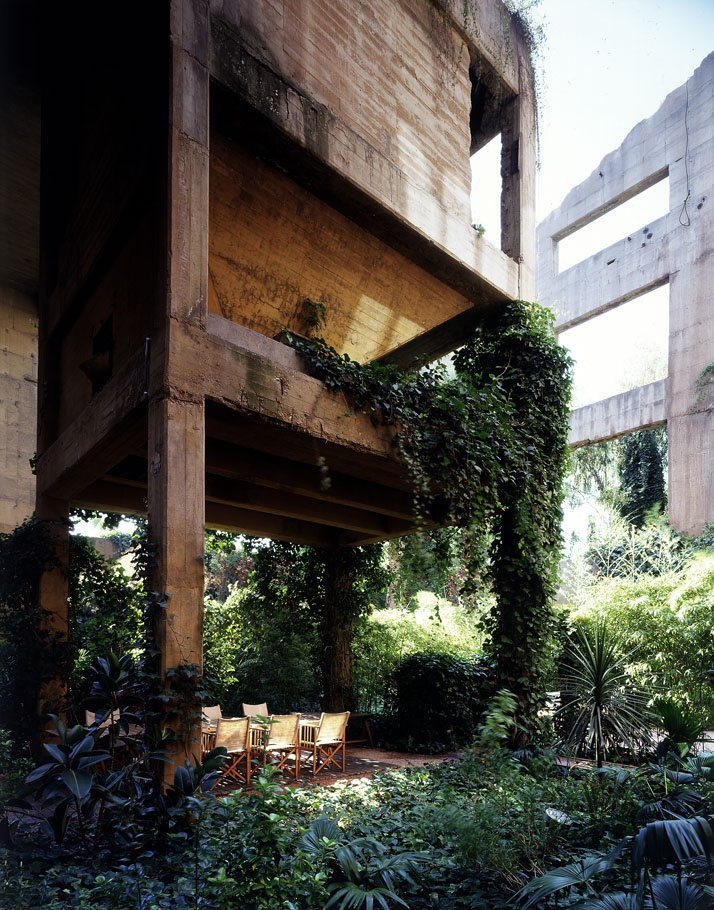 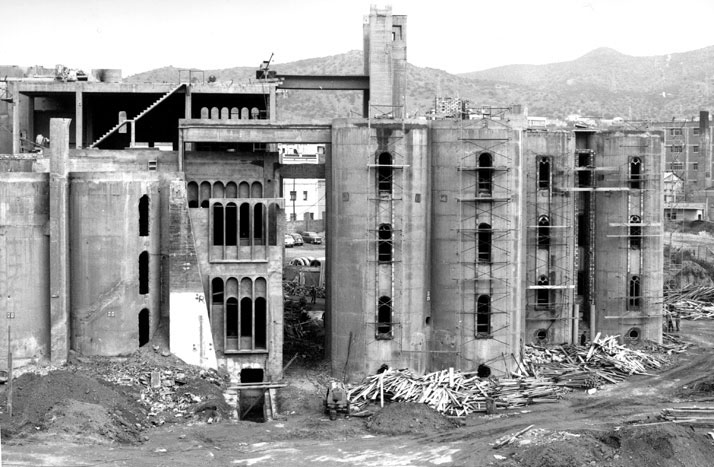 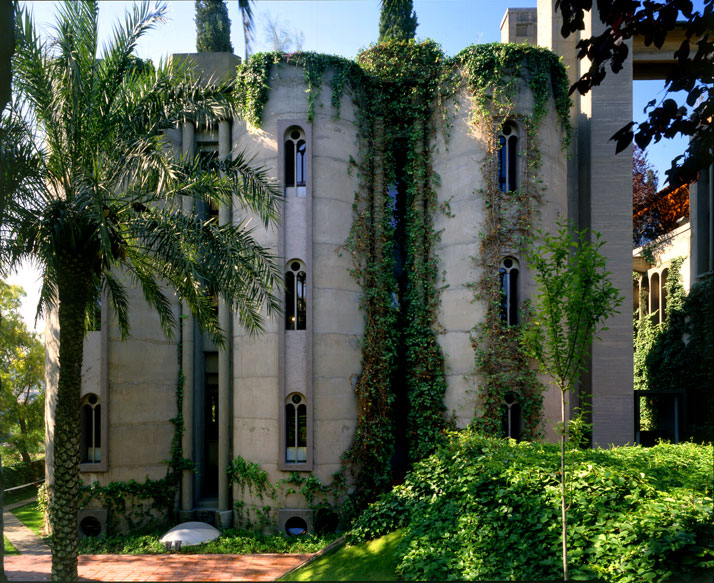