From The Playlist (January 28, 2011):.  .Wow, here’s a project that’s been knocking around for a while that we didn’t think was gonna happen. Way back last summer, reports surfaced that offers had been made to Seth Rogen and Barbra Streisand for a road trip comedy and then word around the project had quieted down. Until now. THR reports that both Rogen and Streisand have signed on to the film that will tell the rather heartwarming-sounding tale of an inventor who embarks on a road trip with his mother as he tries to sell his latest product, while he has a secret plan to reunite her with a long lost love. Rogen will play Andy Brewster, with Streisand as his mother Joyce. The film has a script from Dan Fogelman (”Cars,” “Crazy, Stupid, Love”) and, less promisingly, has Anne Fletcher (”27 Dresses,” “The Proposal”) in the director’s chair. The project has been given the green light by Paramount and things are moving quickly with a plan to start shooting the film this spring. Rogen’s pal Evan Goldberg will be producing alongside Lorne Michaels and John Goldwyn, with Streisand, Rogen, Fogelman and David Ellison executive producing. 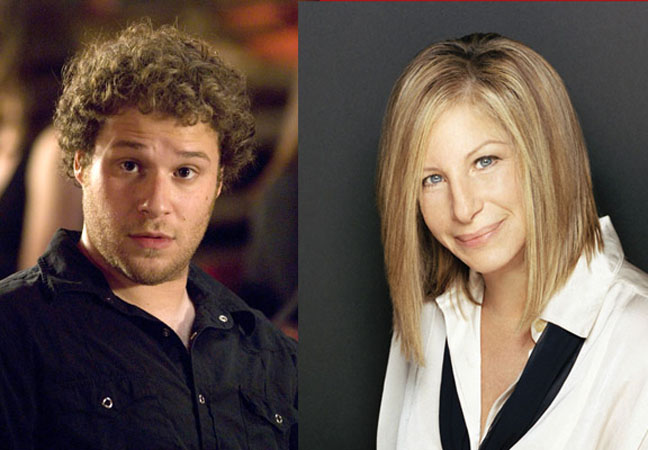 Previous post:
VIDEO: Katie Couric And TODAY Show Team Struggle To Understand “What Is The Internet?” In 1994 Next Post:
“Beginners” By Mike Mills