Review by James Rocchi courtesy of The Playlist (January 22, 2011): .Following up her debut “Me and You and Everyone We Know,” Miranda July‘s “The Future” not only echoes the qualities (and quality) of that film but expands on them in rich and fascinating ways. An L.A. couple (July and Hamish Linklater) are intent on adopting a cat they rescued. They realize that when the cat is released from medical care in a month, their lives will change, be set, connected by responsibility and care to a future both unimaginable and wholly predictable. (“We’re 35 now … by the time the cat dies, we’ll be 40 … and 40 might as well be 50 … and after that, spare change.” “Spare change?” “Less than a dollar—not enough to get anything you want …”). That deadline in place, the couple decide to take that one last month to see what the universe has in store, quitting their jobs and throwing caution to the wind, somewhat unprepared for what the wind will blow back to them. (Linklater’s new rules for success are oddly intriguing and strangely fascinating: “I’m going to look for coincidences … mistakes … I’m going to listen to what people are saying—especially if they’re touching a doorknob.”)

Much like “Me and You and Everyone We Know,” “The Future” is informed by July’s interests and perspectives. July’s characters again seem to be caught up in both the kindness and the strangeness of strangers; July also has an informed understanding of the primal absurdity of sex and want, and a keen appreciation for light and texture and the potential of film. Unlike “Me and You and Everyone We Know,” however, “The Future” dips into magical realism. And while “Me and You and Everyone We Know” presented a community of (mostly) likable eccentrics, “The Future” shows us deeply flawed people—capable of selfishness, capable of wrong, capable of love. The net effect is a combination of Nicholson Baker’s sharp flights of fancy (in general feel and in one very specific detail) and Raymond Carver’s flat, unaffected conversations that are still cinematic, not literary.

July, of course, is a gifted visual artist, performance artist and short-story writer who earned justified acclaim in those fields before turning to film, and turned back to them after. But her films are not merely visual arts pieces with dialogue, performance-art pieces on celluloid steroids or short stories on the big screen; there are scenes here that burst with the full potential of cinema, and the entire film succeeds as a single story about the terrifying possibilities of life, the uncertainty of love and the certainty of the passage of time. July’s film is both accessible—it’s loaded with laugh-out-loud lines and winning moments—and cryptic—there are tangled timelines, bizarre moments of movement and unexplained symbols—but it is undeniably hers, and unmistakably the kind of idiosyncratic, individual and independent film Sundance was meant to, and should, support. 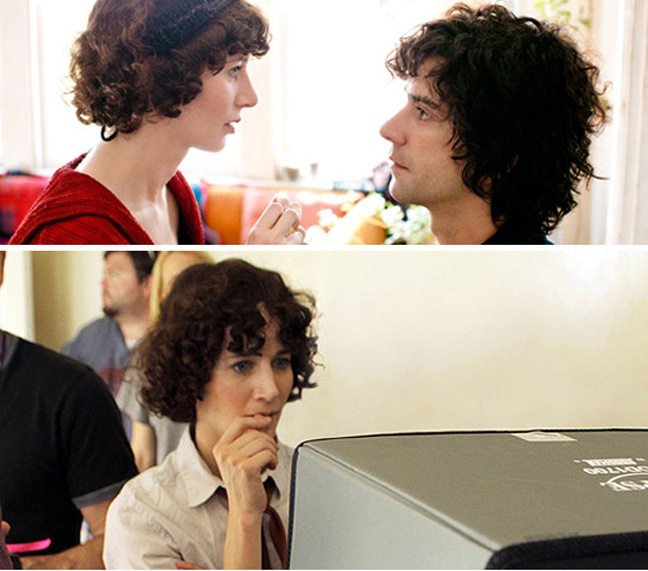