Betelgeuse’s Collapse: Why Earth Could Be Getting A Second Sun Before 2012

SYDNEY | NEWS.com.au (first published January 19, 2011): It’s the ultimate experience for Star Wars fans – staring forlornly off into the distance as twin suns sink into the horizon. Yet it’s not just a figment of George Lucas’s imagination – twin suns are real. And here’s the big news – they could be coming to Earth. Yes, any day now we could see a second sun light up the sky, if only for a matter of weeks. The infamous red super-giant star in Orion’s nebula – Betelgeuse – is predicted to go gangbusters and the impending super-nova may reach Earth before 2012, and when it does, all of our wildest Star Wars dreams will come true. The second biggest star in the Orion constellation is losing mass, a typical indication that a gravitation collapse is occurring. When that happens, we’ll get our second sun, according to Dr Brad Carter, Senior Lecturer of Physics at the University of Southern Queensland. “This old star is running out of fuel in its centre”, Dr Carter said. “This fuel keeps Betelgeuse shining and supported. When this fuel runs out the star will literally collapse in upon itself and it will do so very quickly.” When this happens a giant explosion will occur, tens of millions of times brighter than the sun, and night will become day for several weeks on Earth. “This is the final hurrah for the star,” says Dr Carter. “It goes bang, it explodes, it lights up – we’ll have incredible brightness for a brief period of time for a couple of weeks and then over the coming months it begins to fade and then eventually it will be very hard to see at all.”

The interwebs is being flooded with doomsday theories saying the impending supernova confirms the Mayan calendar’s prediction of the Armageddon in 2012. These conspiracies aren’t helped by the word “Betelgeuse” being associated with the devil. Though it is a derivation of the Arabic phrase “yad Al Jauza” meaning the “hand of Al-Jauza” referring to a mysterious woman that controls the order of the universe, it hasn’t stopped some people from clearing out their bunkers and stocking up on tinned food. Far from being a sign of the apocalypse, according to Dr Carter the supernova will provide Earth with elements necessary for survival and continuity. “When a star goes bang, the first we will observe of it is a rain of tiny particles called nuetrinos,” says Dr Carter. “They will flood through the Earth and bizarrely enough, even though the supernova we see visually will light up the night sky, 99 per cent of the energy in the supernova is released in these particles that will come through our bodies and through the Earth with absolutely no harm whatsoever.” Stars such as the supernova produce elements that are critical to life on Earth. Quite literally, the whole of Earth and our solar system is made of star stuff, including most of the heavy elements of the Periodic Table. “It literally makes things like gold, silver – all the heavy elements – even things like uranium….a star like Betelgeuse is instantly forming for us all sorts of heavy elements and atoms that our own Earth and our own bodies have from long past supernovi,” Dr Carter said.

Some experts have speculated Betelgeuse’s explosion may cause a neutron star or result in the formation of a black hole approximately 1300 light years from Earth, but Dr Carter says it could go either way. “There’s a reasonably even chance of a neutron star or a black hole”, he says. “If it were me, I’d suspect it would more likely become a black hole at 20 solar masses.” 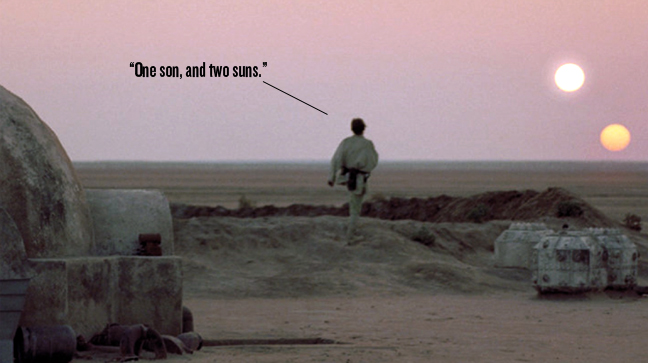 Previous post:
The Radio Dept. “Domestic Scene” Next Post:
Photo Of The Day: A 1/2 Mile Block Of 40-Story Buildings Could Fit In This Cave