For their very first “theme-based” exhibition, Ymer & Malta have opened their doors to their brand new studio in Paris with Marbe Pods Plume (“featherweight marble”).  The show’s purpose is to encourage designers to “rethink and challenge the forms and attributes traditionally associated with the material in order to create the lightest objects out of marble.” I was most struck by A&A Coreen’s marble spotlight design.  The light balances on its center of gravity and can be positioned differently, allowing the user to get the most functional use out of it as possible.  The marble’s soapy translucency gives the housing a beautiful glow effect, and can be placed in either a vertical or oblique angle. 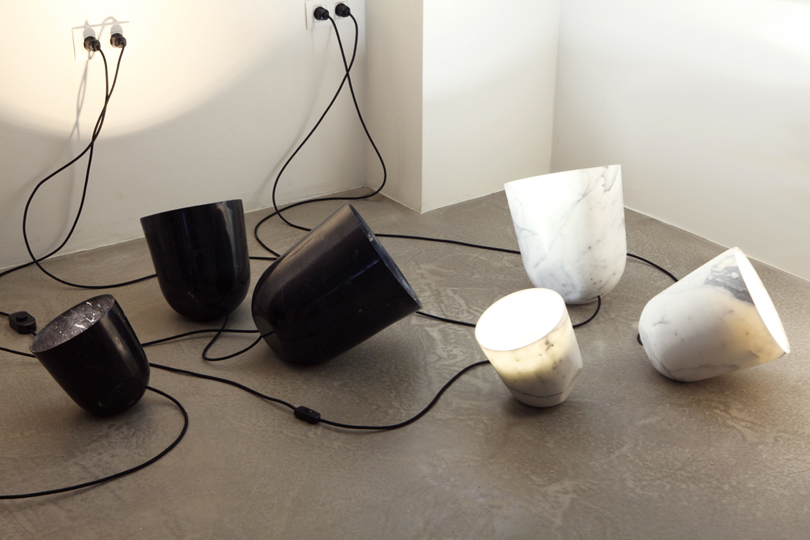