Comparing US States With Foreign Countries: Population And GDP

The Economist recently made statistical comparisons of each American states’ GDP population when compared to similarly-sized foreign nations.  California is, of course, the largest US state economy, and if it were to be considered a country in its own right its GDP would rank globally at #8 (falling between #7 Italy and #9 Brazil).  And as far as populations are concerned, Texas and Saudi Arabia once again are blood brothers. 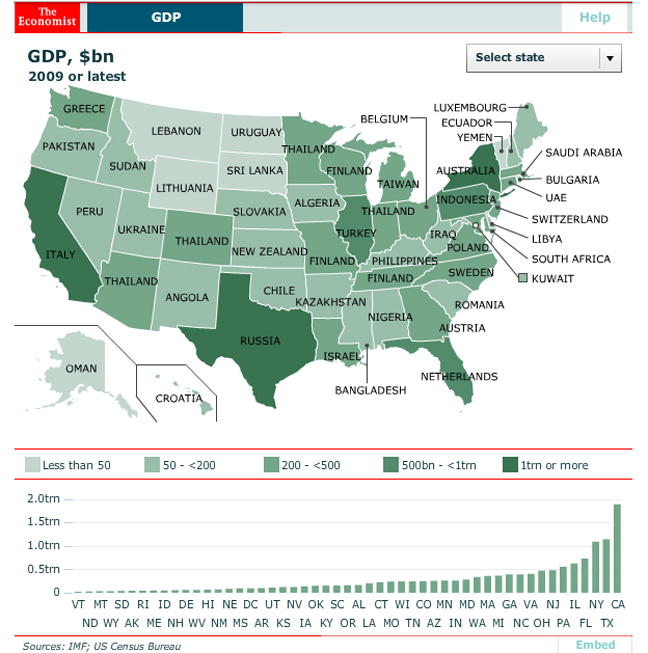 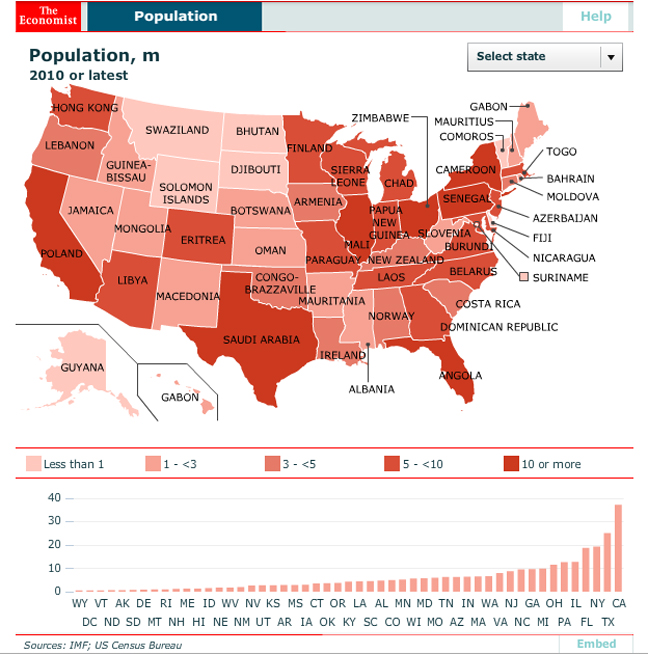