Not long ago I was reading an article on the future of product design.  Imagine a world where you have your home 3D printer (i.e. a stereolithography machine that prints with layers of plastic-like resin) and when you find, let’s say, a chair design online that you really like, you can buy the rights to download the design and print out the chair in full for use immediately.  Amazing in its own right, now things seem to be getting even more complex.  A company by the name of i.materialize has created a process called Direct Metal Laser Sintering™ whereby using powdered titanium combined with white hot computer-assisted lasers, you can build three dimensional titanium objects of unthinkable complexity that would be nearly impossible to build by hand or even assembled by a robot.  The whole system is currently far too expensive to be practical, but it wasn’t that long ago when we thought something like Skype was science fiction.  Direct Metal Laser Sintering™ is already here and shouldn’t take too long for the word to get around. 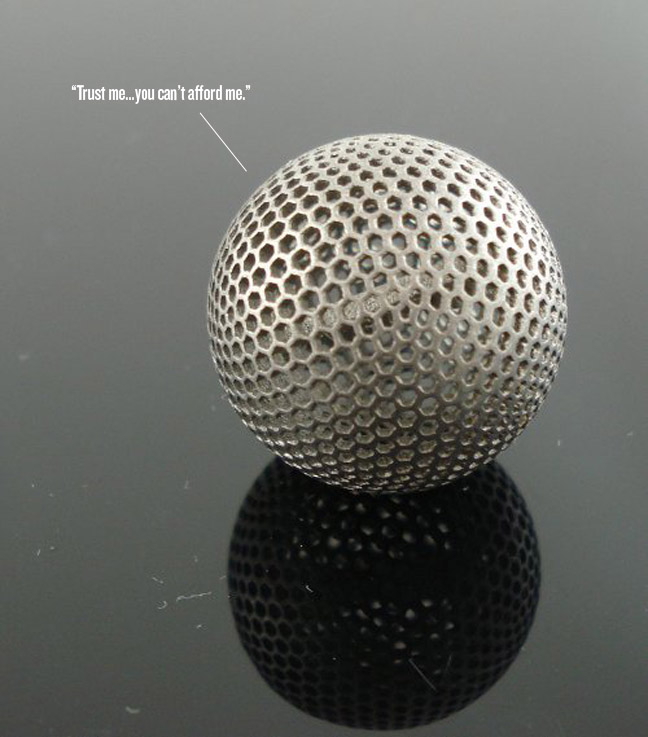 And here’s that 3D chair printer I was referring to.  Here’s what 3D Printers Australia had to say about it:  “I wish I had a robot arm so I could turn it in to a 3D printer. And this is exactly what Dirk van der Kooij has done. Based in the Netherlands, (wonder if he is related to the guy building the Ultimakers?) Dirk has fitted his robot arm (doesn’t everyone have a robot arm in their garage?) with a hopper which melts plastic from recycled fridges and to print chairs. In principal is works in the same way as a FDM printer however it has an a hopper which melts and extrudes plastic from raw granuals. Robot arms are bloody expensive however tooling for a chair of this size would be of a similar $ level however a tool can only make one chair design where has Dirk’s 3D printer robot arm can make chairs in as many different variation as he can think up. Brilliant!” 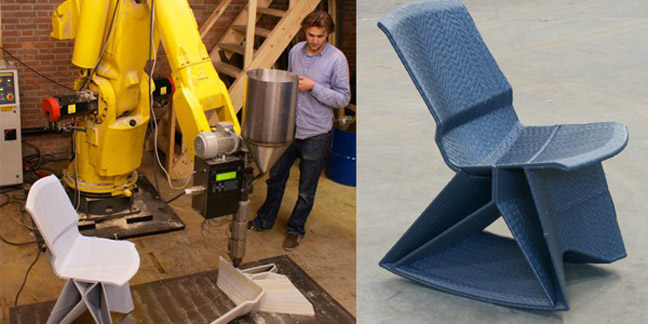