First of all, I’m not posting this picture because I think Madonna’s trying to be something she’s not.  I think Madonna’s beautiful even without Photoshop, and for someone who was redefining an industry long before Lady Gaga was a drunken accident of conception between two white trash inbreds, Madonna was out there gettin’ shit done.  I’ve worked in film for nearly ten years now and I know what the A-listers look like when they show up for work in the morning.  And you know what?  They look a whole lot better than we do.  Madonna included.  So why pick on Madge?  It’s as simple as this: because she’s rich and I’m not.

One thing that has always bugged me about people’s negative overreaction to images like this (which annoys me to no end … get over it people!) is that they overlook the artistry of the Photoshop experts that create them.  I’m not sure who made this one (I would love to see the fully completed image if it’s out there), but they did a great job and I hope Madonna herself was impressed.  Why do makeup artists get so much public recognition but Photoshop geniuses are shut out?  I don’t appreciate that one bit.  I’ve done some retouching of photos myself and it’s hard fucking work.  Whoever did this one deserves a free front row ticket to the Material Girl’s next stadium show.  And I volunteer myself to be their plus one. 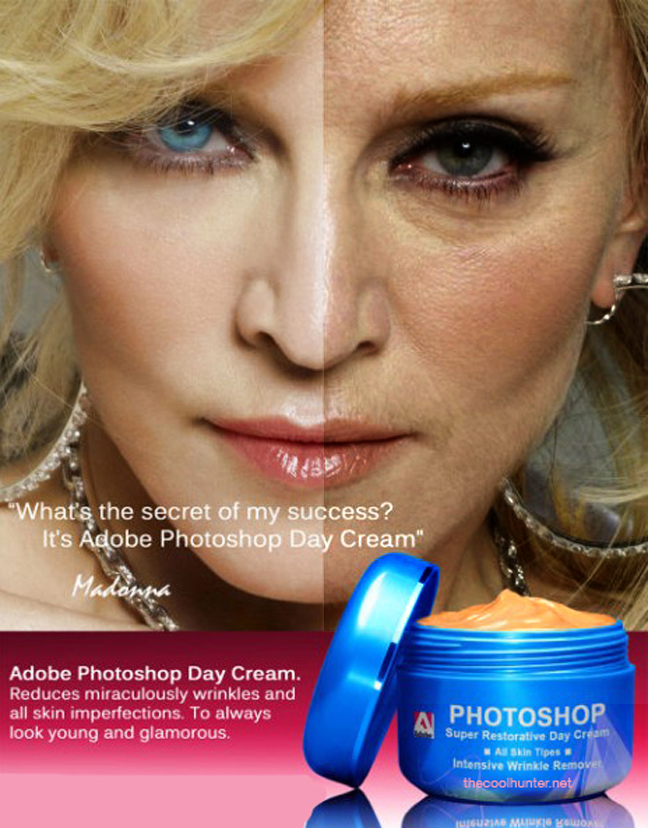 Previous post:
Optical Illusion Of The Day: The Flickering Mona Lisa Next Post:
Comparing US States With Foreign Countries: Population And GDP