The Challenge Of Aging In A Narcissistic World

From The Challenge Of Aging In A Narcissistic World by Vivian Diller, Ph.D; first published in The Huffington Post (January 11, 2010):

Aging has never been a walk in the park, but doing so in today’s world is a challenge few us were prepared for. Which reminds me of two recent news items that have created quite a flurry. Upon first reading them, they seemed unrelated, but I now believe there is a connection that explains the attention they’re getting.

The New York Times article, “A Fate That Narcissists Will Hate: Being Ignored,” described the pending removal of narcissistic personality disorder (N.P.D) from the fifth edition of the Diagnostic and Statistical Manual of Mental Disorders (DSM-V). The article suggests people are worried that this change is an ominous sign of the times. Removing this particular disorder, they believe, reflects a culture that views narcissism and self-involvement as acceptable character traits.

The Times article makes the important distinction between Narcissistic Personality Disorder and the casual use of the term narcissism. Guilty of the latter myself, I remind us here that N.P.D. is a diagnosis assigned to patients with unrealistic and pathological grandiosity, while the word narcissism is loosely used to those who care little for others — e.g. selfish spouses, egotistical leaders, self-involved celebs — and to connote normal self-regard. I remind us too that deleting any category from the DSM in no way means that the disorder or its symptoms have necessarily disappeared. Instead, the deletion of N.P.D. (as well as five other personality disorders) is being suggested because their use as a diagnostic categories have been deemed more confusing than helpful.

As a psychologist, I know that political and academic infighting occurs with every new addition to or subtraction from the DSM. I know too, that the American Psychiatric Association makes these changes after years of debate and only if research indicates the need for refining or redefining any particular diagnoses. Besides, psychotherapists use the DSM as a guide — more like a handbook for treatment planning and insurance purposes — not for deeper understanding of psychology, pathology or sociology.

In any case, these “insider” issues are typically of interest only to those academics in charge of reducing complicated mental illnesses into categories. Sometimes they provoke heated conversation among psychotherapists (who find the manual annoyingly simplistic) or insurers (who are concerned changes will expand coverage). But it’s the strong reaction by the general public to this particular revision that is striking and I believe is rooted in a larger issue. The fear that narcissism is now being viewed, not as ‘next to normal,’ but as normal itself is creating enormous discomfort and much of it is coming from the generation (my own) of Baby Boomers.

Which leads me to the second news article that has been gathering attention, “Baby Boomers Approach 65 — Glumly.” Written by the PEW Research Center, an organization that reports social and demographic trends, the piece noted that, “On January 1, 2011, the oldest Baby Boomer will turn 65,” By 2030, it claims, fully 18 percent of the nation’s population will be at least that age, pointing out that “Baby Boomers are more downbeat than other age groups about the trajectory of their own lives and the direction of the nation as a whole.” Disappointment in marriage, finances, economic views, technology, religion and the news were found high among by this group, leading the report to conclude that Boomers in general were “pretty glum.”

In all fairness, being down about these concerns seems to cross generations, so singling out Boomers as feeling particularly glum raises questions about what to make of the PEW report. One Huffington Post blogger reacted to the report in her article, “Life After 50: Are You Anxious About Aging”:

While reading it, I felt my shoulders sinking lower and lower, my head started to ache and my heart seemed to grow heavier by the second. This visceral reaction wasn’t because I was buying into what they were reporting. Far from it. It was because I knew that the media would have a full-blown field day with the findings, and the only thing that people, especially those over 50, would get from it would be that we are depressed, anxious, in a funk, glum and gloomy.

To be sure, the media did have a field day with this PEW Report, but few addressed a key component that gives greater value to its findings. Granted, the fact that 10,000 people will be turning 65 everyday for the next 19 years is a statistic worth noting. That Boomers now account for 26 percent of the total U.S. population is also remarkable. But, what is truly worrisome, is the fact that this group will be getting older by the millions in a culture perceived as self centered and youth obsessed. You see, we Boomers are not just facing personal, professional and financial losses. We face a deep, existential and real fear of becoming irrelevant, unimportant and invisible. Confronted by both visible signs of aging and chronic injuries to our bodies, we come face to face with changes that threaten us with losing our very footing in life. This “forever young” generation expected to live well into our 80s and 90s, we just didn’t expect to look and feel so old in a narcissistic culture. Nor did we expect to care as much as we do about it all. 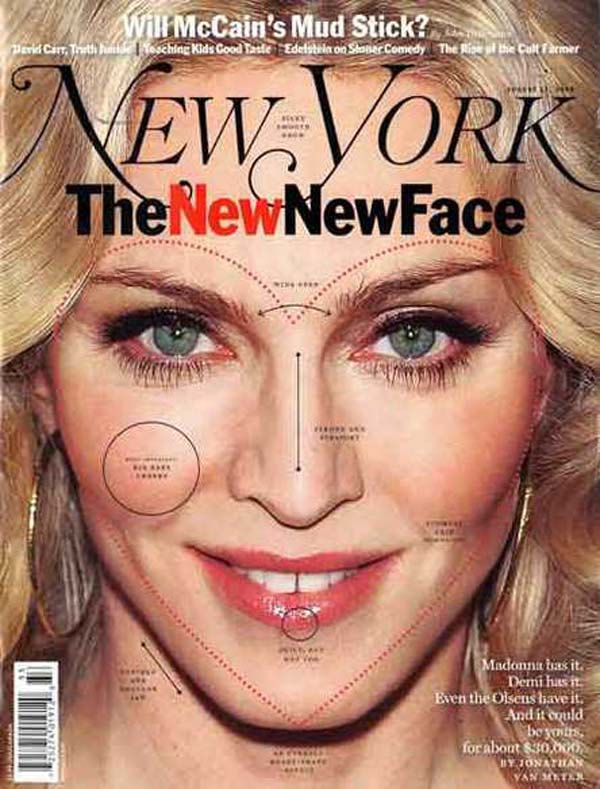 So, what we have here is a perfect, cultural storm. You take the inevitable loss of the strength, virility, health and looks hitting millions of people in a culture that elevates all things young and beautiful and who wouldn’t feel “glum?” Perhaps Boomer depression isn’t about reaching midlife, but about anticipating living 30 or 40 more years in American culture? This dilemma might explain why so many in our generation are desperately trying to ‘anti-age’ — women using plastic surgery to look years younger, men turning to Viagra or Cialis to sustain potency well into the night. Their solution? If we can’t turn the direction our culture, we can at least try turning back our biological clocks?

Which leads me back to the DSM and the fierce reaction that the potential revision is creating by large groups of people outside of academia. Surely deleting any diagnosis associated with the term narcissism can be unsettling. But I believe what is truly disturbing is that so many of us are facing the ultimate narcissistic injury; getting older in a world that equates aging with invisibility. We need to join forces (all 78 million of us!) to find ways to feel confident, proud and optimistic as we reach 65 in a culture pushing us in the opposite direction. We need to draw attention to the many contributions our vital generation continues to offer so that we can make “gleam the new glum.”

Instead of focusing on PEW stats or removing N.P.D. from the DSM, Boomers could work on finding an identity that goes beyond graphs, percentages and diagnoses . How about we call ourselves the ABV generation — Aging But Vital — so everyone can see us for who we are; far from being eliminated and definitely not dead yet.

Tell me what you think about starting an ABV movement? And ideas about how we can do that? And don’t forget to “friend” me on facebook, follow me on twitter and take a look at my website,www.FaceItTheBook.com.

Previous post:
The 82-Year-Old Witch In Charge Of The Golden Globes™ Seating Chart Next Post:
Andrew Garfield For DETAILS Magazine